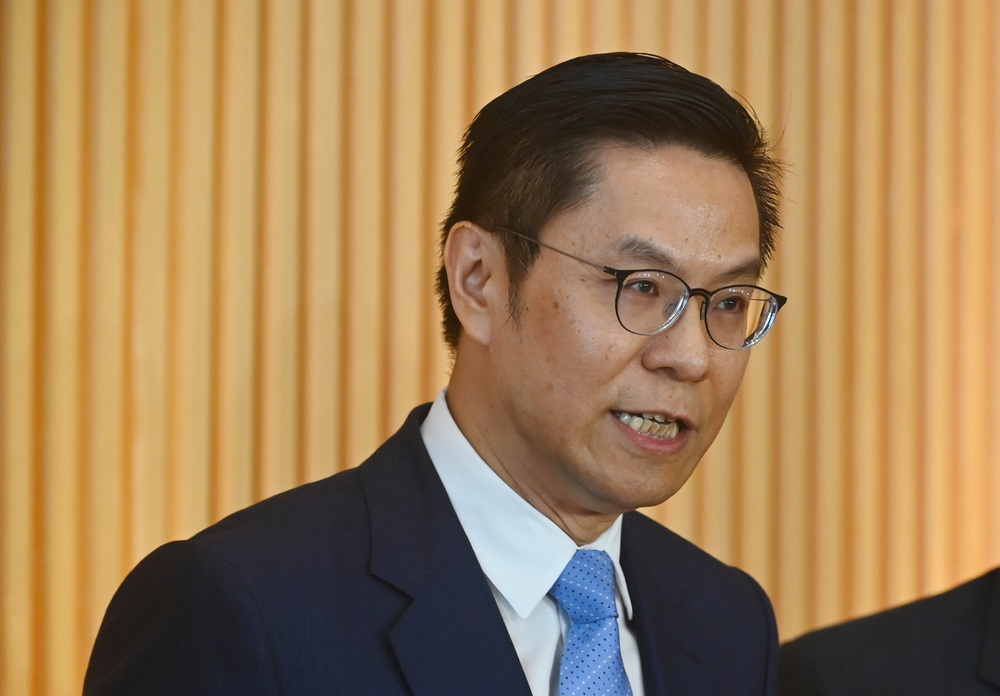 Deputy Director of Social Welfare (Services), Lam Ka-tai, passed away this morning, after collapsing at the Social Welfare Department’s headquarters in Wu Chung House, Wan Chai on January 20.
Lam, 59, was certified dead at 11.48am in Pamela Youde Nethersole Eastern Hospital after being in critical condition and fought for his life in the intensive care unit for 11 days.

Officials all expressed their sorrow and grievances after learning about Lam's death.

"I was deeply impressed by his enthusiasm for work, care for senior citizens and the disadvantaged groups and upholding of the profession of social workers," Carrie Lam said.

"Modest and dedicated, he was willing to listen and resolved problems proactively, earning him the respect of the social welfare sector and the love of colleagues of the department," she added.

He was also sincere to people, showing respect and care to senior citizens as if they were his own family members, according to Carrie Lam.

"I am deeply shocked and saddened by the passing of Ka-tai. I extend my deepest condolences to his family and will provide all necessary assistance for his funeral arrangements," Carrie Lam said.

"With Ka-tai's departure, we have lost a best friend and best colleague. It is also a tremendous loss for the Government of the Hong Kong Special Administrative Region. Nevertheless, he and his spirit of serving the community will always be in our hearts," she added.

"Ka-tai, may you rest in peace. You will be sorely missed, always."

"K T had a strong passion for helping the poor and the disadvantaged. He was a highly committed and conscientious civil servant," Cheung said.

"He was a real gentleman, always courteous, helpful and sincere, and was highly and widely respected by all in the Social Welfare Department and in the welfare sector," he added.

"We have lost an outstanding social welfare policymaker and practitioner with a strong sense of professionalism. I have lost a brilliant colleague and true friend. K T will be sorely missed."

Secretary for Labour and Welfare Law Chi-kwong said, "In serving the Social Welfare Department for 33 years, his strong commitment to serve, hard work and quality performance earned respect from colleagues across disciplines as well as stakeholders, organisations and front-line personnel in the welfare sector."

"Regardless of positions, he was a good listener and communicator. He led his teams in implementing people-oriented welfare initiatives with a mission to help those in need and he fully demonstrated the professionalism of a social worker," Law added.

"Colleagues in the Labour and Welfare Bureau are all saddened by his passing, which is a great loss to our team. On behalf of our bureau, I would like to extend my deepest condolences to his family. The SWD will make every effort to provide assistance for the family as appropriate."

"Mr Lam was a conscientious and dedicated colleague who showed empathy and had served with strong commitment in his more than 30 years of public service. He would always be a role model for civil servants. On behalf of the civil service, I offer my deepest condolences to his family," Nip said.

"The Civil Service Bureau will continue to liaise with the Social Welfare Department and make every effort to help the family during this sad and difficult period," he added.

"On behalf of the Social Welfare Department, I would like to extend my deepest condolences to his family. The department will make every effort to provide assistance for the family as appropriate," Leung said.

At 8.08am on January 20, a staff member found the door to Lam's office open in the Social Welfare Department headquarters on the eighth floor of Wu Chung House in Wan Chai.

He then found Lam unconscious on the floor but he was still breathing and had a pulse.

Lam was rushed to Ruttonjee Hospital in Wan Chai before being transferred to Pamela Youde Nethersole Eastern Hospital at 2pm.