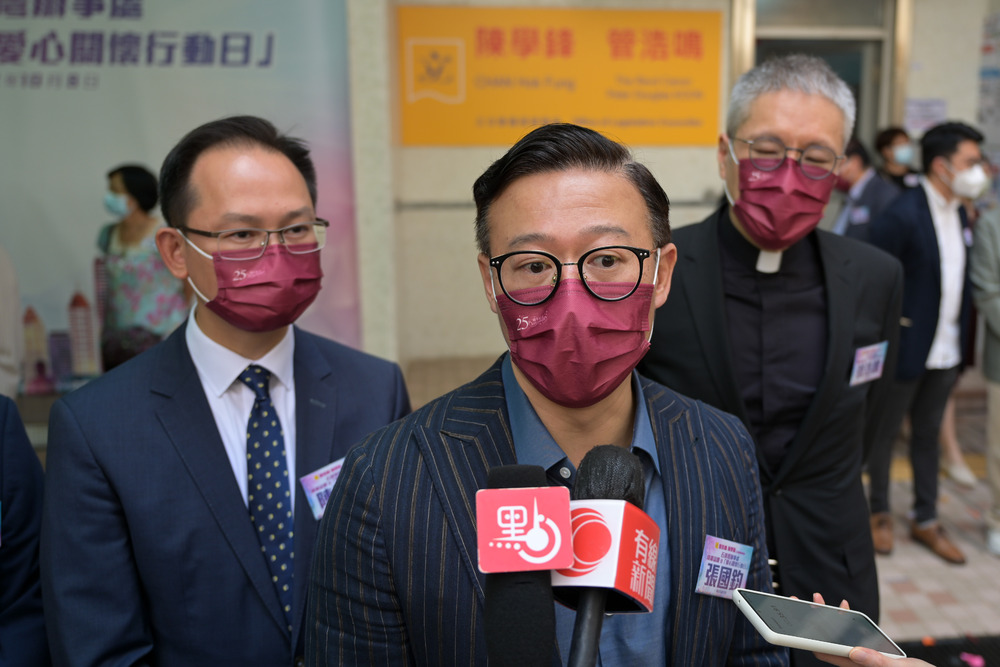 Deputy Secretary for Justice Cheung Kwok-kwan said law enforcement agencies will act according to the law if sufficient evidence is secured after police arrested four civil servants on Friday for suspectedly buying vaccine exemption certificates.
Cheung spoke to the media after attending an event Saturday and continued that citizens must abide by the law in the fight against Covid. If anyone breaks the law, law enforcement agencies will follow up on the cases equally and fairly if they obtain sufficient evidence, he added.

His remarks came after police on Friday arrested civil servants aged 25 to 48 for suspectedly buying the exemption certificates for up to HK$2,500.

Cheung called on citizens to remain vigilant and continue to practice the Covid curbs so that Hong Kong can return to normalcy as soon as possible.

He pointed out that the Department of Justice will hold Hong Kong Legal Week 2022 from November 7 to 11.

He also highlighted that the recent “0+3” measure can allow the city to invite more international professionals and scholars to the event and further reinforce the city's status as the leading center for international legal and dispute resolution services in the Asia-Pacific region.
#vaccine  #Covid
Add Comment