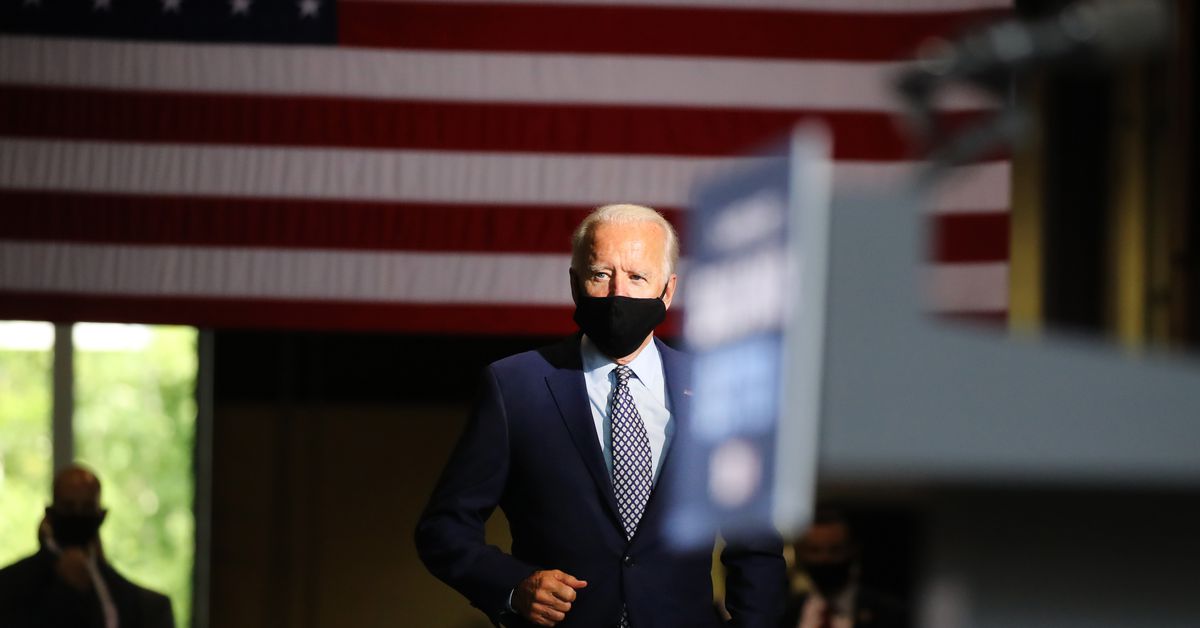 Democrats are worried they can’t trust the 2020 state polls. Maybe they should be.

The polls say things are looking very good for former Vice President Joe Biden. Polling averages show the presumptive Democratic presidential nominee ahead in Pennsylvania, Michigan, Wisconsin, Florida, North Carolina, and Arizona. And some eye-popping surveys even have him leading President Donald Trump in Texas, which hasn’t gone for a Democrat since 1976. But is it all too good to be true? Many Democrats certainly seem to think so.

“I don’t trust polling,” Michigan Rep. Debbie Dingell recently told the Atlantic. “I don’t believe that Biden is 16 points up in Michigan; that’s a bullshit poll, and it’s the same people who said Hillary [Clinton] had it in the bag.”

Dingell is among the Democrats traumatized by polling missteps last cycle, which led surveys to overlook the strength of Trump’s support in key battleground states including Michigan, Wisconsin, and Pennsylvania — three states Clinton was counting on to win the election. In a late-October survey of Wisconsin, for example, the Marquette Law School poll had Clinton up by 6 percentage points, while Trump ultimately won the state by 0.7 points.

After the election, pollsters conducted an autopsy of why there was such a disconnect between state polls and the final electoral outcomes (though perhaps less so than some Democrats believe).

The review, led by the American Association for Public Opinion Research (AAPOR), identified multiple factors: For one, some pollsters failed to weight for education — so more educated individuals who favored Hillary Clinton were overrepresented in samples and skewing the results. For another, many surveys missed the wave of undecided voters who may have broken for Trump at the last minute.

Importantly, as many pollsters frequently emphasize, the way polls are interpreted also matters: These surveys, after all, are intended to be a “snapshot” in time, and not necessarily predictive of the election’s final result. It’s worth noting, too, that there are variables that make every cycle different: According to a mid-July New York Times analysis, because of the polling lead he currently has, Biden would still win key battleground states if the polls had errors comparable to the ones they saw in 2016.

Since the last presidential election, pollsters have tried to make fixes based on what they learned, but there’s only so much they can do to prevent a repeat. They’re also grappling with even more uncertainty this year given the ongoing pandemic, and questions about what turnout will look like with mail-in voting.

“In 2016, there were multiple factors that contributed to polls, especially in the upper Midwest states, systematically underestimating Trump’s support,” says Courtney Kennedy, the director of survey research at Pew and lead researcher on the AAPOR study. “Some of those factors are within pollsters’ control, and others are not.”

In other words, it’s certainly possible the polls could be off again.

There are some changes pollsters have made to account for the failings of 2016.

Chief among them is the decision to weight for education, a variable that hadn’t had as overwhelming an effect in skewing polls prior to that cycle.

“The main thing that we and everyone else changed was to have a weight by education,” says Matthew Grossmann, the director of Michigan State University’s Institute for Public Policy and Social Research. Grossmann is among multiple pollsters who said they’ve made this adjustment, though there are some who have not.

In 2016, polls that did not adjust for education included a higher proportion of educated voters — who were more likely to back Clinton and as a result, bolster her apparent support in the polls. In one example that AAPOR looked at, a Michigan State University poll originally gave Clinton a 17-point lead before adjusting for education. After doing so, her lead went down to 10 points.

“On the whole, the field has improved quite a bit on that score,” says Kennedy.

Such changes are not enough to ameliorate all the issues that came up, though. Marquette, for example, already weighted education in 2016 but still saw some of the same errors as other polls that did not.

“I think education is very important to weight to, but I don’t believe it is a magic bullet in 2016 or today,” says Charles Franklin, the director of the Marquette poll.

Late-breaking voters, a high proportion of whom backed Trump in 2016, are one variable that still poses a challenge. “We can’t do a damn thing about what happens if people decide to change their minds at the last minute,” says Franklin.

Practically, one of the ways to address this issue would be to keep on polling as close to Election Day as possible — though even the most up-to-date surveys could miss those who don’t make up their minds until they’re at the ballot box.

“We do what we can on this. Common practice is to ask people, ‘If the election was held today, who would you support?’” says Kennedy. “We tend to ask a follow-up question: ‘Who are you leaning toward?’ That’s reasonably about as much as we could do [to] follow up with the undecideds.”

One factor that could reduce the uncertainty generated by undecided voters: There could be fewer of them this cycle compared to 2016.

“A similar last-minute shift toward President Trump seems unlikely,” says Joshua Clinton, a political science professor at Vanderbilt University who helped conduct the 2016 polling autopsy. “The relative stability of President’s Trump support throughout his presidency, and the ceiling of support that he seems to have, makes it hard to imagine how voters might suddenly become more enthusiastic in the last week of the campaign in ways that would be beyond the ability of polls to capture.”

As the election fast approaches, and more state polls come out, experts also warn that people should be cognizant of how they read these surveys. Specifically, they caution, these polls are intended to capture public sentiment during a moment in time, and not to provide a prediction of an election outcome that’s still months, weeks, or even days away.

“It’s when you say, ‘So what [do] my polls today say about November,’ that we are inherently on the weakest ground, because we don’t know what the course of the virus, or the protests, or the economy, or, God help us, yet another unexpected development may come up,” says Franklin.

Because of the myriad variables at play, pollsters warn that it’s incredibly difficult for a survey to identify a winning candidate with absolute certainty, especially in battleground states where the vote could well be close again. “I would not think that polls could predict the winner in a competitive state,” says Kennedy.

Experts worry that treating polls as a definitive read on the election could also have a negative effect on voter behavior. According to Slate, some studies suggest that voters are less likely to participate if a race does not seem close, a dip that could also be driven by campaigns reducing their voter mobilization efforts.

Vote-by-mail and the pandemic further complicate polling this year

The polling problems that plagued surveys last cycle are also compounded by new uncertainty this year.

Specifically, the use of vote-by-mail due to the coronavirus pandemic makes predicting the composition of the electorate that much harder. It’s unclear how closely turnout will match up with prior years because of public health concerns about physical polling places and questions around the number of people who’ll use mail-in ballots instead.

“It’s difficult to do a turnout model because you’re not sure who’s going to turn out. That’s going to be even harder in an election that has extensive vote-by-mail,” says University of New Mexico political science professor Lonna Atkeson.

On the upside, vote-by-mail could offer new insights for pollsters if people vote prior to Election Day and reveal who they supported. “It’s plausible that we will get a better read on what people’s votes are because some will have already sent the mail back,” says Franklin.

Broadly, mail-in voting is just one of several unknowns that pollsters are continuing to juggle, underscoring just how much ambiguity experts are still dealing with.

“No election in the US is going to be a foregone conclusion,” says Kennedy.