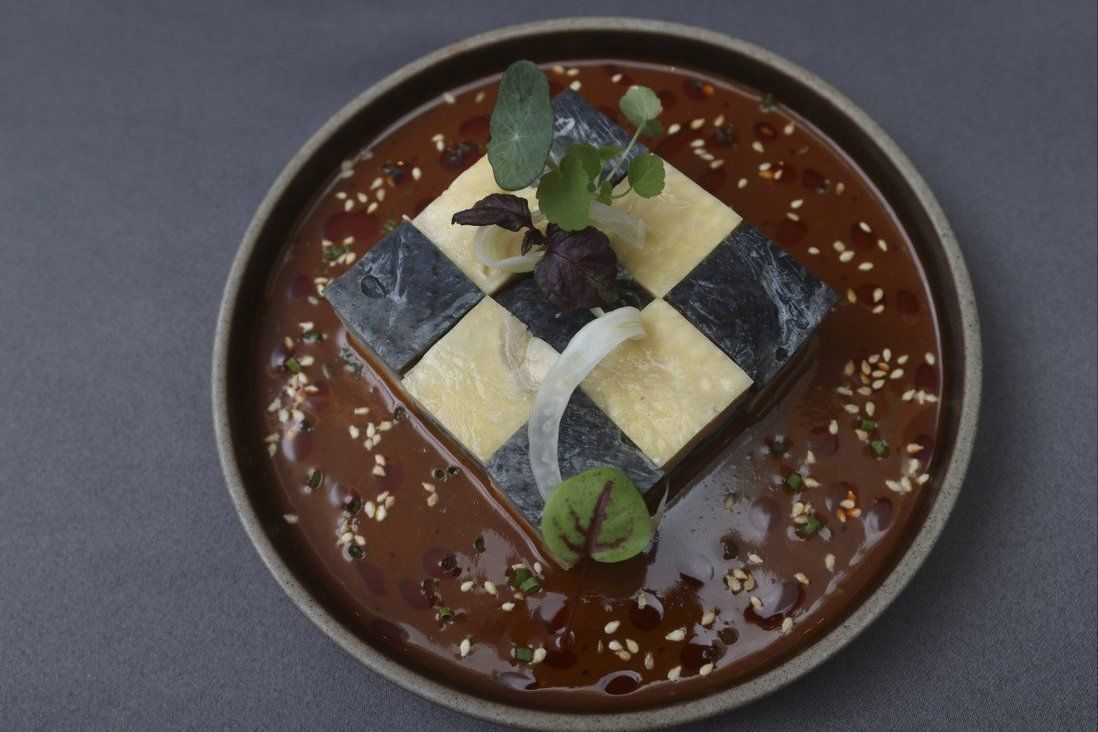 Delicious Chinese dishes and great service at Mian in Central

In The Murray where Guo Fu Lou used to be, Mian impressed with the well-balanced flavours and attractive presentation of its food, and helpful staff.

We weren’t sure what to expect when we stepped into Mian, the spacious and elegant Chinese restaurant at The Murray in Central that replaced the Cantonese establishment Guo Fu Lou. It had been receiving a lot of hype on social media, with posts showing the same press photos over and over again, but we wondered if it was going to be just another flash in the pan.

If it is (which would be a shame), it won’t be because of the food or service.

We had a difficult time deciding what to eat because there were only three of us and so much of the menu sounded tempting. We were helped by our waiter, who enthusiastically recommended several items, prevented us from ordering too much, made an off-menu suggestion and offered to serve a half-portion of another dish.

From the list of appetisers, we chose the boneless silky fowl and chicken fillets with spring onions and dan dan sauce (HK$188/US$24). It was attractively presented, and the poultry itself was tender and subtle. But the well-balanced sauce elevated the dish to something special. It was only slightly spicy, so didn’t overwhelm the taste of the chicken. 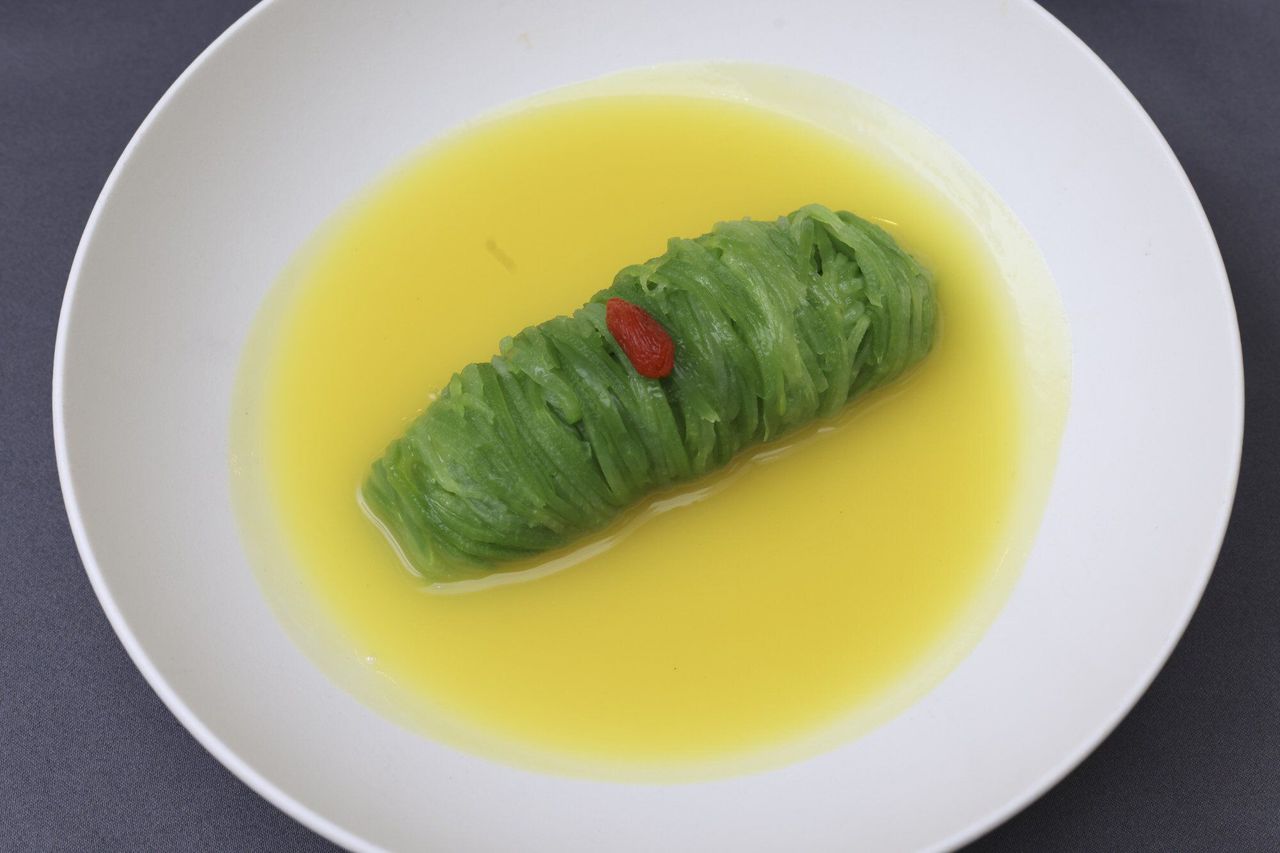 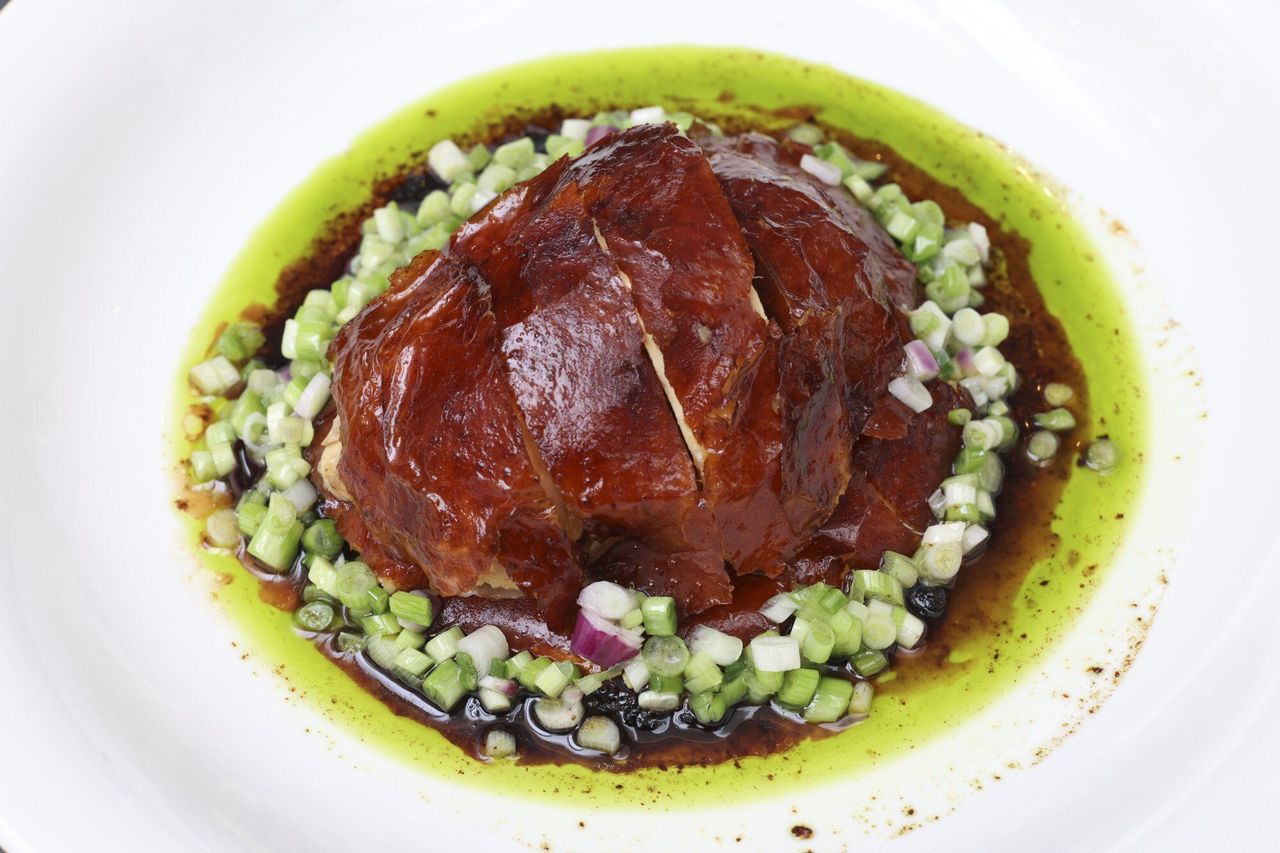 We had one really expensive dish, the lobster with tofu and Sichuan chilli pepper sauce (HK$898). As with the cold appetiser, the sauce, which had small pieces of preserved vegetable, wasn’t so spicy that it overwhelmed the lobster’s sweet meat or the cubes of soft bean curd.

An off-menu dish of scallion oil crispy chicken (HK$388 for half) was simply delicious. It was similar to Cantonese-style fried chicken, but had depth from the light sauce that was flavoured with charred spring onions. The skin was crisp and the meat – even the breast – was moist. 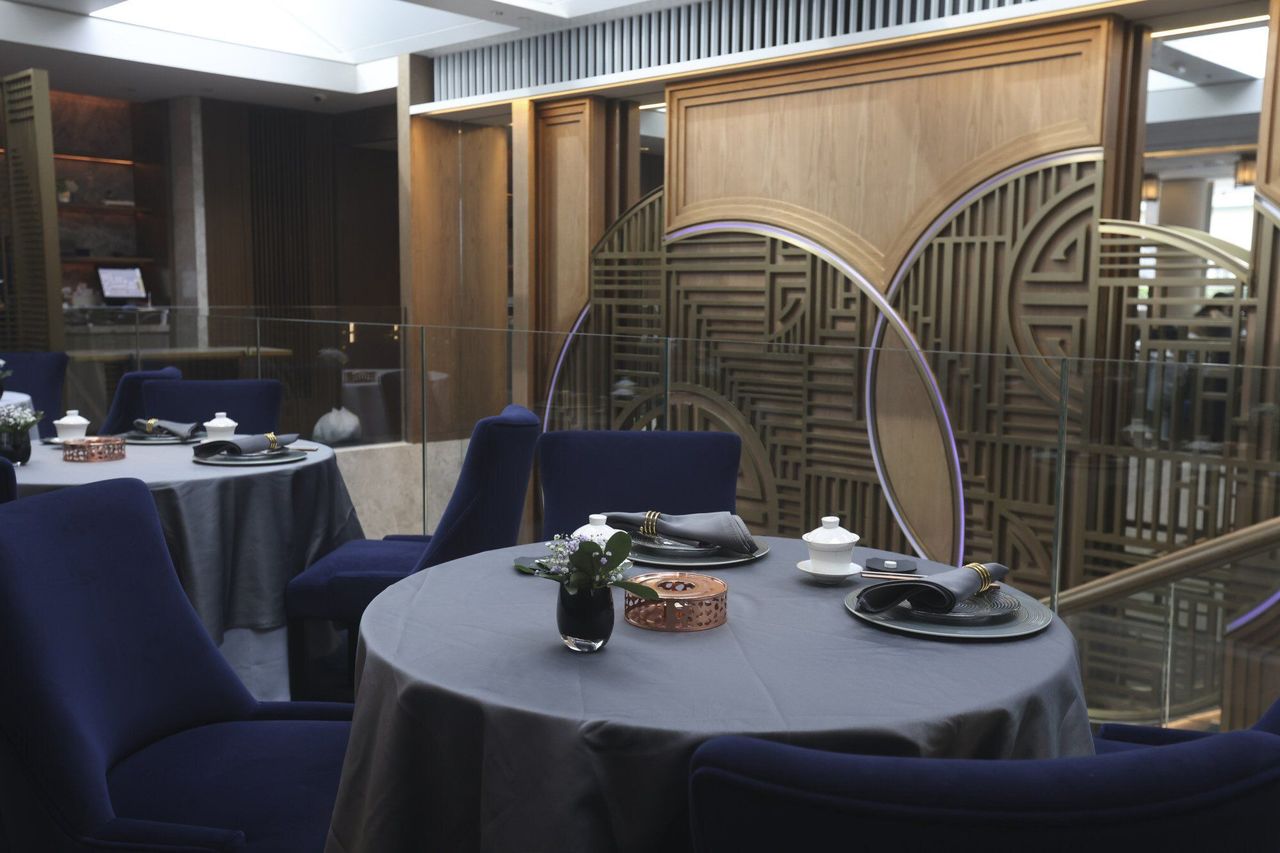 The interior of Mian.

Braised bitter melon in broth (HK$198) was probably my favourite dish because it was so unusual and perfectly executed. The first bite of the melon had the expected bitterness, but the rich, thick broth tempered the flavours, making the vegetable cool and refreshing.

We decided to have a starch dish to end the savoury part of the meal, so the waiter suggested an upmarket version of the humble tomato pork chop rice, which you can usually have for less than HK$80 at a cha chaan teng.

This baked Kagoshima pork chop rice with organic tomato and egg was HK$488 for a full portion to feed four, but our waiter offered us a half portion (HK$298). We had to order an extra egg (HK$20) so each of us could have one. 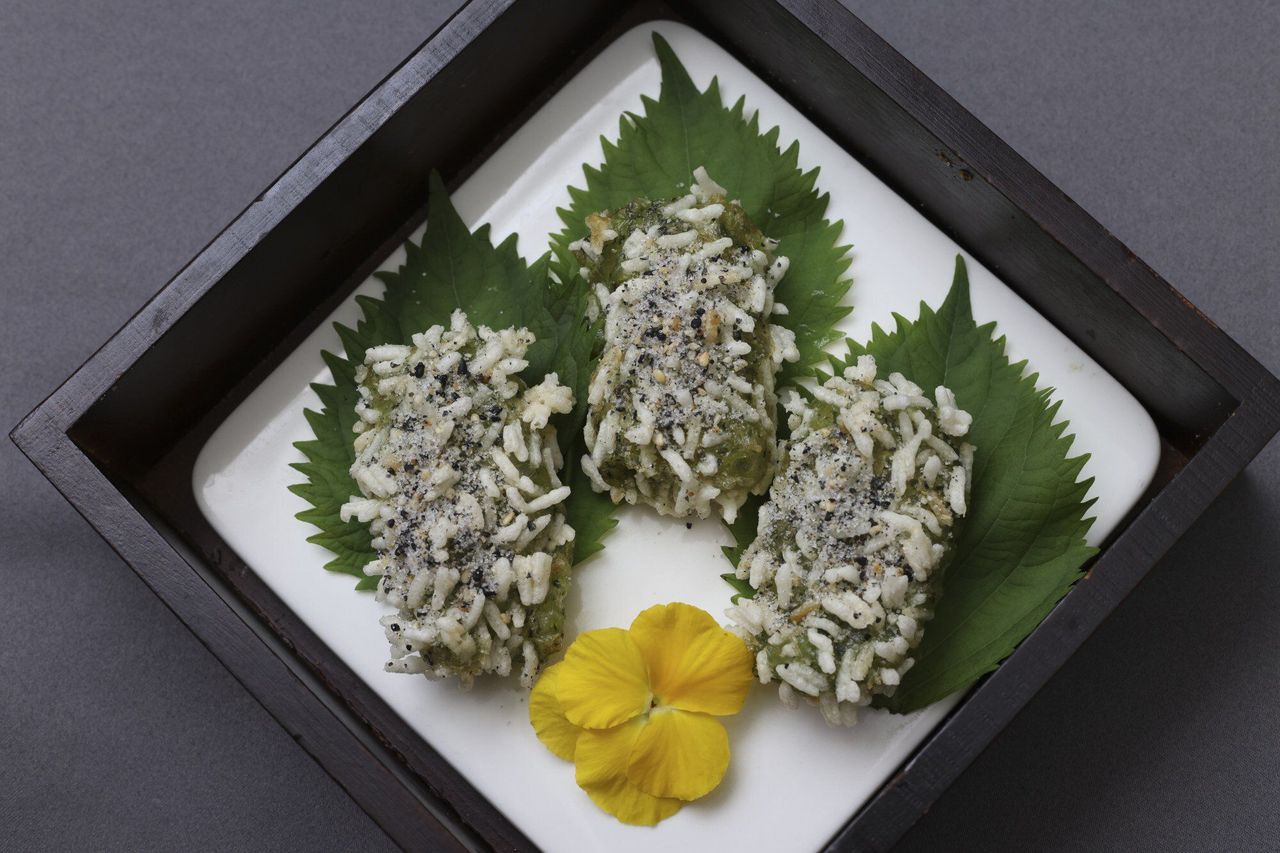 As it should be for the price, it was excellent. The pork chop was meaty and tender, the tomatoes were sweet, and the melted cheese baked on top of the sauce and the runny egg yolk added a rich creaminess.

We were very full after the rice, so ordered only one dessert. Sweet crispy glutinous rice cake with green vegetables (HK$78) was far lighter than we thought it would be. It came with crisp puffed rice around the chewy mugwort-flavoured glutinous rice, and the shiso leaf it was wrapped in gave the confection a refreshing herby lift.