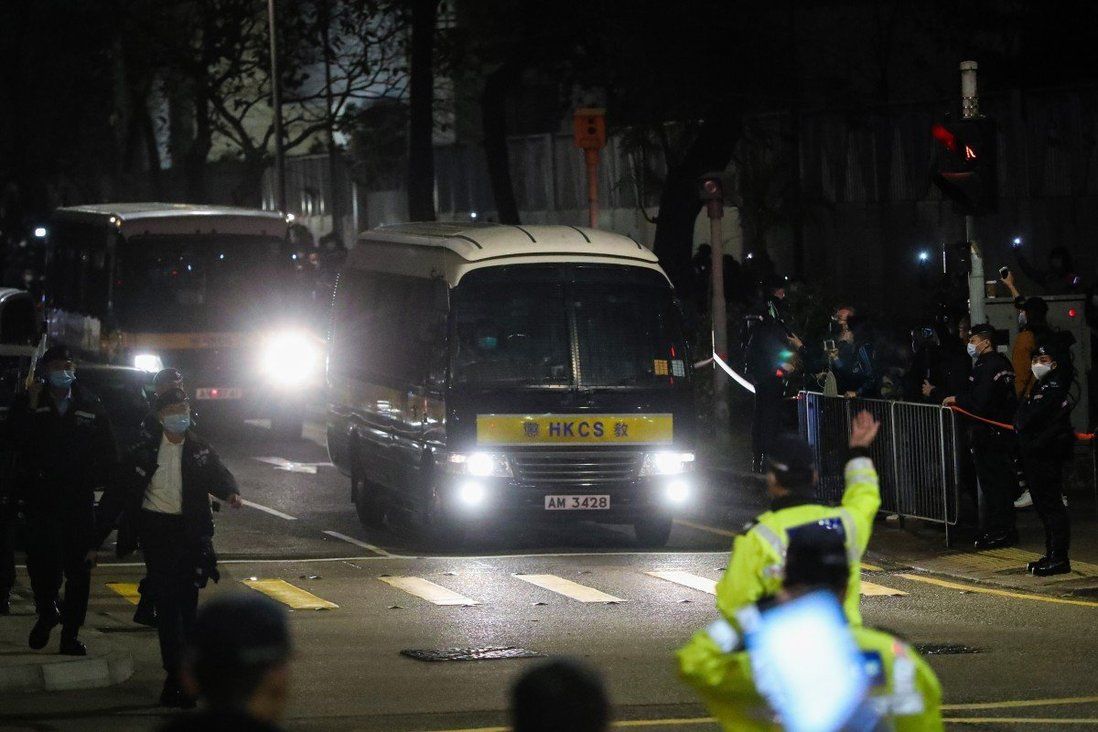 Four opposition politicians charged with subversion in Hong Kong’s biggest prosecution to date under the national security law quit their party on Wednesday, sources said, as they continued to press their case for bail with 43 other defendants during a third straight day of marathon hearings.

In a separate twist, just after defence lawyers had finally finished oral submissions on the bail applications for all 47, the four Civic Party members and three other co-defendants also fired their legal representatives and personally appealed to the presiding judge for temporary release under the stringent threshold set by the new legislation for granting bail.

Chief Magistrate Victor So Wai-tak decided to adjourn the protracted proceedings for the third consecutive night to allow time for more speeches from the dock, saying he expected to deliver his long-awaited decision on bail on Thursday.

Sources confirmed that the four opposition politicians – former lawmakers Alvin Yeung Ngok-kiu, Jeffrey Tam Man-ho and Kwok Ka-ki, and district councillor Lee Yue-shun – had quit the Civic Party, apparently to distance themselves from the politics that landed them in trouble.

The defendants were first arrested in January for taking part in an unofficial primary election by the opposition camp for last September’s Legislative Council polls, which have since been postponed. Authorities alleged the primary was part of a subversive plot to seize control of the legislature with the ultimate aim of paralysing the government and toppling the city’s leader.

Civic Party chairman Alan Leong Ka-kit SC, who represented the four in the hearings, told the magistrate his clients had decided to terminate his employment after hours of discussions outside the courtroom. He did not explain why.

That development was followed by similar announcements from the lawyers representing former legislator Lam Cheuk-ting, district councillor Clarisse Yeung Suet-ying and activist Gwyneth Ho Kwai-lam, all of whom were also given their marching orders. The three defendants said they would like to represent themselves going forward. 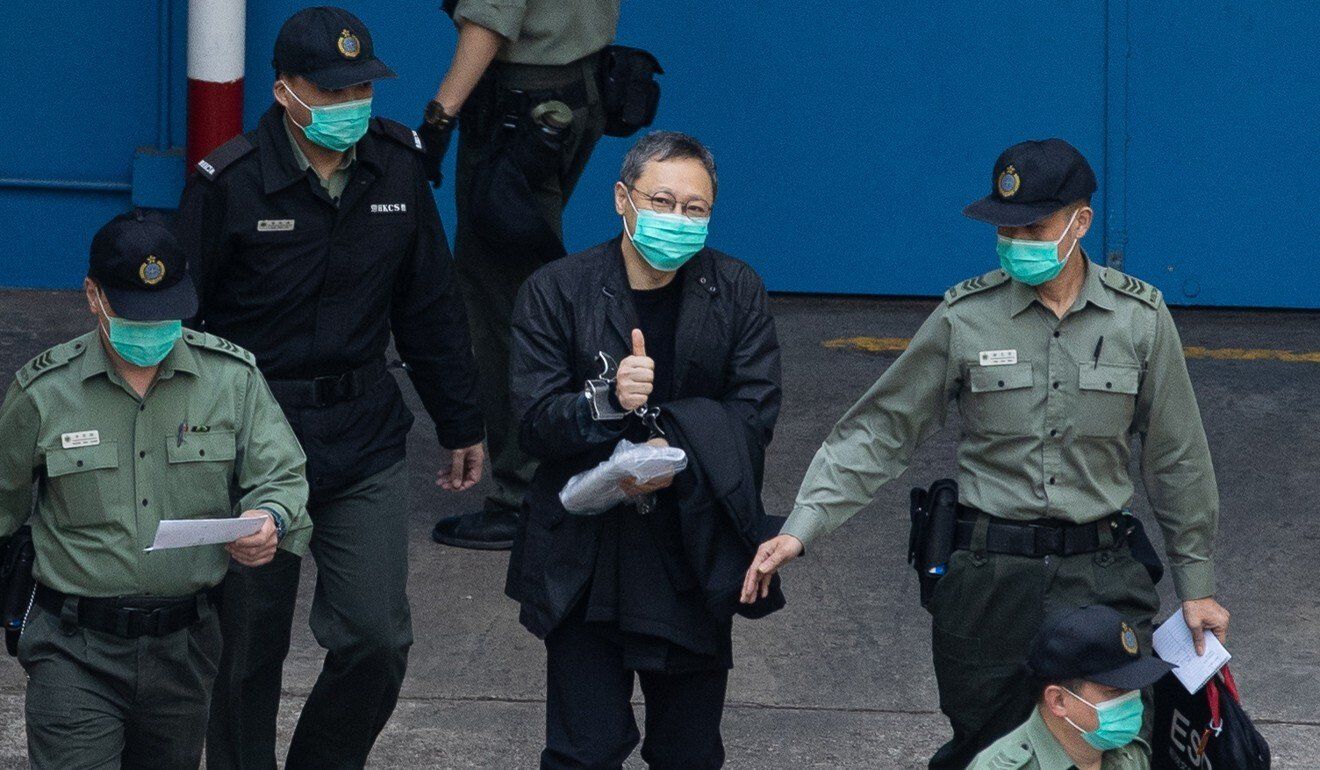 Hong Kong legal scholar Benny Tai flashes a thumbs up as he walks to a prison van on his way to court on Wednesday.

Earlier in the day, defence lawyers had sought to have statutory restrictions on media reporting on the bail proceedings lifted.

They argued the exemption was in the interest of justice, as it would enable the public to understand how the Beijing-imposed legislation was being enforced and interpreted by authorities, who have charged the 47 with plotting to subvert state power under the law.

But Magistrate So expressed concerns the move would prejudice the future trial if case details were publicly disseminated at this stage.

Hong Kong law governing criminal procedures permits just six types of information to be published in media reports on bail proceedings, including the defendant’s name, the alleged offence and the application’s result.

Meanwhile, outside the court, a crowd of hundreds of supporters – most of them wearing black, the preferred colour of 2019’s anti-government protest movement – snaked around the building throughout the day.

Volunteers distributed bottled water, hot drinks, snacks and hand warmers to the supporters, some of whom could be seen flying Taiwanese and colonial-era Hong Kong flags. 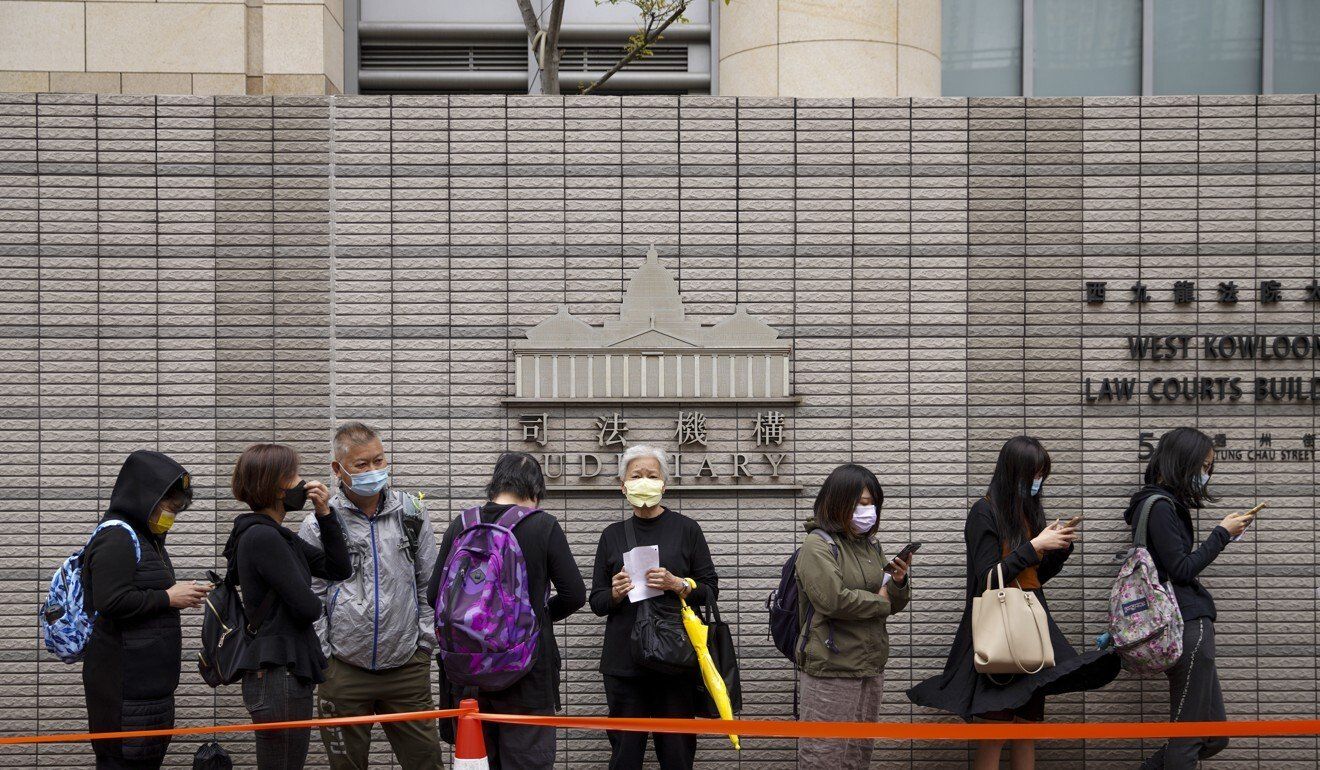 Supporters of the 47 former opposition lawmakers and activists queue up outside West Kowloon Court on Wednesday.

Police officers patrolling around the court building had increased their presence by evening.

Tommy Chan, a medical worker in his 30s, lamented how long the session had dragged on, saying it was unfair to the defendants.

“They are not treated as human. They are not given enough time for rest … It is unreasonable,” he said, adding that one of his friends was among those in the dock.

Another 71-year-old supporter, surnamed Chan, said he had stayed outside the court to show his support to the 47 activists for the third straight day of hearings.

“I do not have any guns or cannons – the only thing that I can do is to give my moral support,” he said, adding that he would wait outside the court and show his support again on Thursday, despite the prolonged nature of the hearings.

Wednesday’s five-hour session at West Kowloon Court followed 18 hours of proceedings over the previous two days in which some of the accused were temporarily hospitalised due to exhaustion.

Defence lawyers had complained about the “sheer torment” their clients had endured throughout the unprecedented proceedings. They also alleged the prosecution had abused both power and procedure in pushing forward with the case despite being months away from completing their investigations.

Though police had requested the group to report on Sunday, about a month earlier than scheduled, prosecutors revealed in court that the investigation was incomplete and asked for the case to be postponed for three months, effectively guaranteeing the defendants would serve at least that long awaiting trial if denied bail.

Given the high threshold for granting bail under the Beijing-imposed security law, that decision could potentially see the accused spend years in jail before their actual trial began.

Western governments, meanwhile, demanded the immediate release of the defendants, prompting Hong Kong’s Department of Justice to slam the request as disrespectful and an attempt to “meddle” in the city’s affairs.

The opening session of the bail proceedings started at 4pm on Monday and ended at nearly 3am the next day, with hundreds of the defendants’ supporters queuing to enter the building. Eight bail applications had yet to be heard by the time the second session ended on Tuesday night.