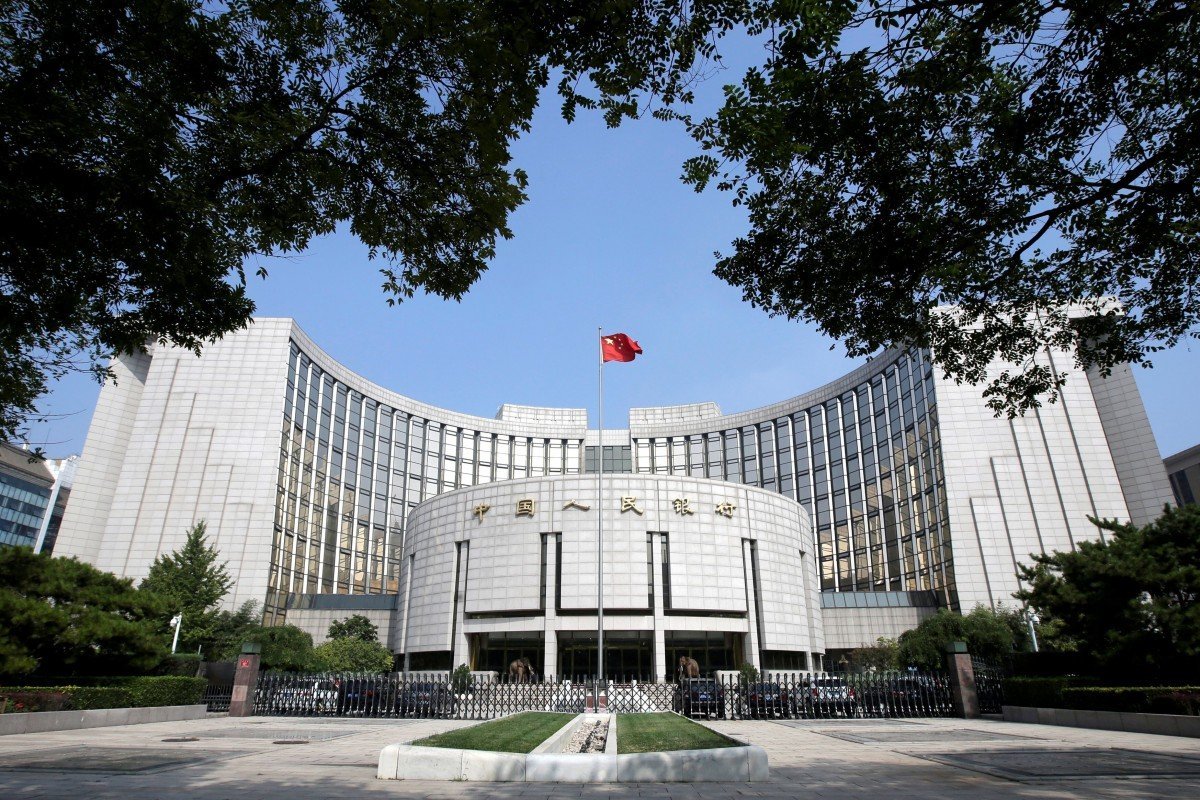 Chinese firms reneged on 10.4 billion yuan of notes in July and about the same amount so far in August, with developer Tahoe Group among the latest to miss payments.

China’s fragile economic recovery is ushering in a dangerous new phase for the nation’s US$4.1 trillion corporate bond market.

With the economy now strong enough for policymakers to dial back financial support but still too weak to save the most distressed borrowers, some fund managers are bracing for defaults on domestic Chinese debt to hit record highs this year.

Delinquencies have already started rising after a remarkably quiet second quarter, and pressure on borrowers is set to grow as 3.65 trillion yuan (US$529 billion) of notes mature by year-end.

While few see a crisis in the offing, debt specialists at SC Lowy and Adamas Asset Management are becoming more selective in China, arguing that the government-induced calm in local credit markets is unlikely to last.

“The government has neither the firepower nor the will to backstop it all,” said Brock Silvers, chief investment officer at Adamas Asset Management in Hong Kong, adding that he expects onshore defaults in China to reach a new annual record. 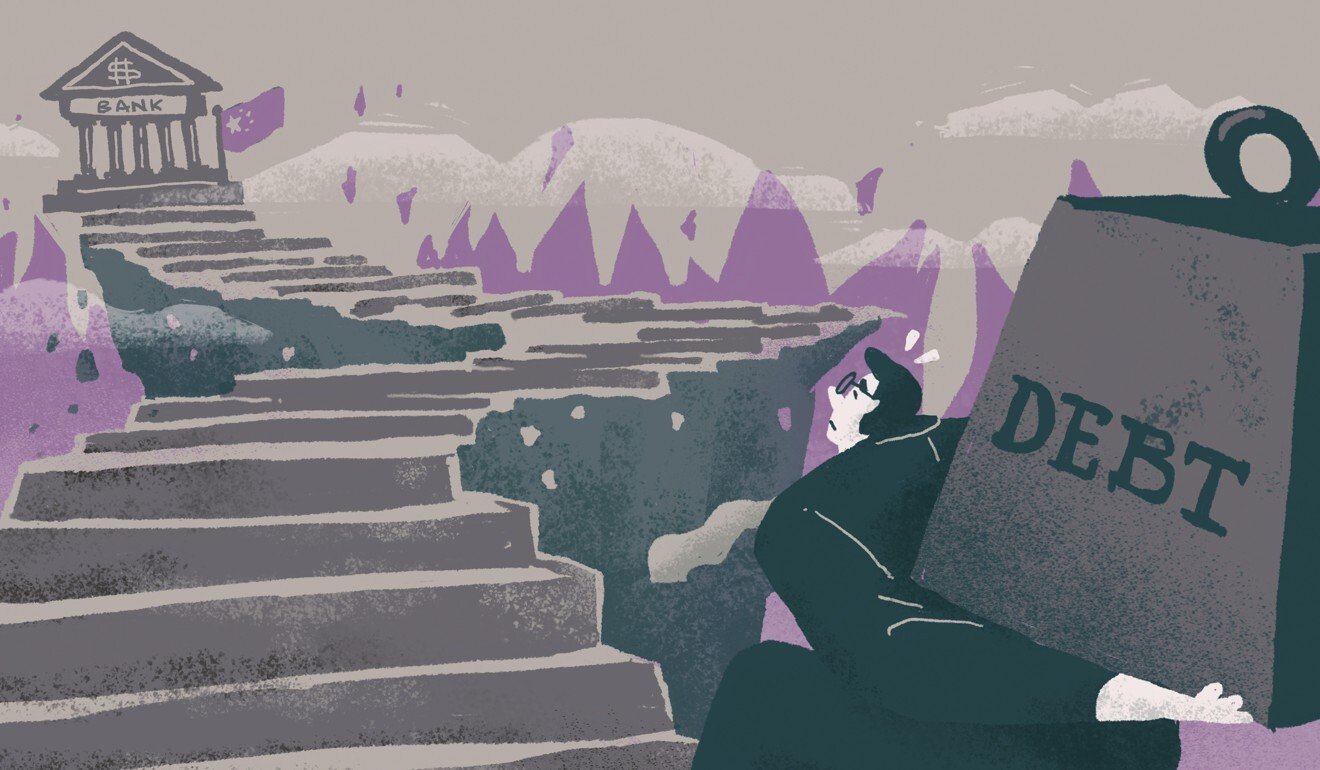 China’s developers need to refinance or repay 199.3 billion yuan of onshore debt and US$12.3 billion of offshore notes before year-end. Illustration

That would mean another 72.2 billion yuan of delinquencies by the end of December, according to data compiled Bloomberg.

Local defaults so far this year have been strikingly rare, considering that the Covid-19 pandemic plunged China’s economy into its worst contraction in decades during the first quarter.

Onshore delinquencies fell 17 per cent in the first half to 49 billion yuan, in part because the government encouraged lenders to refinance debt, accept payment delays, or find other solutions such as swapping bonds for fresh notes with longer maturities.

Authorities’ outsize focus on avoiding defaults now appears to be easing as the economy bottoms out and the threat of market contagion wanes, a policy stance that aligns with the government’s long-term goal of improving the financial system’s pricing of risk.

Chinese companies reneged on 10.4 billion yuan of notes in July and about the same amount so far in August, with luxury home developer Tahoe Group among the latest to miss payments.

“We have seen a somewhat illusory improvement in ‘defaults’ this year, but drilling deeper the picture is less comforting,” said Owen Gallimore, head of credit strategy at Australia & New Zealand Banking Group in Singapore.

Gallimore predicts China’s onshore bond market will catch up with the trend offshore, where defaults on dollar debt tracked by Bloomberg have already exceeded last year’s total by 55 per cent. He said funding stress will likely be concentrated in non-state borrowers and may impact more property firms, which account for the bulk of China’s high-yield bond issuance.

The nation’s developers need to refinance or repay 199.3 billion yuan of onshore debt and US$12.3 billion of offshore notes before year-end, data compiled by Bloomberg show.

And they’ll have to come up with the cash while also adhering to issuance guidelines introduced this month that restrict the size of bond offerings by property companies in China’s interbank market to 85 per cent of outstanding debt coming due.

Even as authorities grow more tolerant of defaults, they are unlikely to turn off the credit taps entirely. On August 17, the People’s Bank of China added 700 billion yuan of one-year funding via its medium-term lending facility, more than offsetting upcoming maturities in a move that Citic Securities described as more accommodative than expected.

The upshot for bond investors is that security selection now matters far more than it did earlier this year, according to Soo Cheon Lee, chief investment officer at SC Lowy, a global banking and asset management group in Hong Kong.

Smaller companies and borrowers experiencing commodity-driven or industry-related stress – such as airlines and hotels – will likely remain under pressure, Lee said.

At least 10 Chinese companies that won investor approval to delay servicing their debt after the virus outbreak will face payment deadlines in the next eight months; and at least 83 firms with US$46.3 billion of bonds outstanding face uncertainty over meeting their obligations, according to company statements and rating firms, the highest number of borrowers since Bloomberg began tracking the figures in January 2019.

China’s ratio of interest-bearing corporate debt to gross domestic product has climbed by 13 percentage points this year to 164.4 per cent at the end of June, according to the National Institution for Finance & Development, a think tank.

China’s local government financing vehicles have also been piling debt, selling the equivalent of US$361.1 billion in local and offshore bonds so far this year. Questions over whether they will be able to repay it all intensified this month after an LGFV from northeastern Jilin province wired funds to bondholders later than usual – a sign of potential difficulties in securing the cash.

Jilin is just one of several Chinese provinces that face higher LGFV repayment risks, according to Li Yuze, an analyst at China Merchants Securities. Others include Heilongjiang, Liaoning, Yunnan, Guizhou and Sichuan, Li said.

Whether investors have adequately priced the risk of rising defaults is debatable. Corporate yields onshore have edged up from the lowest levels in more than a decade in May, but they are still well below long-term averages, according to ChinaBond indexes. Spreads between lower- and higher-rated credits are also near the tight end of their historical range.

“We think liquidity in the credit market will continue, but we need to be mindful that the underlying cash flow and fundamentals of companies are still very weak,” SC Lowy’s Lee said. “We see a lot of landmines out there.”