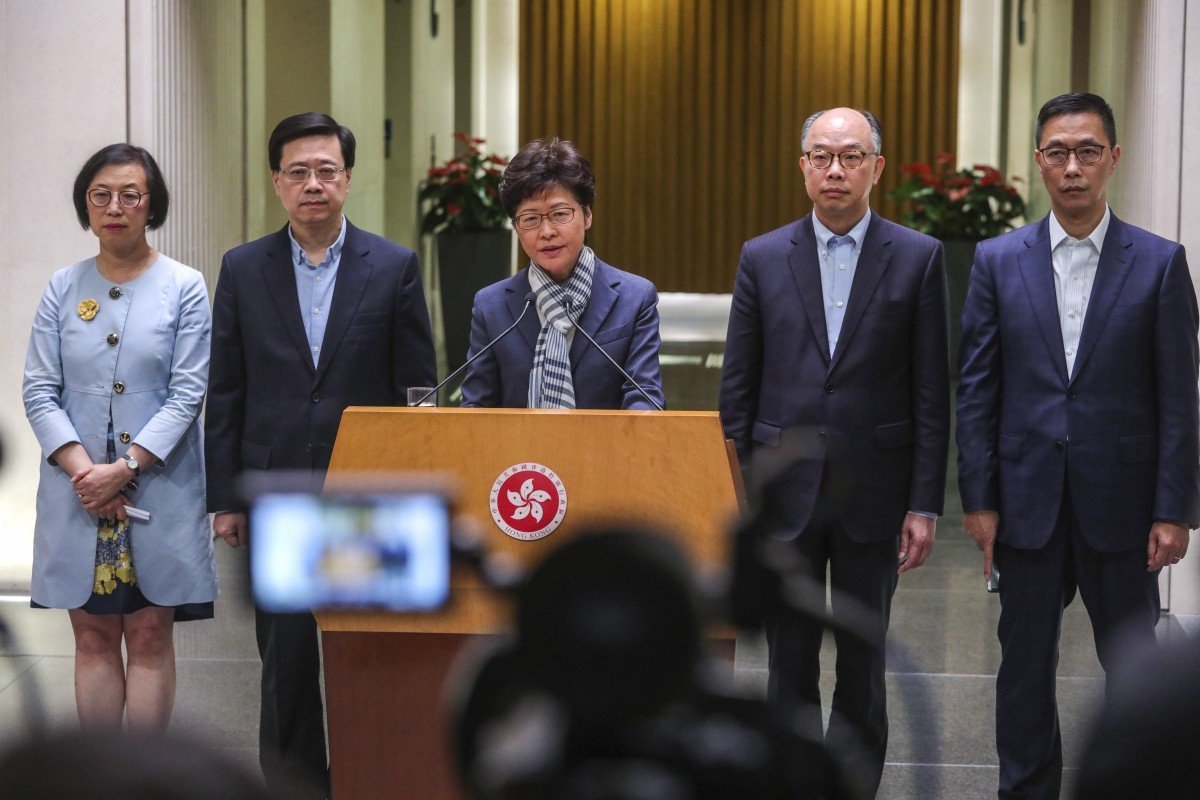 Nothing short of drastic action is needed to show that her government hears Hongkongers who voted so resoundingly for the pan-democrats. Her critics and analysts say piecemeal attempts to mend fences with the opposition will not do.

“There are many things that she can do immediately, including stepping down, reshuffling her cabinet and setting up an independent inquiry,” said Wu Chi-wai, leader of the Democratic Party, which was Sunday’s biggest winner with 91 seats.

He said Lam had set up inquiries into other issues, and there was no reason not to have one to look into allegations of police brutality during the anti-government protests now in their sixth month. That was one of the key demands of the protest movement, which helped the pan-democratic camp win so massively on Sunday.

With Legislative Council elections due next year, Lam is in danger of running a lame-duck administration as pro-establishment lawmakers anxious to avoid being dragged down further may distance themselves from the government. It could become hard for government bills or proposals to get through Legco.

Wu warned that if the government continued to shrug off the protest movement’s key demands, people could lose faith in peaceful means of expression and choose escalated confrontations again.

He urged Beijing to respect the democratic aspirations of Hongkongers and to relaunch the discussion on electoral reform.

Rejecting the suggestion that Lam’s hands were tied by Beijing, he said: “I don’t buy the argument that she has no power to do anything.”

For starters, Wu suggested that she could sack security chief John Lee Ka-chiu and justice minister Teresa Cheng Yeuk-wah for the parts they played in the way the government handled the unrest.

“The question is whether she is willing to speak up for Hongkongers,” he said.

Executive Council member Regina Ip Lau Suk-yee, chairwoman of the pro-establishment New People’s Party, whose 28 candidates were all defeated on Sunday, conceded that the election results showed the overwhelming public discontent with the government.

She said her party did not always support the government blindly.

“Actually, we’ve always been in a love-hate relationship with the government. We are like working partners, but it doesn’t mean that we are just rubber stamps when it comes to voting,” she said. “In fact, there have been times that we raised opposing views.”

She said her party would do its best to let Lam know “what works well for the best interest of the public”.

Another Exco member, Ronny Tong Ka-wah, said the election results reflected the extent of people’s discontent with the way the government had handled the current crisis.

“The outcome shows most voters do not support the government’s current strategy of stopping violence,” he said.

“The efforts to stop violence and restore order must be backed by the support of most Hong Kong people. It can’t be done solely by police actions.”

Tong renewed his call for a “truth and reconciliation commission”, an idea he first raised in August, to promote social recovery.

“The commission would list principles for granting amnesty to those arrested for their involvement in the anti-government protests in recent months after the completion of the relevant judicial process,” he said.

A third Exco member, who declined to be named, was more optimistic, saying the pan-democrats’ victory would allow both sides to return to the negotiating table instead of fighting in the streets.

“The chief executive will have no choice but to respond by amending ties with the pro-democracy camp, or even carrying out a reshuffle of her cabinet, when other options are not readily available,” the Exco member said.

“At the same time, the pro-democracy camp will be held accountable by residents, who might not want to see roadblocks and spraying of buses last too long. They will have to be pragmatic.”

Political scientist Ivan Choy Chi-keung of Chinese University said Lam did not have many options but two things would help – setting up the independent inquiry and revamping her cabinet.

He said the election results sent a clear signal that voters supported the protest movement strongly despite the disruption and inconvenience.

“But I believe she has no say over these issues,” he said. “So we need to wait and see how Beijing will readjust its strategies regarding Hong Kong.”

He believed that after Sunday’s debacle at the polls, the pro-establishment camp was now so angry with Lam that she was at risk of back-stabbing. He did not put it past some in the camp to start instigating Beijing to remove her.

“The election results basically wiped out the efforts of the pro-establishment camp over the past 20 years, something never contemplated before. To prevent its loyalists from being dragged down further, Beijing needs to make a reassessment. The best way is for Lam to step down,” he said.
Add Comment