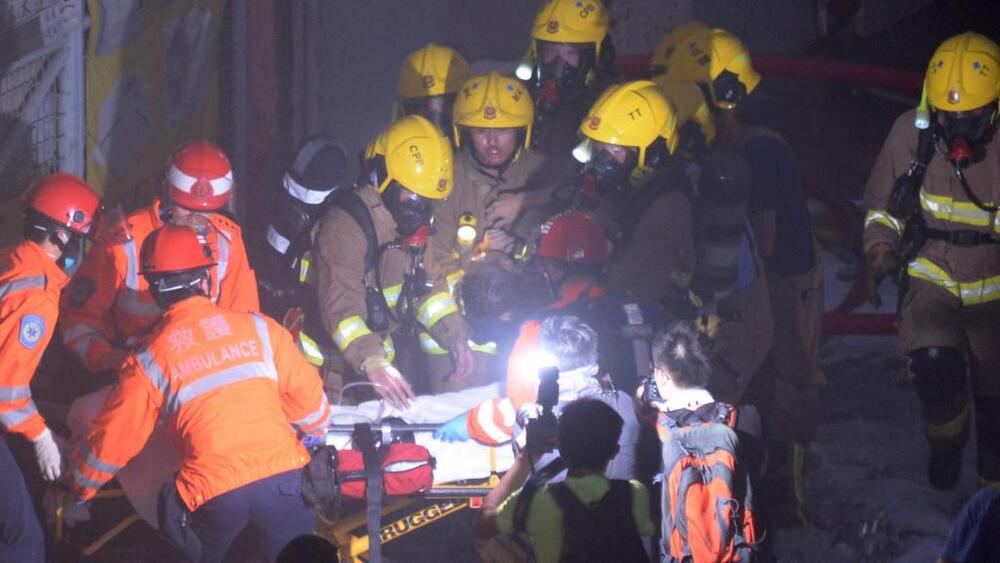 Coroner's Court ruled on Tuesday that the deaths of two firefighters in the Ngau Tau Kok mini-storage warehouse fire were by misadventure.
In 2016, a deadly fire broke out at SC Storage on the third floor of The Amoycan Industrial Centre in Ngau Tau Kok Road. Firefighters Thomas Cheung, 30, and Samuel Hui Chi-kit, 37, gave their lives battling the blaze, one of the city's longest-running fires.

Wong ruled that Cheung, on June 21, 2016, from 7.02pm to 8.06pm, carried out fire-fighting duties at the Amoycan Industrial Centre, during which he was injured by burns and smoke inhalation and passed away on the same day.

He mentioned that Cheung took the initiative to put out the fire and did not run away even if the situation was deadly, which reflected the firefighters' bravery and was highly admirable.

He also said Hui was instructed to help put out the fourth-alarm fire at around 6.35pm on June 23, 2016, but suffered from heatstroke due to the elevated temperature and passed away on the same day.

Wong said Hui immediately went in to help upon seeing his partner, who could not break down the door at that time. However, he mistakenly entered a mini-storage warehouse, which he thought was the exit, and eventually died in the fire.

The two were later awarded posthumous gold medals for bravery in that year.

In the conclusion of the death, Wong said the two deceased entered the hazardous fire scene to protect lives and property. They acted lawfully, but an unexpected consequence caused the death, so he ruled that the two died by misadventure.
Add Comment