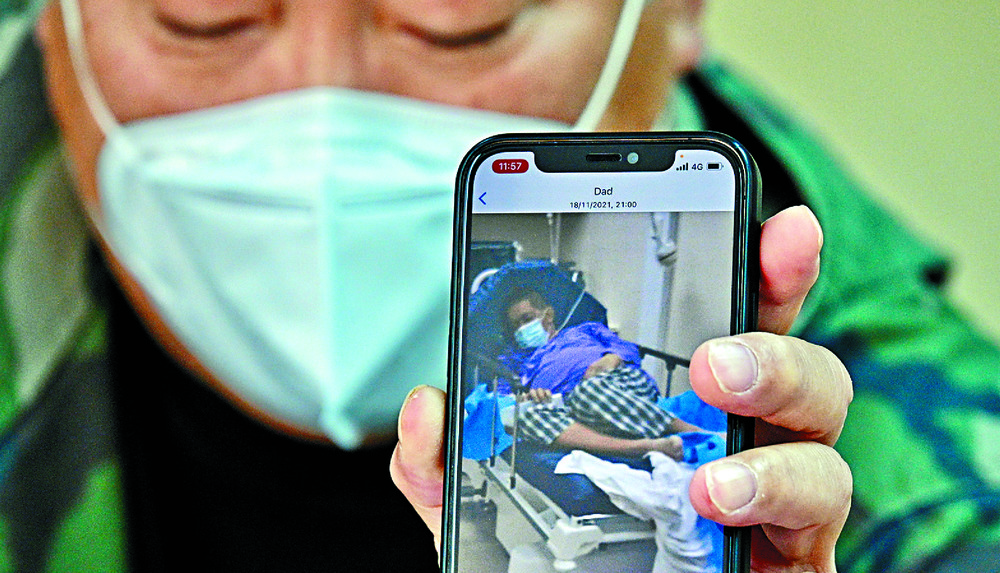 Tuen Mun Hospital is scrambling to learn what went wrong after a disease-stricken cross-border driver died following being left alone and monitored remotely through an iPad while awaiting his Covid-19 test results.
Wong Yun-chuen, 55, who had diabetes and hypertension, was rushed there in August from a mainland hospital with acute liver failure and put in an isolation ward at the hospital, where he was monitored by staff using an iPad for four hours.

His family say Wong died within that time without anyone realizing it. He was discovered without a heartbeat by relatives.

The Standard was told yesterday that the hospital has set up a committee to investigate.

It had told Wong's family only on Monday that it had reviewed guidelines for monitoring patients in isolation and reminded front-line staff to carry out checks in person.

Wong had consultations at public hospitals in the SAR regularly for diabetes and hypertension. Then he went to Huizhou in Guangdong with his wife, who gave birth to a son in July.

On August 5, he went to a Huizhou hospital with abdominal pain and then to a Guangzhou hospital three days later, where he was diagnosed with acute liver failure. Wong asked to be sent back to Hong Kong by ambulance and went through the Shenzhen Bay border point on August 18.

The ambulance reached Tuen Mun Hospital at 1.24pm, and Wong went through checks. At 3pm, he was put in a ward while awaiting Covid test results.

He was not connected to machines monitoring his vital signs, and staff watched him on an iPad.

When family members put daily necessities on his bedside table at 7.50pm, they realized his body was cold and his heart had stopped. He was declared dead at 8.18pm.

And while the hospital said an investigation would be done in eight weeks, he said, it did not update the family until yesterday.

Pang was also disappointed the hospital started a review only after three patients died in the emergency ward.

The case has gone to the coroner.
#COVID-19  #Covid
Add Comment