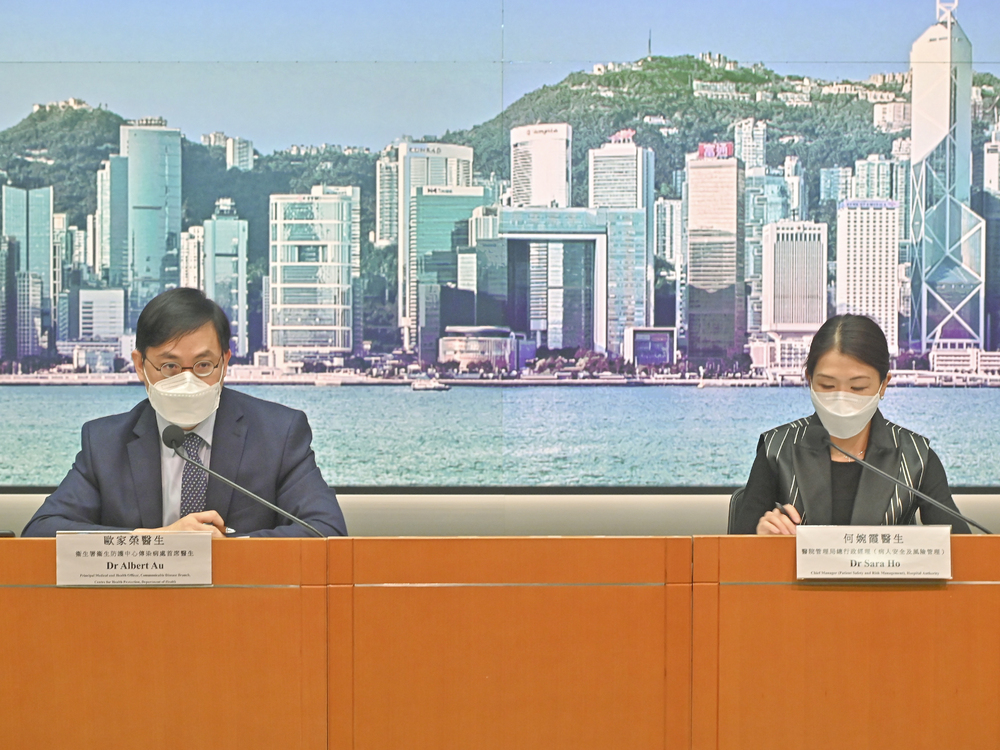 Au believed that the number of people returning to Hong Kong would be capped due to the limited number of rooms in designated quarantine hotels. He stressed that the top priority is to ensure all returnees test negative before arrival, following the relaxation of border control measures.

He also spoke of the necessity of the “hold and test” procedure and the seven-day isolation in a quarantine hotel, adding that closed-loop management can help prevent imported cases from infiltrating into local communities.

Thirteen of the new cases were imported, including nine detected at the airport arriving from South Korea, Vietnam, the UK, Singapore, and Thailand. The other six imported cases were identified at quarantine hotels -- three from Australia, two from Singapore, and one from Canada.

Au continued that 299 schools have resumed classes between Tuesday and Friday, and 15 positive cases were reported in the past week, involving eight students and seven teachers from 12 schools.

Two deceased patients were residents of elderly homes, and five had no vaccination records.

A total of 9,023 deaths have been reported since the fifth wave of the pandemic outbreak, and the death rate now stands at 0.76 percent.

Public hospitals and treatment facilities are housing 2,182 patients in total. Among them, two are in serious condition, and 16 in critical condition have been admitted to hospitals’ intensive care units.

In the past 24 hours, 350 patients have recovered from Covid, and 232 of them have been discharged.
#COVID-19  #Covid
Add Comment