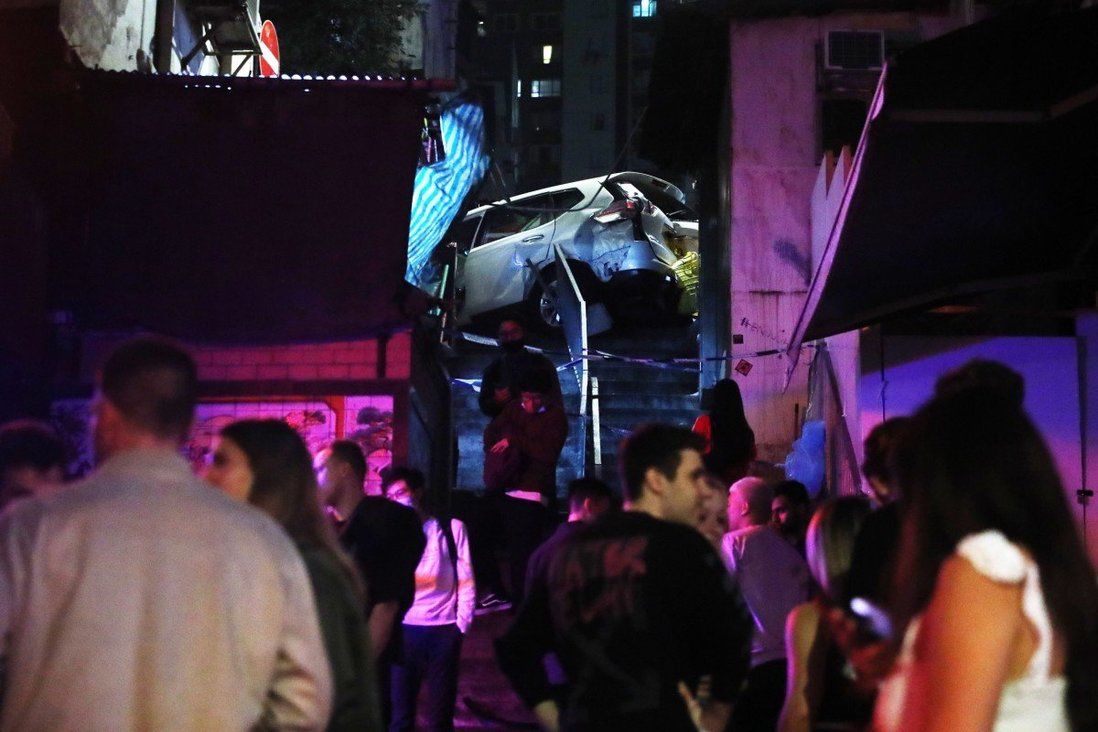 Residents still coming to terms with Friday night’s accident in SoHo, an area popular for its bars and restaurants.

A deadly accident involving a driverless car hurtling downhill into eight pedestrians in one of Hong Kong’s trendiest nightlife spots on a busy Friday night has sparked renewed discussions on whether traffic should be banned in the area at weekends.

Residents continued to leave flowers at the scene of the accident in the SoHo neighbourhood on Sunday, a day after a 27-year-old critically injured woman succumbed in hospital.

The outlook for another critically hurt woman had improved and she was listed as in serious condition as of Sunday morning. One man was in stable condition in hospital. The others were discharged over the previous two days. 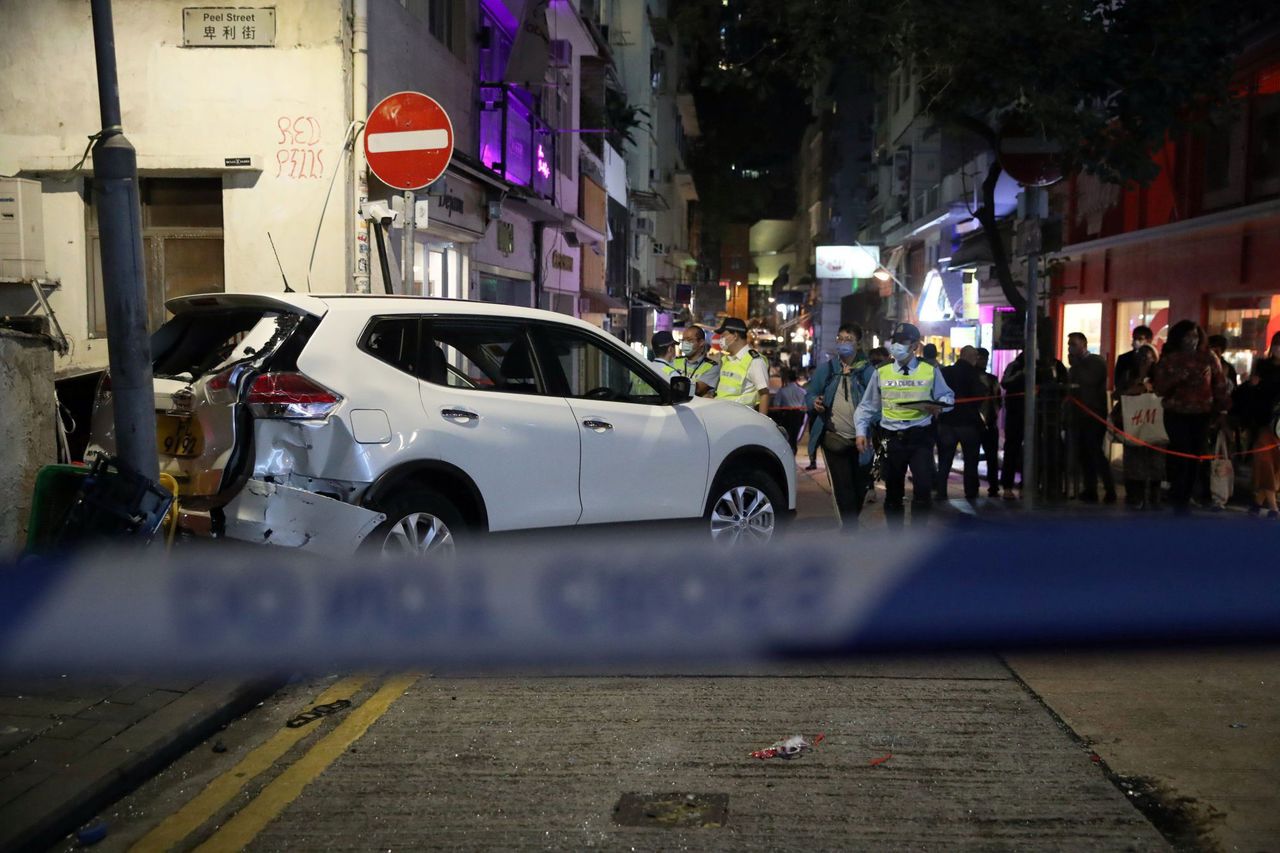 The SUV hit a lamp post before coming to a halt.

The vehicle, a white SUV, had been parked at the top of Peel Street around 8pm. It rolled down the street, crossed Staunton Street and slammed into a lamp post, injuring eight people, aged 24 to 53, along the way.

A 44-year-old woman was later arrested and charged with dangerous driving causing death. She is due to appear at Eastern Court on Monday.

A SoHo regular in his 40s named Andrew said that while the accident would not stop him from visiting the area for drinks and dinner, he would be more cautious and aware of his surroundings.

He said he could not imagine how the families and friends of the victims could face such a tragedy.

“Lives have been changed dramatically for people who were out enjoying drinks on a Friday night,” Andrew said.

He said it might be a good idea to make the area traffic-free at weekends, but he also doubted whether the move would be practical.

“I’m also surprised something like the crash has not happened before with all the traffic and steep inclines in such a small area,” he added.

SoHo regular Emma, 23, said she sometimes struggled to cross Peel Street and the vicinity as there were not many safe places to do so. Narrow pavements meant she often had to walk on the road when they were crowded.

Emma said she spent half of the time outside when she socialised in the area, and it was not “realistic” to suggest people stay off the pavements.

She said she believed revellers enjoyed hanging out on the street, especially students who could not afford to drink in the bars. Instead, they would buy drinks in convenience stores and enjoy themselves outside.

Paul Zimmerman, chief executive of urban planning advocacy group Designing Hong Kong, renewed his call for pedestrian-only streets. He said it must be made a priority to pedestrianise Peel, Staunton and Elgin streets in the evenings, and from the afternoon onwards on public holidays.

He said separating traffic and pedestrians would be best to avoid incidents but it was not feasible in some areas.

“I would suggest the authorities adopt a 24-hour parking ban on some inclining and risky roads there. And police should also enforce the law as efficiently as they act against illegal parking on flat roads.”

Drivers of automatic cars should ensure they fully engaged the handbrake and selected parking mode before leaving the vehicle, Lee said.

For manual transmission models, vehicles parked facing up a slope should be put in first gear when the engine was switched off and in reverse if facing downhill, Lee said. The handbrake should also be engaged.

In both cases, the front wheels should also be turned in towards the kerb.

“If you are not familiar with the site and it’s an incline, you’d better try to avoid parking there as much as possible,” Lee said.