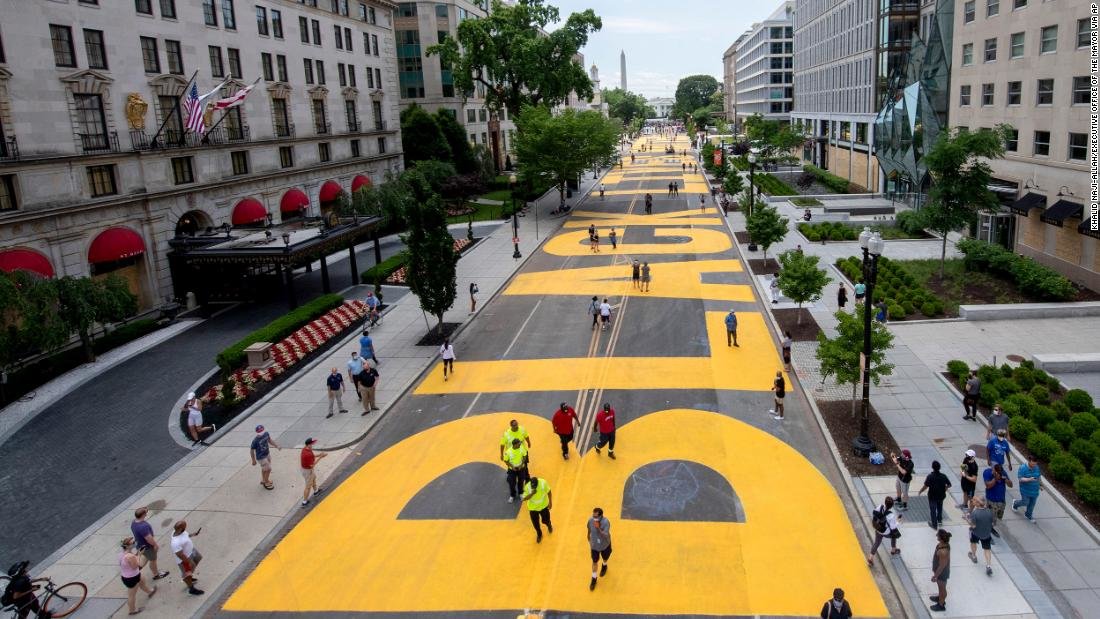 District of Columbia Mayor Muriel Bowser on Friday had “Black Lives Matter” painted on the street that leads to the White House where protesters have been demonstrating following George Floyd’s murder by 4 police officers. “There was a dispute this week about whose street this is,” John Falcicchio, chief of staff for Bowser, a Democrat, said earlier in a tweet. “Mayor Bowser wanted to make it abundantly clear that this is DC’s street and to honor demonstrators who (were) peacefully protesting on Monday evening.” 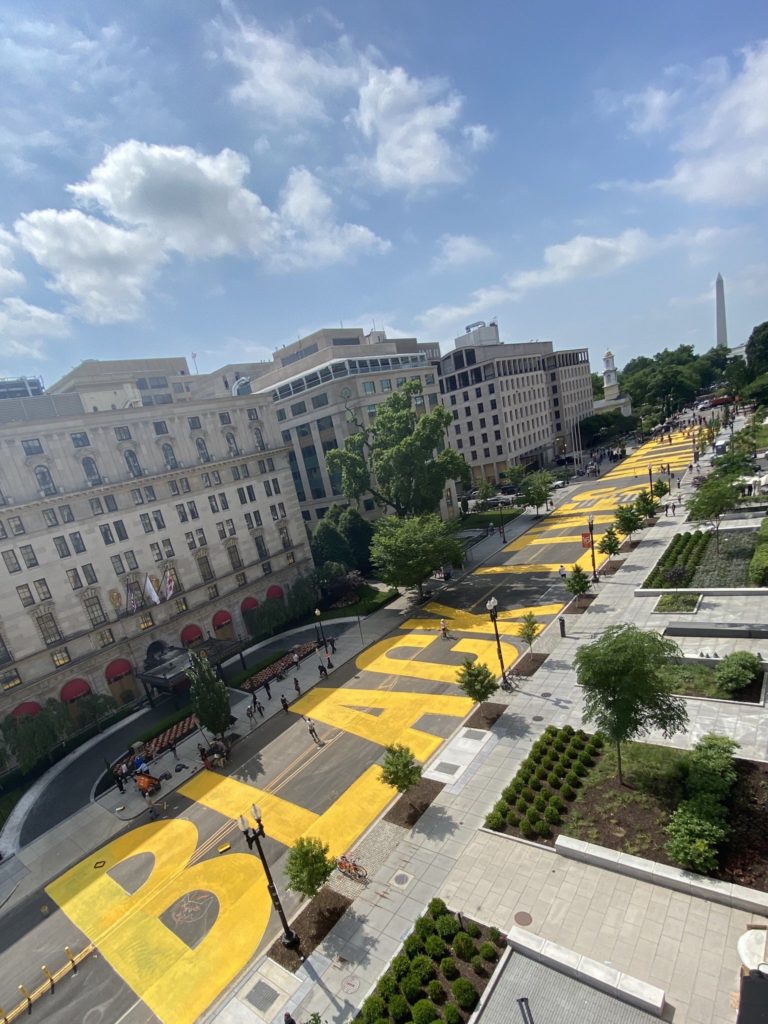 “There are people who are craving to be heard and to be seen, and to have their humanity recognized, and we had the opportunity to send that message loud and clear on a very important street in our city,” Bowser said at a press conference. “And it is that message, and that message is to the American people, that Black Lives Matter black humanity matters, and we as a city raise that up as part of our values as a city.”
The mayor said that the people who painted it were from the D.C. Public Works Department.

President Donald Trump slammed Bowser Friday afternoon, tweeting, “The incompetent Mayor of Washington, D.C., @MayorBowser who’s budget is totally out of control and is constantly coming back to us for ‘handouts’, is now fighting with the National Guard, who saved her from great embarrassment…over the last number of nights. If she doesn’t treat these men and women well, then we’ll bring in a different group of men and women!”

“.@MayorBowser is grossly incompetent, and in no way qualified to be running an important city like Washington, D.C. If the great men and women of the National Guard didn’t step forward, she would have looked no better than her counterpart Mayor in Minneapolis!” he said in a tweet.

People were seen painting the words “Black Lives Matter” on Friday morning in large block letters in yellow across 16th street, which leads to Lafayette Square and the White House.

Bowser tweeted later in the morning that that particular section of 16th Street has been renamed “Black Lives Matter Plaza.”

The official D.C. chapter of the Black Lives Matter Global Network, however, suggested in a tweet that this move was merely an empty gesture by Bowser.