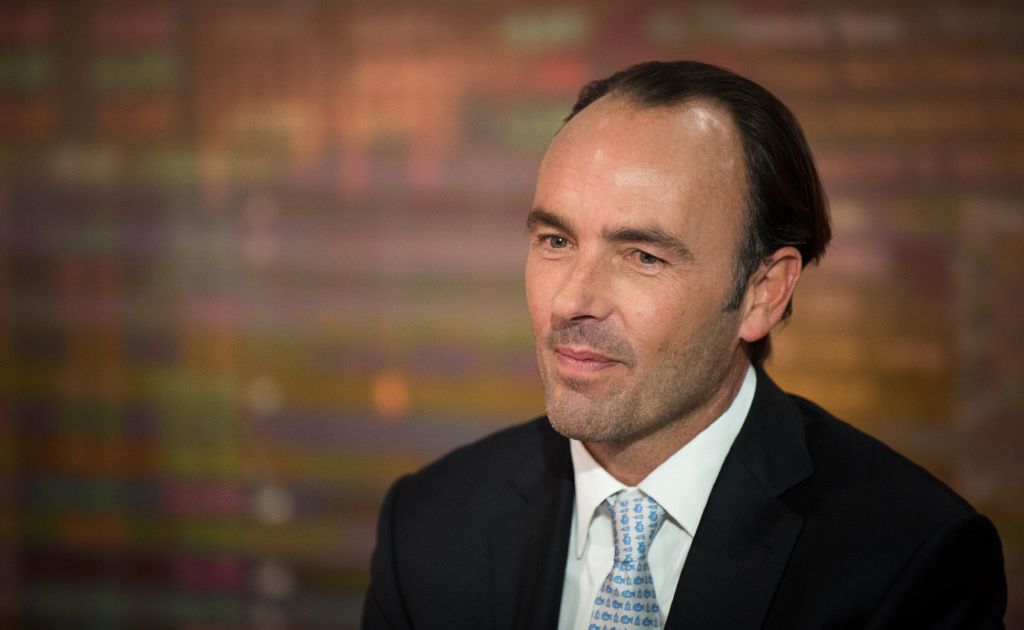 The trade is audacious even for Bass, who profited handsomely during the subprime crisis but has since had less success with doomsday calls.
Kyle Bass is going for broke on a currency trade that has burned bearish speculators for more than three decades.

The Dallas-based founder of Hayman Capital Management is starting a new fund that will make all-or-nothing wagers on a collapse in Hong Kong’s currency peg, people with knowledge of the matter said.

Bass, best known for his prescient bet against subprime mortgages before the 2008 financial crisis, will use option contracts to leverage the new fund’s assets by 200 times, the people said, asking not to be identified discussing private information. While the strategy is designed to generate outsized gains if Hong Kong’s currency tumbles against the dollar, investors stand to lose all their money if the peg is still intact after 18 months.

It’s unclear how much money he’s raised for the strategy, which is an offshoot of an existing fund focused on Hong Kong. Bass declined to comment.

The trade is audacious even for Bass, who profited handsomely during the subprime crisis but has since had less success with doomsday calls on everything from Japanese government bonds to the Chinese yuan. A vocal critic of China’s Communist Party, the 50-year-old investor wrote in a Newsweek op-ed last month that Hong Kong has become “ground zero for the ideological clash between democracy and heavy-handed Chinese communism.”

By taking aim at the city’s currency, Bass is betting he can time the demise of a dollar peg that has survived repeated speculative attacks since 1983 and wrongfooted big-name investors including George Soros.

Bass, who began warning the peg was at risk more than a year ago, is starting his fund during a period of extreme economic and political turbulence in Hong Kong.

Anti-government protests and the coronavirus pandemic have plunged the financial hub into its worst recession on record, while China’s decision last month to impose a controversial national security law has stoked fears of capital flight and potentially damaging U.S. sanctions.

Bass told prospective investors that the Hayman Hong Kong Opportunities Fund, LP-Prodigious Series was due to launch on June 1 and could see a 64-fold return if the currency declines by 40%, according to a person familiar with the matter, who asked not to be identified because it’s private.

He’s far from the only investor to take aim at Hong Kong’s dollar. Options data compiled by Bloomberg show markets are pricing in a 6% chance the currency will break 7.90 in 12 months, outside the weak end of its 7.75-to-7.85 trading band against the U.S. dollar.

Market participants often characterize such wagers as lottery tickets; they could become hugely valuable if the peg breaks, but are more likely than not to expire worthless. Some hedge funds have allocated small sums to Hong Kong dollar options, capping exposure at levels that they can afford to lose without putting a major dent in their overall performance.

It’s possible that investors in Bass’s fund will take a similar approach, though details of their exposure weren’t immediately available. Bass has told prospective investors that the idea for the fund came from Hayman Capital’s largest client, without saying who it was.

While few doubt that Hong Kong faces serious economic and political challenges, the city’s currency shows little sign of imminent collapse. In fact it’s been so strong in recent months that the city’s de-facto central bank has sold more than $5.2 billion since April to prevent the currency from appreciating outside its trading band.

Hong Kong Financial Secretary Paul Chan said this month that the city is ready to defend the exchange rate and that mainland China could provide U.S. dollars through a currency swap line should Washington impose sanctions.

Meanwhile, the Hong Kong Monetary Authority has said it doesn’t see evidence of capital outflows. Local deposits climbed in April, while Hong Kong home prices have slipped just 5% from record highs in 2019. The city’s stock market has rallied along with global shares since March. Hong Kong has about $440 billion of foreign-exchange reserves, more than two times the city’s money in circulation, according to the HKMA.

Bass has said that liquid reserves in Hong Kong and China are lower than the reported headline figures and that he expects a “full-fledged banking crisis” in Hong Kong by the end of this year. Citing high levels of financial leverage, he has compared the Chinese territory to Iceland and Ireland before those nations’ banking systems imploded in 2008.

Bass’s new fund will lock in investor cash for two years and charge a one-time management fee of 2%, people familiar with the matter said. It will levy a 15% performance fee that rises to 20% if the fund’s net return exceeds 100%.
#Coronavirus
Add Comment