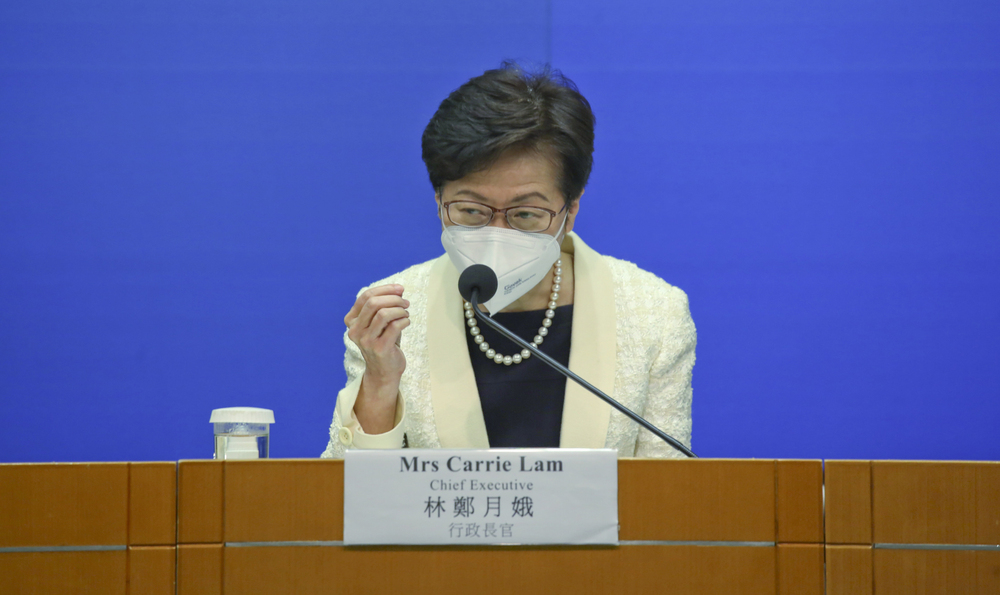 Chief Executive Carrie Lam Cheng Yuet-ngor said she would cancel her daily Covid-19 press conference if the infection caseload dips further to three-digit as she called on citizens to echo the voluntary mass testing.
"I am still happy to see everyone, but I believe you are all bored," Lam told reporters on Saturday. She continued that the sooner she canceled her daily press conference, the sooner Hong Kong could put the fifth wave under control.

On another note, she said she learned that the number of positive rapid antigen test results reported by citizens increased from Friday's figures but stressed that the government can still manage to handle the range of the increase.

If the infection numbers do not increase significantly in the coming days, the scheduled relaxation of social distancing measures on April 21 will go ahead as planned, she said.

Lam again urged citizens to undergo the voluntary Covid test and explained that the arrangement could help the government better understand the current pandemic development.

She pointed out that many citizens don't know they have been infected with the Omicron variant, and the scheme could help early identification of hidden cases and stop the virus from being spread among local communities.

She added that the vaccination rate for children still stands at around 60 percent and called on parents to let their kids get the Covid shots as schools are about to resume classes.

According to the government's website, about 327,000 children aged three to 11 and 6.2 million citizens, or 92 percent of the city's population, have received their first dose of vaccine.
#COVID-19  #vaccine  #Covid
Add Comment