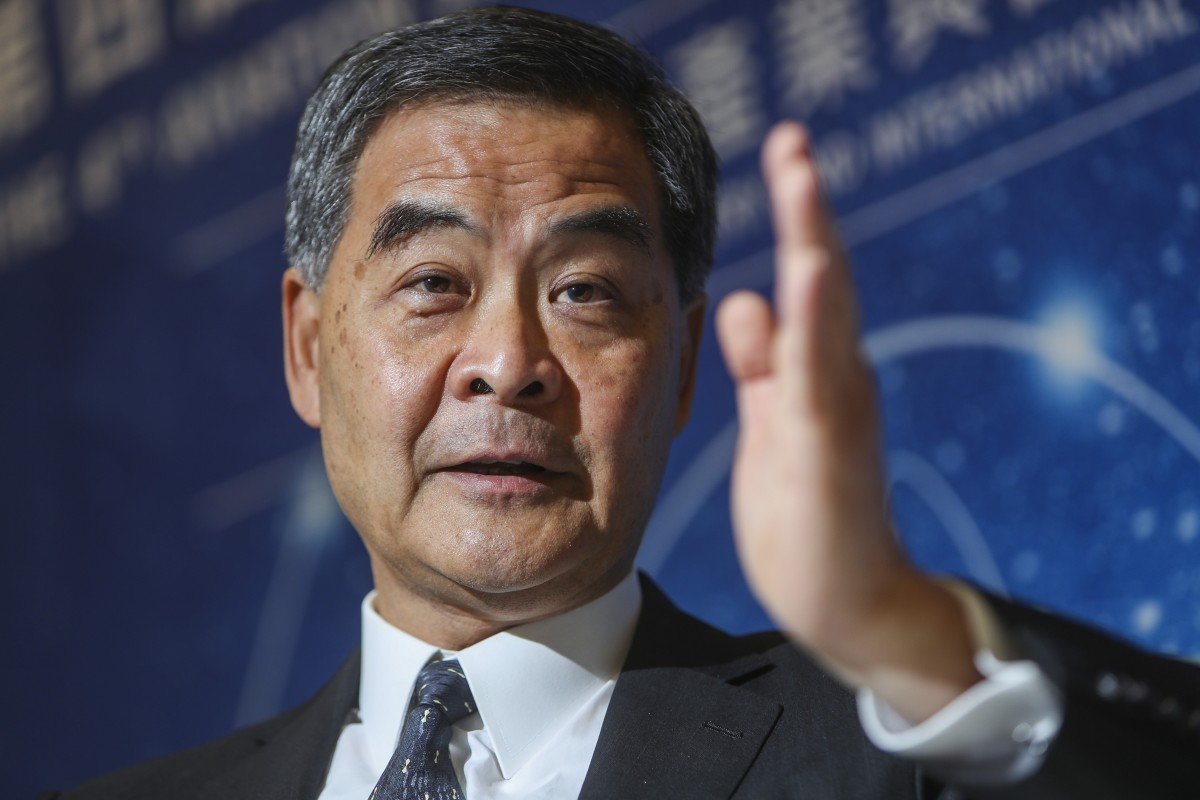 Former Hong Kong leader Leung Chun-ying became the first of the city’s ex-chief executives to seek a judicial review against the government by launching a bid on Wednesday to force the Education Bureau to identify teachers found guilty of professional misconduct over last year’s anti-government protests.

The group 803 Funds Limited, which Leung founded last year to trace demonstrators involved in criminality, made the legal challenge at the High Court after the education minister refused to provide the teachers’ details, as well as the names of their schools.

Leung, now a vice-chairman of China’s top political advisory body, previously threatened legal action during his months of campaigning for disclosure of their identities, in the face of privacy concerns from the city’s biggest teachers’ unions.

“803 Funds have received a lot of complaints about teachers being involved in professional misconduct,” he wrote on Facebook.

“Some parents have even told [us] that they are extremely worried about whether their children’s schools employed teachers who would radicalise pupils.”

According to the application, which was directed at Secretary for Education Kevin Yeung Yun-hung, Leung’s group argued the bureau was wrong in withholding the names.

It also said the group had been demanding the details since February, but the bureau repeatedly refused to provide them.

The writ stated that not publicising the details would be against the rights or interests of parents and members of the public “to know the truth about what was going on in a school”.

Disclosure of misconduct would even have a “beneficial effect of encouraging the school and the teacher concerned to make [an] improvement”, it said.

Whether a teacher found guilty of misconduct should still have “a reasonable expectation of privacy in the information about such misconduct” was also questioned in the writ.

According to its website, 803 Funds was set up in August last year to go after radical anti-government protesters, following the eruption of demonstrations in June, initially over the now-withdrawn extradition bill.

The group has also been offering cash rewards to people who identify details of those involved in illegal acts during the protests.

Also among the directors of 803 Funds are pro-establishment lawmakers Elizabeth Quat, Jeffrey Lam Kin-fung, Regina Ip Lau Suk-yee and Felix Chung Kwok-pan, according to a search of the Companies Registry.

Between June 2019, and June this year, the bureau completed initial investigations in 180 of the 222 protest-related complaints involving teacher misconduct, with 117 believed to have been involved in wrongdoing.

Earlier this month, Leung also engaged in a war of words with Yeung, when he published a series of Facebook posts accusing the minister of evading his responsibilities, and refusing to publicise the names of teachers found guilty of misconduct and their schools.

In two rare rebuttals, the bureau said it had always dealt with teacher misconduct complaints seriously, and added that publicising names could be unfair to schools, especially if the teachers involved had already left their job.

An Education Bureau spokeswoman said on Wednesday they would not comment on the issue now that it was subject to legal procedures.

A secondary school principal, who asked to remain anonymous, told the Post she opposed Leung’s move. “The behaviour of an individual teacher does not represent an entire school,” she said, referring to the attempt to identify schools.

Opposition lawmaker Ip Kin-yuen from the education sector said Leung’s legal challenge was a political manoeuvre targeting the teachers and warned it could set a bad precedent.

Ip, also of the Professional Teachers’ Union, said revealing the names of teachers caught up in the protests would be unfair given the Education Bureau’s “questionable” investigations into those accused of misconduct.

He said other comparable industries, such as the legal or medical fields, had self-regulating bodies with representatives from the profession handling complaints and clear procedures in place, including hearings.

“But the handling of complaints by the Education Bureau was led [by government officials] and lacked transparency and clear explanations of why a teacher was being found of misconduct,” Ip said.

Wong Kam-leung, chairman of the pro-establishment Hong Kong Federation of Education Workers, said stakeholders in the sector were divided on the matter, with some parents supporting the disclosure of names, while school heads were worried it could lead to more problems such as privacy issues.

Wong said he hoped the court could make a decision after listening closely to views from both sides.