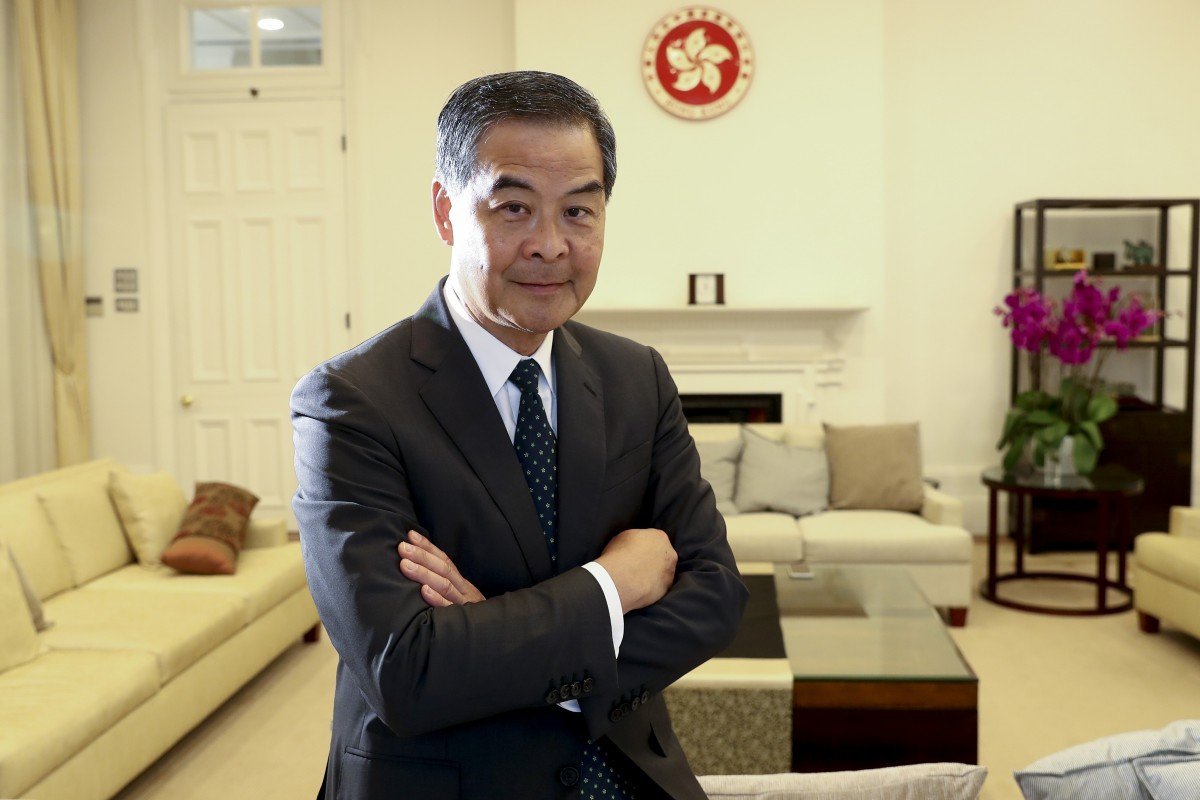 The former Hong Kong leader and fierce critic of protesters says many share his views but do not speak out ‘for fear of reprisal’.

At 1.06am on Tuesday Leung Chun-ying fired off his first Facebook post of the day, sharing a news report about the Education Bureau’s decision to deregister a teacher for life for “promoting Hong Kong independence” in the classroom.

That day, Hong Kong’s former chief executive put out a total of 12 posts, all related to the issue of teachers convicted of misconduct during last year’s social unrest.

Over 30 minutes from 8.20am, three of his missives slammed the bureau for refusing to make public the names of teachers found guilty of misconduct during the anti-government protests.

Later in the day, he criticised the Professional Teachers’ Union, the profession’s largest, for opposing the disclosure of the teachers’ names. 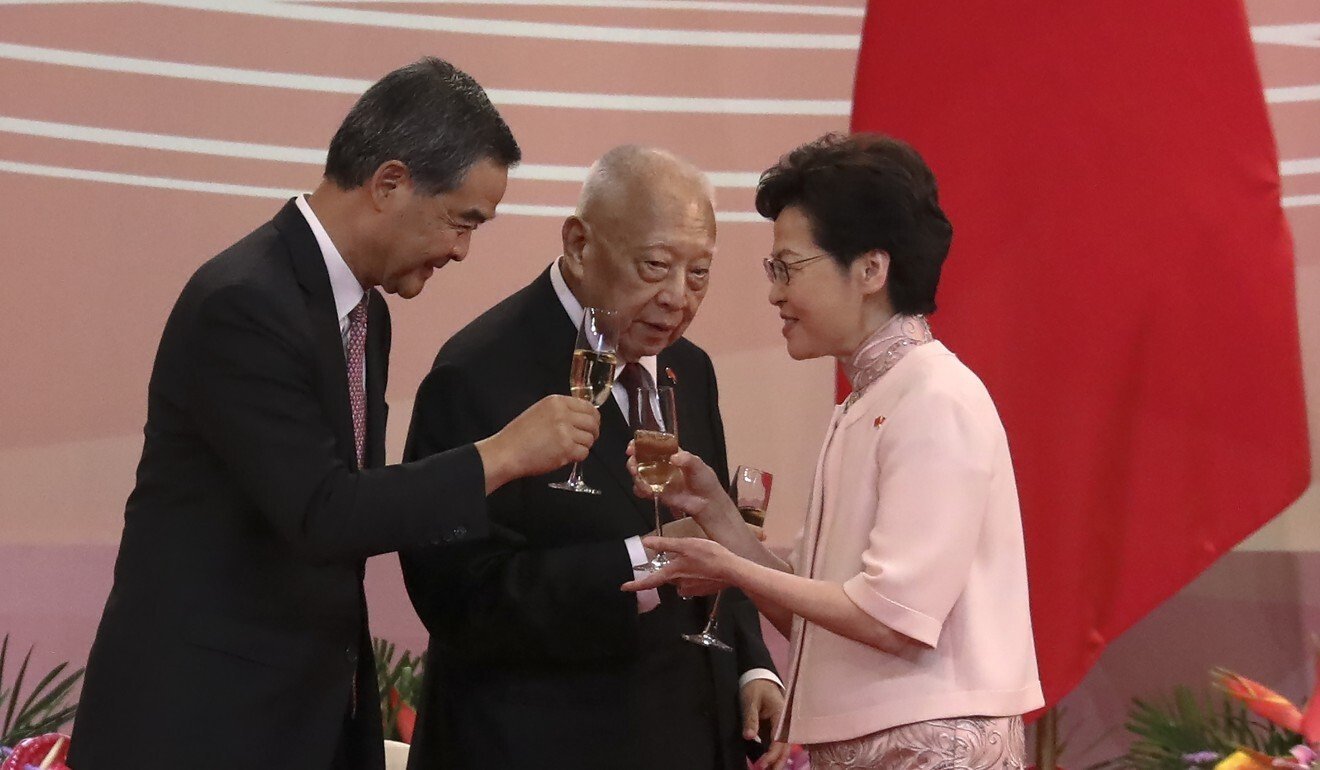 Leung, 66, Hong Kong’s third leader from 2012 to 2017, is regarded as a formidable “keyboard warrior” in a city where a growing number of personalities have taken to social media in recent years to share their views on news and politics.

The target of his ire on Tuesday may have been education officials, but he most frequently attacks the opposition and through last year’s social unrest, was fiercely anti-protester.

“The position I take is to expose the lies and hypocrisy of the opposition. I did not set out to be an opinion leader, although I have been told I have a following,” he said in an interview this week.

He has more than 180,000 followers on Facebook, his preferred social media platform, and his posts garner thousands of “likes” regularly. His supporters clearly appreciate his no-nonsense approach, sparing no quarter.

Within the anti-government protest movement, however, Leung is regarded as a hate figure for his combative posts criticising the protesters, their actions and everything they stand for.

“Many who hold the same views as I do refrain from speaking out for fear of reprisal,” he said. “Hong Kong is a pluralistic society, so all views should be heard. I believe I have a role in speaking what ought to be spoken but often isn’t.”

When he first took to Facebook five years ago while city leader, he told reporters that using social media was “not as easy for people my age”.

Clearly more adept now, he said this week: “I manage my Facebook account myself, writing all posts. Hong Kong needs voices that support stability and restoration of order after the protests last year.”

During his term as leader, Leung’s approval ratings remained low and he was the first chief executive to not seek re-election. He was succeeded in 2017 by Carrie Lam Cheng Yuet-ngor, his chief secretary, the city’s No 2 official.

Last year’s protests were sparked by Lam’s introduction of a hugely unpopular extradition bill which would have allowed fugitives to be sent to mainland China, as well as other jurisdictions with which Hong Kong had no exchange arrangement.

The bill was eventually withdrawn, but what started as peaceful marches against it morphed into a broader anti-government movement focused on political reform and police conduct. The second half of last year saw protests marked by vandalism and increasingly violent clashes between radicals and police.

In his online posts attacking the protesters, Leung labelled them “black violence elements” who undermined law and order in the city.

“I took the lead in saying ‘no’ loudly to the actions of violent protesters,” said Leung, who is vice-chairman of China’s top advisory body, the Chinese People’s Political Consultative Conference (CPPCC). “I’m glad that in the past year, there have been many people speaking out on social media against the black violence.”

Aside from the protests, Leung has frequently attacked opposition politicians. He turned on them again after Legislative Council elections scheduled for this year were postponed because of the Covid-19 pandemic, resulting in current lawmakers having their terms extended.

He goaded opposition lawmakers last month for “complying” with the National People’s Congress Standing Committee’s decision to extend their term, when they had always questioned the authority of many of its rulings.

But he has also criticised top officials, blasting them for evading their responsibilities.

If his posts are anything to go by, Leung has been seized recently by the issue of teachers involved in last year’s protests. His 12 posts on Tuesday were the most he put out on a single day, and some of his attacks on Secretary for Education Kevin Yeung Yun-hung drew more than 4,000 likes.

Over three days from September 15, at least six of his posts lashed out at Yeung for refusing to name the teachers convicted of misconduct during the protests and their schools.

“On such a major issue of right and wrong, is this a responsible response? It is a shame for an official to avoid responsibilities,” he said in a post targeting Yeung, who served as his undersecretary for education.

His choice of words was significant. The Chinese proverb “it is a shame for an official to avoid responsibilities” was used by President Xi Jinping during a 2017 visit to Hong Kong, when the Chinese leader urged the city’s officials to overcome challenges despite the complicated political environment.

The bureau said later that naming the teachers could be unfair to their schools, particularly in cases where the individuals had already left their jobs.

Explaining why he criticised the bureau, Leung said this week the issue had to be raised. He added that many parents were concerned but did not dare ask, because their children were still in school.

“There must be someone who will raise such a crucial issue, that’s why I took it up,” he said. “But you incur the wrath of someone, in this case, the secretary for education.”

Unconvinced by the bureau’s response, Leung took it to court. On September 30, a group he founded last year to track down protesters involved in criminal activities, 803 Funds Limited, sought a judicial review of the bureau’s refusal to name convicted teachers and their schools.

Late on Monday, the bureau revealed that a former teacher at the private Alliance Primary School in Kowloon Tong had been deregistered for “purportedly spreading the idea of Hong Kong independence” in violation of the Basic Law, the city’s mini-constitution. The teacher left his job.

On Tuesday, city leader Lam pledged to weed out the bad apples from the teaching profession, noting this was the first time a Hong Kong teacher had been deregistered for professional misconduct.

She added pointedly that the problem of teachers politicising the school environment was not new, although previous administrations had avoided dealing with the sensitive issue. That remark was interpreted by some as a swipe against Leung.

Asked if his activism on social media and the court action reflected his dissatisfaction with Lam’s administration, Leung said: “I openly support the Hong Kong government more often than I criticise it. A recent example is my commendation of its efforts to contain the coronavirus pandemic.”

Some observers have wondered whether Leung’s hard-hitting social media posts are an indication that he is keen to run for chief executive again.

Leung was a chartered surveyor and successful businessman before he entered politics. Analysts say Beijing did not support his bid for a second term as city leader because of Hongkongers’ overwhelming opposition to him, including the reluctance of several pro-establishment figures.

Asked whether he was now considering a run for the top job, which is allowed under local laws, Leung said: “I don’t have such a plan at present, but I will keep my interest in Hong Kong politics, given my experience.”

He rejected the suggestion that negative comments from a former chief executive would embarrass the current administration.

Without naming names, Leung said there had been senior officials in his administration and earlier ones who had also evaded their responsibilities.

“The central government attaches great importance to Hong Kong officials demonstrating their commitment and dedication,” he said. “Otherwise, state leaders would not have said something like ‘it is a shame for an official to avoid responsibilities’.”

He said central government officials at various levels had responded positively to his speaking up on Hong Kong affairs. “They asked me to take care of my personal safety,” he said.

“Some friends have told me there is no need to be so vocal in commenting on Hong Kong affairs. I am more than happy to spend more time on my hobbies, like gardening, if other people can speak out and draw attention as effectively as I have been doing.”