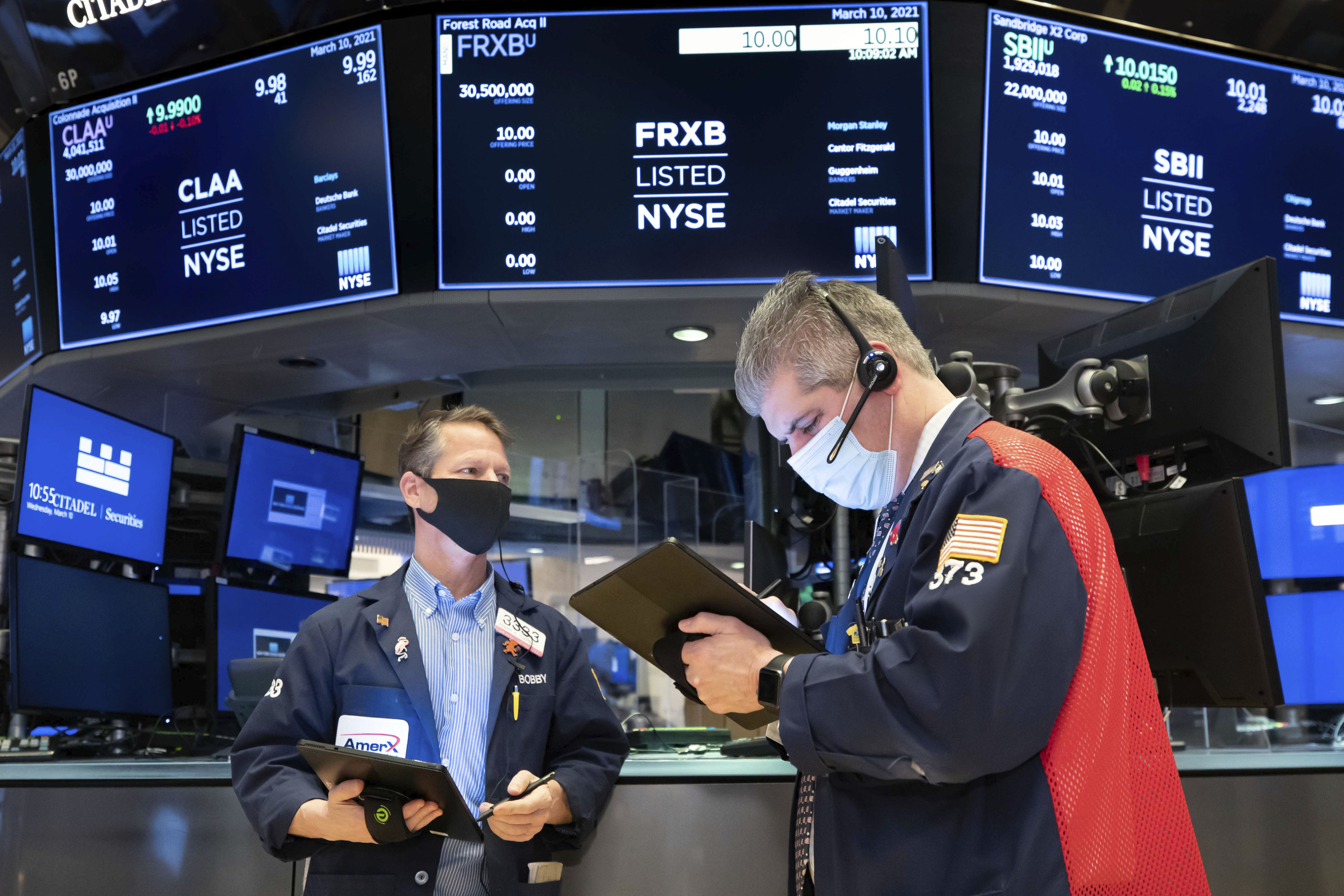 Outperformance from the Nasdaq occurred as the 10-year yield declined by 2.5 basis points to 1.609%. The benchmark yield, however, remains above the S&P 500's 1.49% dividend yield.

Investors will be paying close attention to Wednesday’s Fed decision and will be on the lookout for any commentary surrounding how the central bank could respond should the unprecedented amount of fiscal and monetary stimulus bring back inflation that has been missing since the 2008 financial crisis.

Elsewhere, AMC Entertainment Holdings Inc. will begin reopening theaters in Los Angeles beginning on Monday. The company hopes to have all 56 of its California locations by Friday. GameStop, also saw continued volatility, triggering at least one trading halt on the New York Stock Exchange.

Meanwhile, DraftKings Inc. announced plans for a $1 billion convertible note offering. The sports-betting platform plans to use the proceeds for general corporate purposes, including mergers and acquisitions and products or technology investments.