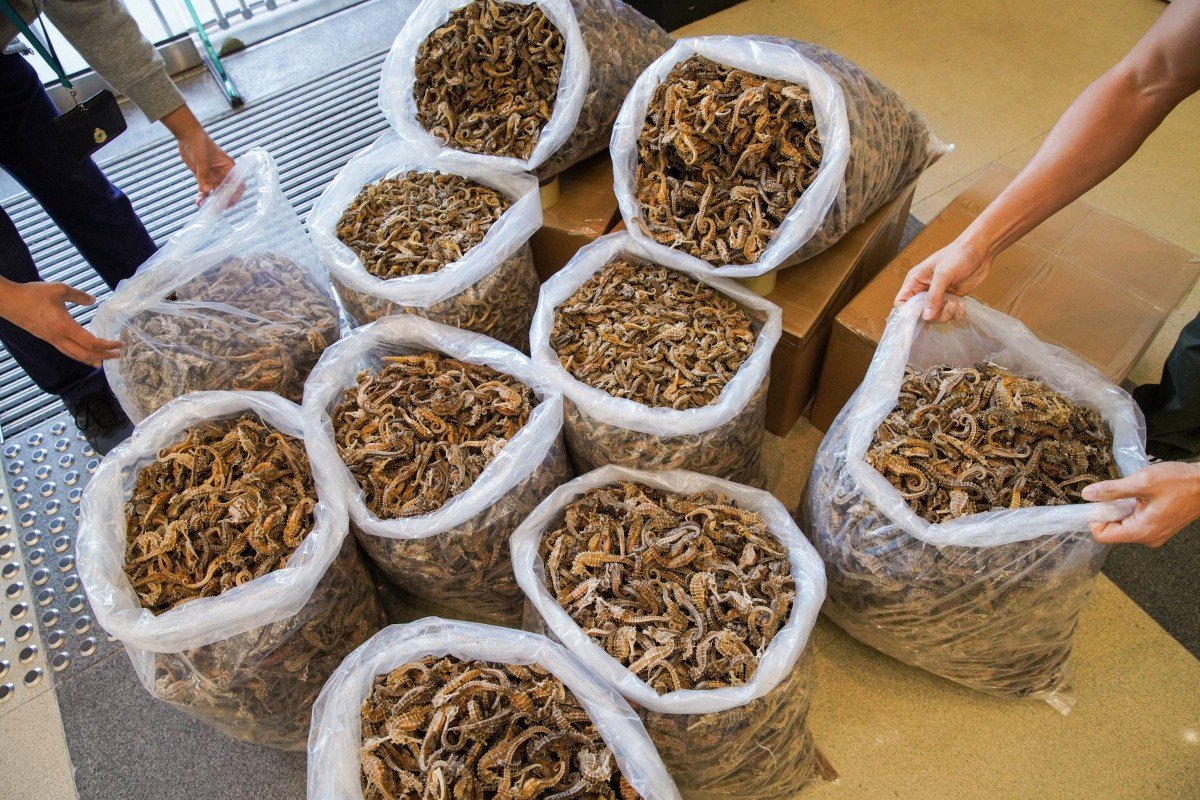 Hong Kong customs officers have made their biggest seizure of endangered seahorses in two years with the arrest of a 63-year-old man during an operation against illegal wildlife trade, finding 75kg of the product valued at HK$1 million (US$129,000).

About 25kg of the dried seahorses were airmailed into the city from Indonesia via a logistic hub in Shenzhen and were found in a Hong Kong truck at Lok Ma Chau border checkpoint on Wednesday.

The good were found in two boxes which were declared to be carrying body scrub, according to a customs official. The parcel was addressed to a public housing flat in Tuen Mun.

“After a follow-up investigation, a customs officer posed as a courier and delivered the consignment to the Tuen Mun premises the next day,” a law enforcement source said.

He said a 63-year-old male tenant was the consignee and was taken into custody after he received the package from the undercover agent on Thursday night. 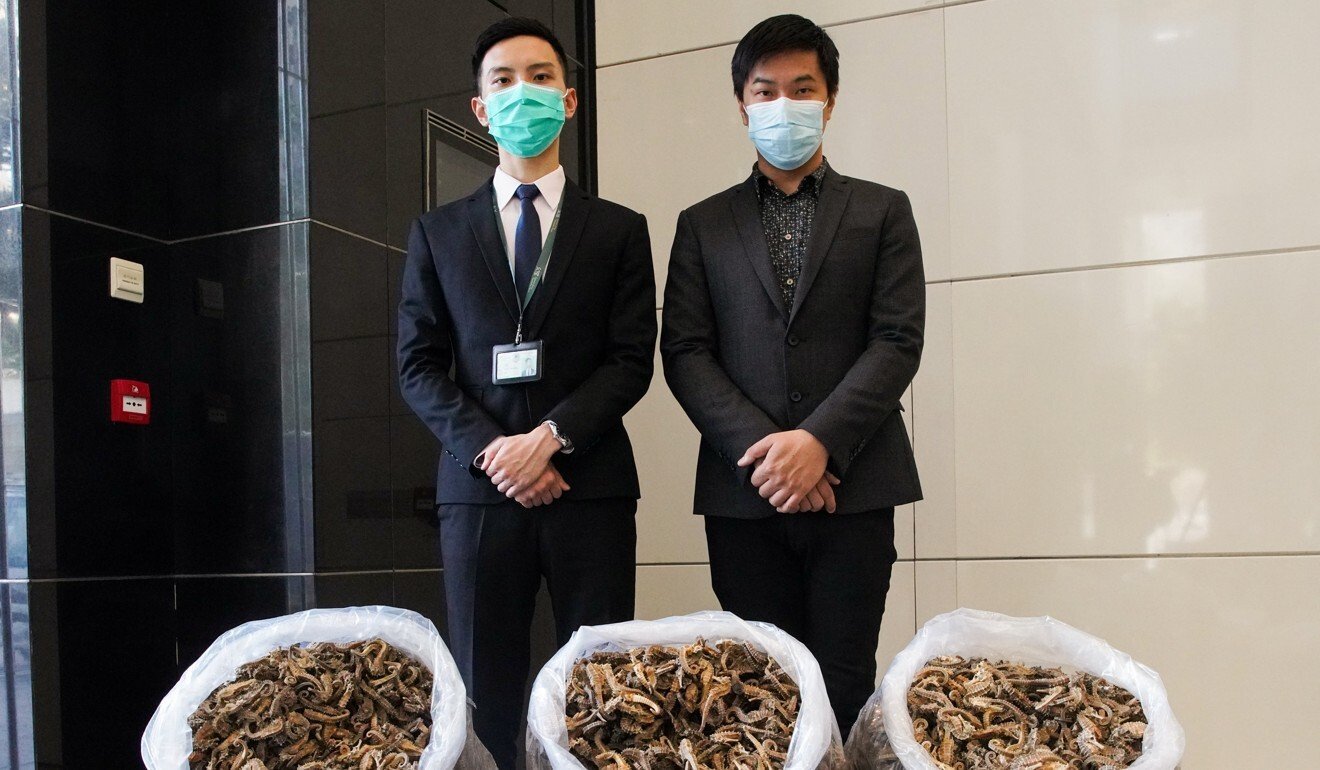 The haul was found in two boxes which were declared to be carrying body scrub.

Inside his flat, customs officers seized another four boxes that carried a total of 50kg of the dried seafood.

The total seizure in this case was 75kg and the haul had an estimated street value of nearly HK$1 million, according to the Customs and Excise Department.

The man was released on bail, pending further investigation.

Under the Protection of Endangered Species of Animals and Plants Ordinance, import or export of an endangered species without a licence carries a maximum penalty of 10 years in jail and a HK$10 million fine.

Another source said he did not rule out the possibility the seized seahorses were destined for neighbouring areas such as mainland China. 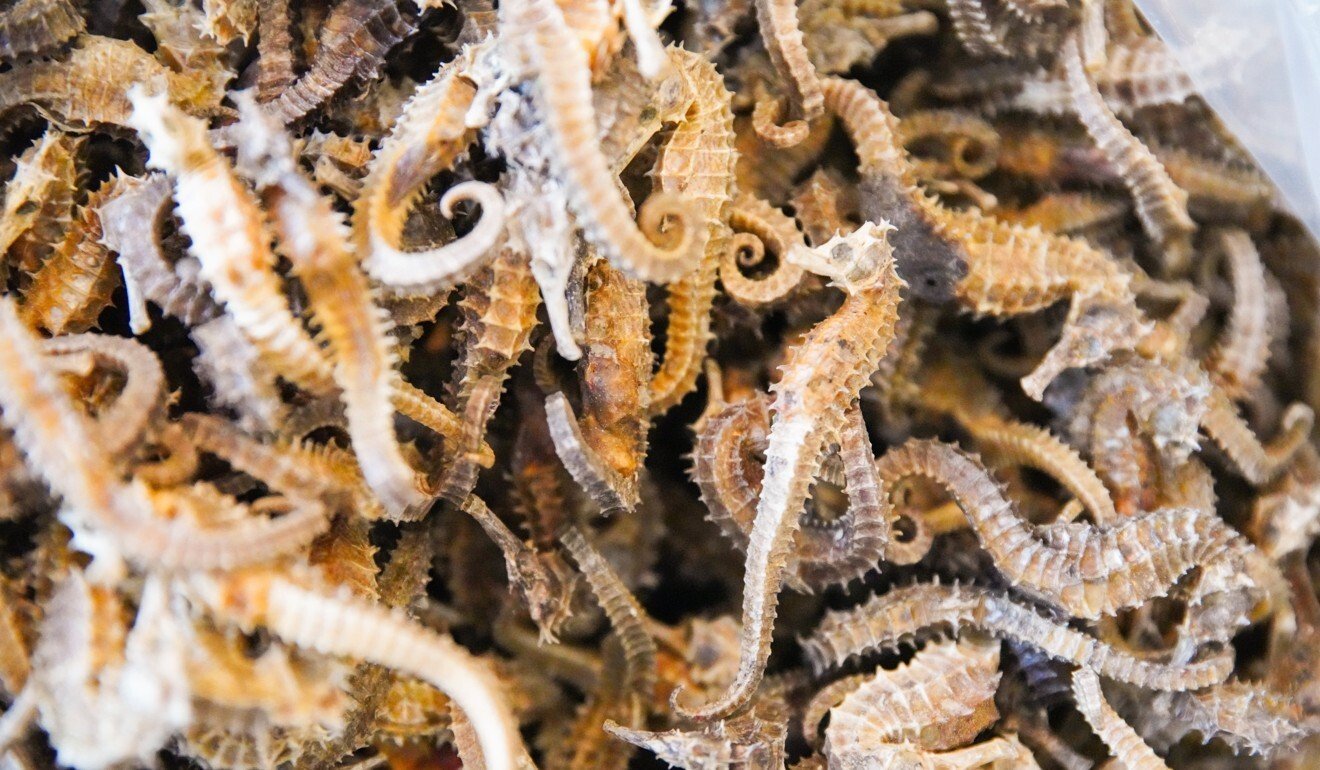 Seahorses are widely used in Chinese medicine, for conditions such as erectile dysfunction.

Seahorses are often used in Chinese medicine. Dried seahorses are ground into powder to treat certain ailments and one of the common applications is for men with erectile dysfunction.

Before this seizure, customs officers confiscated 43kg of the dried seafood in 11 other cases this year. One of Hong Kong’s largest seizures of dried seahorses was made in June 2018 when law enforcers found 138kg of the endangered species.

Up to November 11 this year, customs officers had confiscated endangered species worth HK$149 million, 12 per cent more than what was seized in the whole of last year. But the total number of wildlife smuggling cases dropped to 250 this year from 659 in 2019.