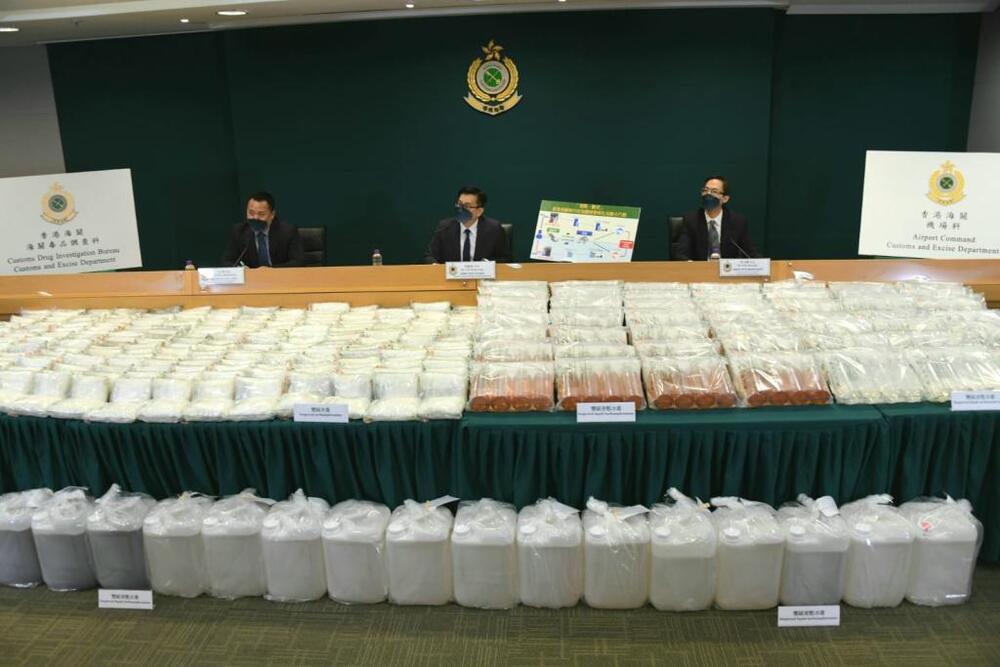 Customs seize HK$400m of 'ice' in biggest case ever

The three machines are transformers, a device that transfers electric energy from one alternating-current circuit to one or more other circuits, either increasing or reducing the voltage.

Mexico is the main source of drugs and rarely exports large machines. The sender shipped the goods under his own name via a mainland logistics company, and it was his first shipment to Hong Kong – sending off alarm bells as it is similar to drug smuggling cases in the past six months.

Subsequent drug tests and negative ion analyzer examinations identified methamphetamine in the liquid. It was estimated that a total of 447 liters of liquid methamphetamine were in the three transformers, according to initial assessments.

The customs arrested the 44-year-old owner of a transport company who planned to take those transformers at the airport cargo terminal.

It was believed that he was commissioned by a mainland logistics company to transport the transformers to a warehouse in Fanling for temporary storage.

“It is believed that someone was using the logistics company to remotely control drug trafficking,” Lee said. The case was referred to the drug investigation group for follow up.

After collecting intelligence, the customs identified a warehouse in Sheung Shui on March 24 and seized 10 cylindrical shock absorbers for industrial use, also imported from Mexico.

Officers found X-rays showed that there were irregular objects in the cylinders, and sought assistance from the Fire Service Department to cut them open.

A 43-year-old person in charge of the warehouse was then arrested after another 253 kg of "ice" were found inside the cylinders.

The two operations showed a multinational drug trafficking syndicate hid drugs in heavy industrial equipment and transported them from Mexico to Hong Kong through a mainland logistics company.

“They entrusted a local logistics company to store them temporarily and would arrange to transfer the goods later... during the whole process, the traffickers did not need to show up (in Hong Kong),” Lee said.

The two men arrested have been released on bail, as customs pursue the mastermind of the drug trafficking syndicate.

According to the customs, some 1.2 tons of drugs have been seized so far this year, more than double the amount from the same period last year.

With the pandemic making transportation across the border difficult, drug cartels now have to a large quantity of drugs in one go, customs said.

The department reminded local logistics companies to report any suspicious order as soon as possible, as the city's convenient logistics service may be manipulated by drug traffickers.
Add Comment