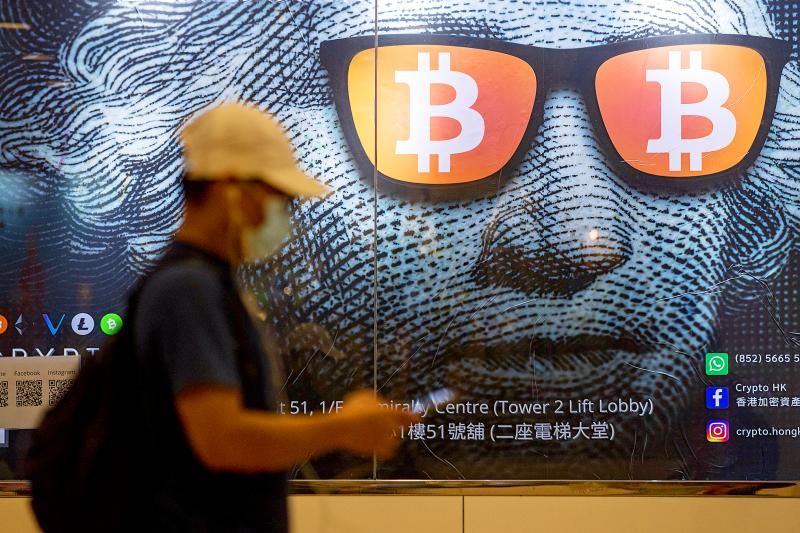 Two of the world’s largest bitcoin exchanges have halted new registrations for Chinese users, taking one of the first actions to comply with Beijing’s latest cryptocurrency ban.
Exchange operators Huobi (火幣) and Binance (幣安) have stopped letting traders use mainland China mobile numbers to register new accounts, after the People’s Bank of China (PBOC) on Friday said that all crypto-related transactions would be considered illicit financial activity.

New sign-ups are still available for Hong Kong users on both platforms, but mainland China is no longer an option for new-account creation.

A Huobi spokesperson declined to comment, while a Binance spokesperson said the company does not have exchange operations in China and blocks Chinese IP addresses, without commenting on the mobile registration move.

“Binance takes its compliance obligations very seriously and is committed to following local regulator requirements wherever we operate,” the spokesperson said in an e-mail.

China’s latest pronouncement — issued by the central bank along with nine other government agencies including the public security ministry — is the culmination of years of attempted crackdowns on the rise of bitcoin and its peers.

In 2017, China told local exchanges to stop hosting trades between fiat money and crypto tokens, forcing Huobi and Binance to set up shops in friendlier jurisdictions such as Singapore and Malta for their main trading platforms.

Still, Chinese users have been able to access their services including over-the-counter trading and crypto-to-crypto transactions.

In June, Huobi banned Chinese users from trading riskier products such as derivatives, after China’s Cabinet called for a renewed clampdown on crypto trading and mining.

There is no indication that Chinese users are barred from Huobi and Binance altogether, which are widely regarded as two of the big three crypto exchanges that originated in China, along with OKEx.

Users can still use mainland China numbers to register on OKEx as of yesterday morning in Hong Kong.

The PBOC’s announcement comes as countries around the world tighten the regulatory screw with the US threatening industry players with lawsuits or cease-and-desist orders. China’s stance comes as the Chinese Communist Party seeks bring key industries to heel from online gaming and tutoring to high-frequency trading.

“This is the latest and perhaps final stage of the Chinese government’s crackdown on crypto,” said Jehan Chu (朱沛宗), founder of investment firm Kenetic Capital in Hong Kong. “China has been consistent about its desire to rid itself of free trading in cryptocurrencies and emphasize more controlled projects.”
Add Comment