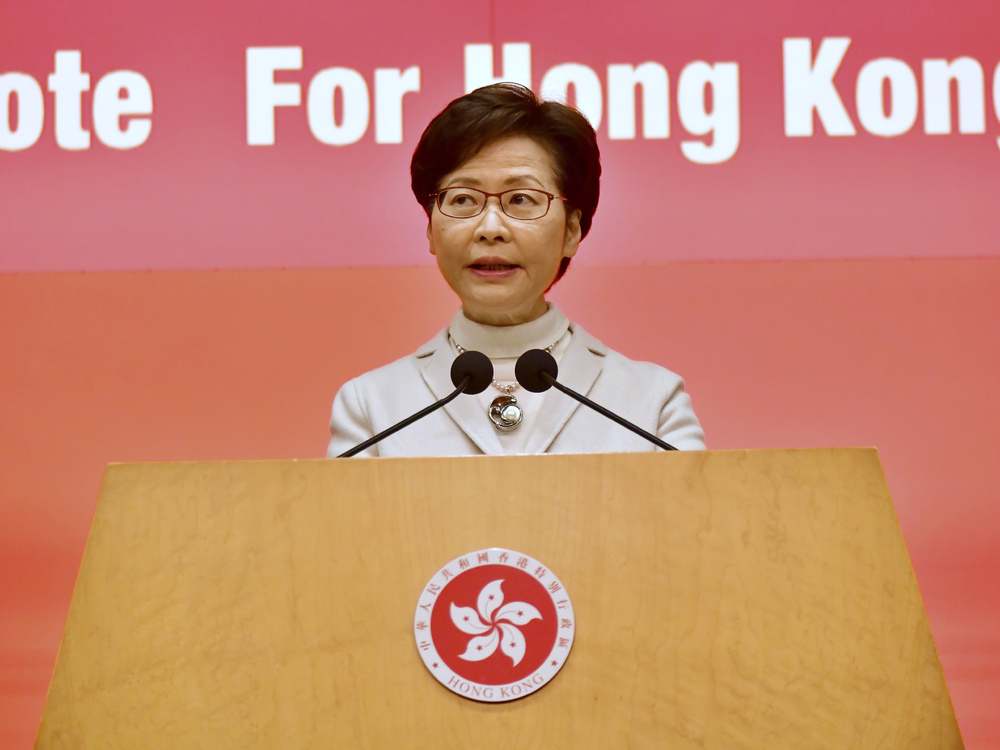 Cross-border travel quota will be opened to general citizens on a first-come-first-serve basis, although part of it will be reserved for businessmen, Chief Executive Carrie Lam Cheng Yuet-ngor said.

This came as Chief Secretary John Lee Ka-chiu on Tuesday led a delegation of officials to Shenzhen for a third meeting with Guangdong counterparts on border reopening.

Speaking before the Executive Council meeting, Lam said the quota or launch date of the quarantine-free travel scheme has not yet been set, but reassured that the government will allow citizens in need to secure a quota to cross the border apart from reserving quota for businessmen.

The government has earlier reached out to business sectors, including chambers of commerce, professional groups and listed companies, to discuss how to allocate quota among them.

But Lam hinted the quota for general travelers will be on a first-come-first serve basis – similar to the arrangement for employment agencies to book designated quarantine hotels for incoming helpers, with new quota opening daily or weekly – as it is not feasible for the government to establish a “score system” to evaluate the urgency of each applicant before deciding who should be given priorities.

“Let me make an appeal, those who are in need should apply for the quota. Those who are not in need, for example, people who are just traveling to the mainland, or running errands, should save the quota for Hong Kong residents who are in urgent needs,” she said.

“It’s impossible for the government to review each case individually and give it a score when allocating the quota.

“When we allowed foreign domestic helpers to come to the city, people also suggested we should use a scoring system to evaluate which helper waited for a longer time and whose job is more urgent. But such a policy is difficult to implement and will cause chaos.”

They met with officials from the mainland’s General Administration of Customs and the Shenzhen government also attended the meeting to discuss border control issues.

In a press release issued after the meeting, Office for the Chief Secretary for Administration said both sides discussed arrangements at border control points, crowd control measures and a system to handle gradually increasing travelers.

They also talked about the conversion between Hong Kong's health code and Guangdong's Yuekang code. The authorities will also carry out conversion tests later.

The Security Bureau will evaluate the capacities of the two open land borders with mainland -- Shenzhen Bay and Hong Kong-Zhuhai-Macau Bridge -- to decide when to reopen closed land ports, Lam said.

As of 9am Tuesday, some 440,000 people have registered on the Hong Kong health code system, including more than 150,000 who have activated their accounts, she added.

Sources said authorities may announce this week to open the borders by end of this month, as Lam wants to publish the good news before the Legislative Council election on Sunday so more people, especially pro-establishment camp supporters, will cast their ballots.

However, two new Covid-19 cases in Dongguan, Guangdong are threatening to disrupt the scheme, sources warned.

The two patients have been staying in Dalang town in Dongguan since December 5. The town is now under lockdown and all residents were required to get tested.

Guangzhou also recorded the second Omicron case in the mainland, a day after Tianjin saw the first imported Omicron case from Europe on Monday.

The Guangzhou case was a 67-year-old man who arrived in the mainland on November 27 and tested negative during centralized quarantine. He completed quarantine on Saturday and returned to his home at Tianshengcun estate in Yuexiu district in Guangzhou, and tested positive on Monday.

The man is now being isolated at a hospital in a stable condition. All residents living in the same building as the man have been sent to quarantine facilities. The residential estate is also under lockdown and residents have been required to stay at home. A subway station near the estate has also been closed.

More than 10,000 possible contacts of the men have been tested negative for the virus, mainland authorities said.

Respiratory expert Leung Chi-chiu yesterday said the border reopening between Hong Kong and Guangdong province will be affected if the man infected with the Omicron variant in Guangzhou has passed the virus to his family members.

But people need not worry if there is no continuous transmission in the mainland as Hong Kong also detected imported Omicron cases but it did not lead to community outbreaks, he added.