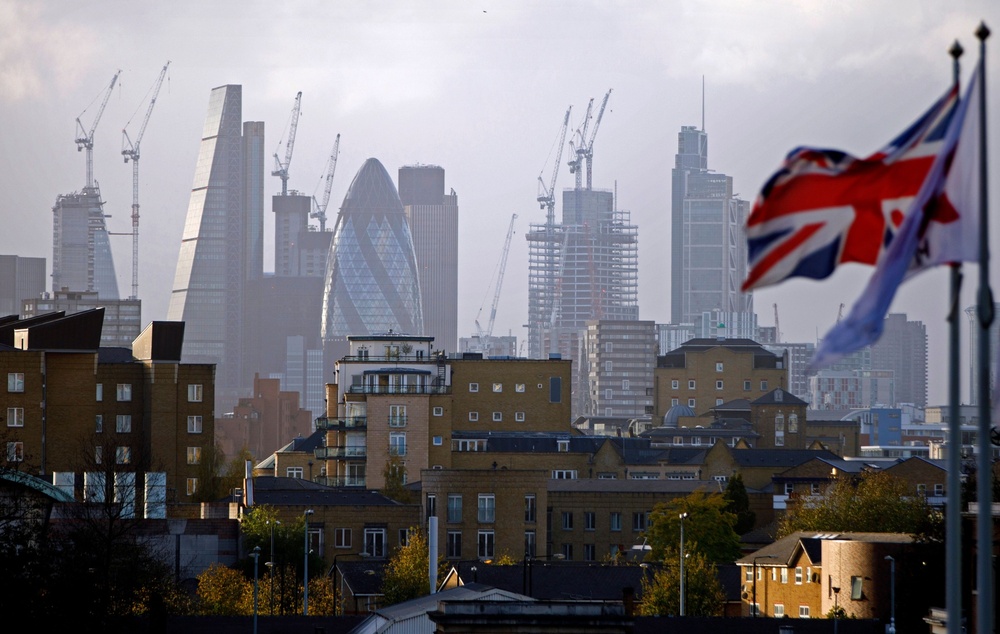 Even soaring prices, riots and political turmoil are not enough to deter people from being glad to be back in Britain, especially when compared to Hong Kong's drastic change for the worse post-2019, as one British writer explains as he returns to the UK after two decades in “Asia's World City”.
“You chose a good time to come back,” the Waitrose cashier said ironically when I told her this was my first week living in the UK since 1990. And that was before the Queen died and the pound collapsed to a record low.

Between the cost-of-living crisis, communal riots in Leicester and politically inspired market turmoil, it must seem from afar as though British society is coming apart at the seams. So, I risk ridicule when I say that my initial impressions of life back in Britain are overwhelmingly positive.

It’s all about perspective. After the suffocating atmosphere of post-2020 Hong Kong, following its sharp turn away from liberal values and embrace of a miasma of restrictive Covid social-control policies, arrival in the UK has felt like one long exhalation. It is a relief to be once again in a place where daily life at least is, for want of a better word, normal.

What has struck me most since landing is the diversity. The driver who took me and my luggage from Heathrow to our corner of north London was from Afghanistan. Our landlord is from Romania. The business owner who sold me fitted carpets was born in Pakistan. The hairdresser I went to last week is Iranian. A man from Hungary showed me how to use the drying machines in the local launderette. When we finally tracked down the big bags of Thai rice that are a staple of supermarkets in Hong Kong, it was in a converted newsagent run by a Kenyan Indian. I could go on.

After living for decades as a member of a small (albeit privileged) minority in Asia, it is an exhilarating change. The Finchley ward where we have settled is 61 percent white according to the 2011 census, but it doesn’t feel like that to me. There is no sense of dominance by any group. Many of the food stores that dot the high road have a Middle Eastern flavor; Chinese traditional medicine, Thai massage and Turkish barber shops jostle among the grocery sellers. The children’s playground at nearby Victoria Park on a Sunday afternoon is an ethnic and linguistic cornucopia. Last weekend, I spent some time chatting to a Chinese emigre from Tangshan. A week earlier, I overheard a woman from Hong Kong talking about how her family had to leave the city.

The second most striking aspect I have found about moving back is the general good-naturedness of people. The neighbors have been friendly and welcoming to my Anglo-Chinese family; shopkeepers have gone out of their way to be helpful; only once has a (white) driver made a V-sign at me so far. No one could accuse Hong Kong of being laid-back, even at the best of times. Britain is noticeably more relaxed.

At ground level, people seem preoccupied with living their lives in peace and rubbing along with their neighbors as best they can, which isn’t difficult when others have the same objective. From what I have seen, those who have arrived from unstable or autocratic societies are the most likely to appreciate their freedom to do that, unmolested by the arbitrary exercise of state power.

Contrast that with the situation in Hong Kong, where barely a day goes by without some fresh example of wanton dystopian nastiness. Fancy watching a football match? Get ready for the police to film you in case you boo the national anthem. Pensioners getting together to chat in a park? Be prepared to pay a fine for breaking the (unscientific and randomly applied) social-distancing rules. Mourning the Queen by lighting candles outside the British consulate? An officer will be along to douse them.

Forgive the judgment of a neophyte, but the UK’s cultural diversity strikes me as an immense latent strength. In the absence of ethno-nationalism or other forms of tribal loyalty, there has to be some other glue to hold society together. That, to me, inevitably means values. By virtue of its history, the UK may rightly be seen as a colonial bully in some parts of the world, but at home and at the level of ordinary people, there are certain characteristics that have long been seen as typical of British society, among them: tolerance, kindness, decency and respect for the individual. I see these much in evidence around me in north London.

Am I too starry-eyed? Perhaps. First impressions can be superficial, without question. I live in a relatively affluent part of the capital and remain part of a privileged socioeconomic group. Moreover London, being one of the most diverse cities on Earth, isn’t representative of the UK as a whole, which is 87 percent white. I am just starting to get to know my homeland again and may yet have to encounter more troubling undertones of Britain’s ethnic and social makeup. The Brexit vote stands as a testament to anti-immigrant feeling.

Maybe my euphoria at finally getting here — after a six-month wait for visas — is generating an aura of goodwill to which others are responding. I’ll admit that on holidays in the UK in the past, I have occasionally found people to be grouchy and rude. Give it three months, one colleague advised. Wait until the nights draw in, the temperature drops, and the rain becomes more persistent.

There’s no question that Britain has deep and serious problems, and I wouldn’t wish to diminish the hardship of struggling citizens by suggesting everything in this country is fine. Social cohesion may be tested as winter sets in, and the full impact of soaring fuel bills is felt. That’s without even considering the fresh economic and market instability triggered by the tax cuts of the Truss government.

For all that, this newcomer sees reasons for optimism. At times of crisis, it’s common for a government minister to stand before the media and insist that the fundamentals are sound. The fundamentals of the UK really are sound, in my estimation. I don’t mean the economic fundamentals (which quite possibly aren’t) but something even more basic: the way that people relate to each other on a day-to-day level, freely and openly, unencumbered by fear or apprehension of authorities, and (more often than not) with courtesy and consideration.

In a democracy with freedom of speech and rule of law, mistaken policies can be corrected. The UK has shown some worrying illiberal tendencies in recent years, like many countries around the world, but in the end, it is still a free society. Those who have spent time in unfree societies will know the difference.

“You can live here,” as the Algerian craftsman who came to assemble some furniture said, concluding a conversation about the pain of rising costs and the challenges the UK’s influx of Hong Kong migrants will face. I knew exactly what he meant.
#Afghanistan  #Covid
Add Comment