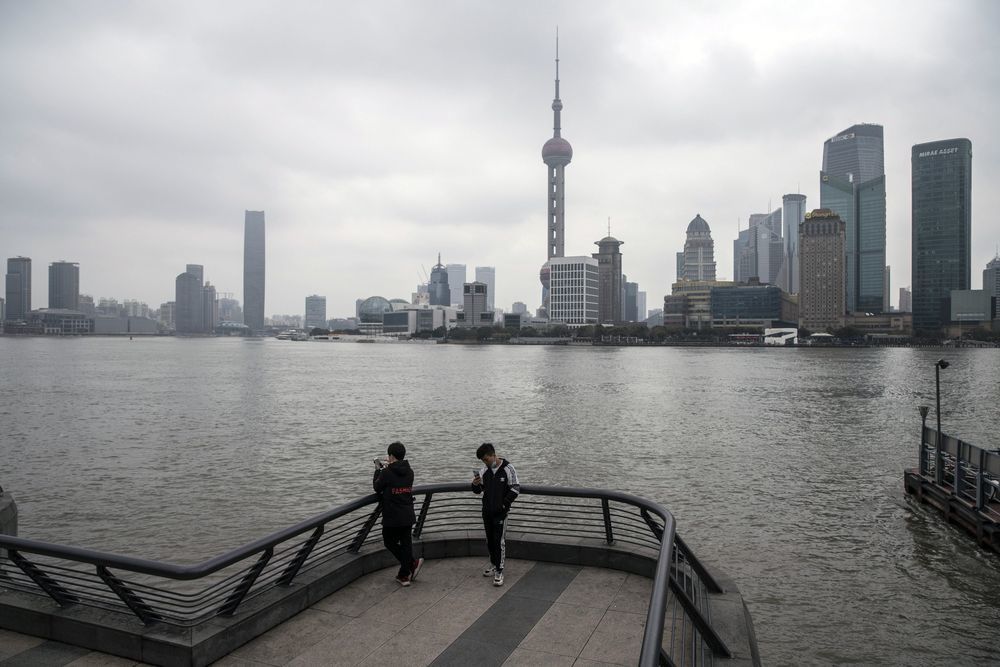 Credit Suisse Group AG and UBS Group AG are relocating a number of bankers to mainland China from Hong Kong to better compete for deals after the world’s fastest growing major economy relaxed curbs on foreign financial firms.
Credit Suisse recently moved three directors, including Vivian Feng, Richard Kot and Felix Meng, as well as four more junior bankers, to the mainland, said people familiar with the matter who asked not to be named discussing internal decisions. UBS is in the process of shifting several managing directors, though no final decision has been made, people familiar with the deliberations said.

Having bankers in Hong Kong, long a bridge between the West and China, is becoming less crucial as the mainland market opens, while Beijing’s tightening political grip has dimmed the city’s appeal. The moves are also in part prompted by concerns over continued restrictions on travel to and from Hong Kong, which is making it hard to do deals on the mainland.

Competition is heating up in China after the nation last year allowed foreign firms to fully own their onshore securities businesses. Credit Suisse and UBS, as well as U.S. rivals such as Goldman Sachs Group Inc. and JPMorgan Chase & Co., are boosting their presence, in some cases seeking to double staff, to chase after profits that are estimated to reach $47 billion in investment banking alone by 2026.

Media representatives at the Swiss firms and JPMorgan said they couldn’t comment.

UBS and Credit Suisse both have aggressive plans to expand on the mainland. UBS in late 2018 became the first global investment bank to gain control of a local securities joint venture.

Helman Sitohang, the Credit Suisse Asia Pacific chief executive officer, said in an interview last week that the bank is seeking to gain full control over its venture as soon as possible. The bank plans to double its headcount in the country and has been working to upgrade its infrastructure as well as moving bankers to China.

Credit Suisse and UBS both ranked outside of the top 10 last year arranging Chinese share sales on the mainland and in Hong Kong, trailing China’s biggest firms as well as Morgan Stanley and Goldman Sachs, data compiled by Bloomberg show.

UBS ranked third in advising on mergers and acquisitions in China over the past 12 months, trailing CICC and Goldman Sachs. The Swiss bank’s standing was boosted by its work on a natural gas pipeline deal.

Other banks such as Morgan Stanley have also been moving people out of Hong Kong to bases on the mainland.

But banks have had some difficulties in persuading Hong Kong-based senior bankers to move to due to higher taxes, lifestyle differences and family reasons.

China recently signaled it would start taxing its citizens living abroad, though questions remain how broadly the authorities will apply the new rules in Hong Kong. China’s tax rate is as high as 45%, while Hong Kong’s is about 15%.
Add Comment