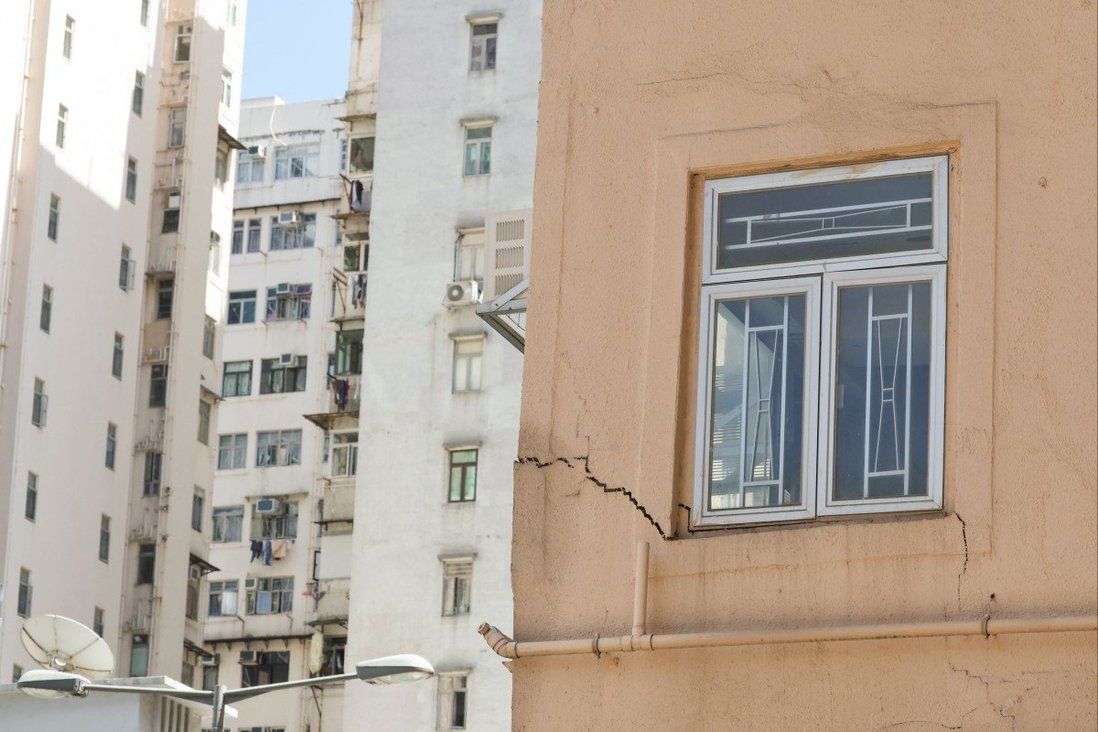 Deep cracks running along the outer wall of a flat on the first floor of a residential building in Hong Kong’s Yau Tsim Mong district have prompted residents and an expert to call for an inspection of the structure and seven others nearby, all built a half-century ago.

But the prospect of redevelopment of the area and the financial hardship caused by the Covid-19 pandemic had left many of the owners of the units in the affected building with little desire to undertake costly repairs to their own units, should they also need work, a community worker on Friday said.

The worried residents of Man Yuen Building in Jordan said they first noticed cracks on the outer wall of the first-floor unit that jutted out above the pavement last July, according to Chan Siu-tong of the Business and Professionals Alliance. Chan claimed the owner had done nothing to fix the problem. 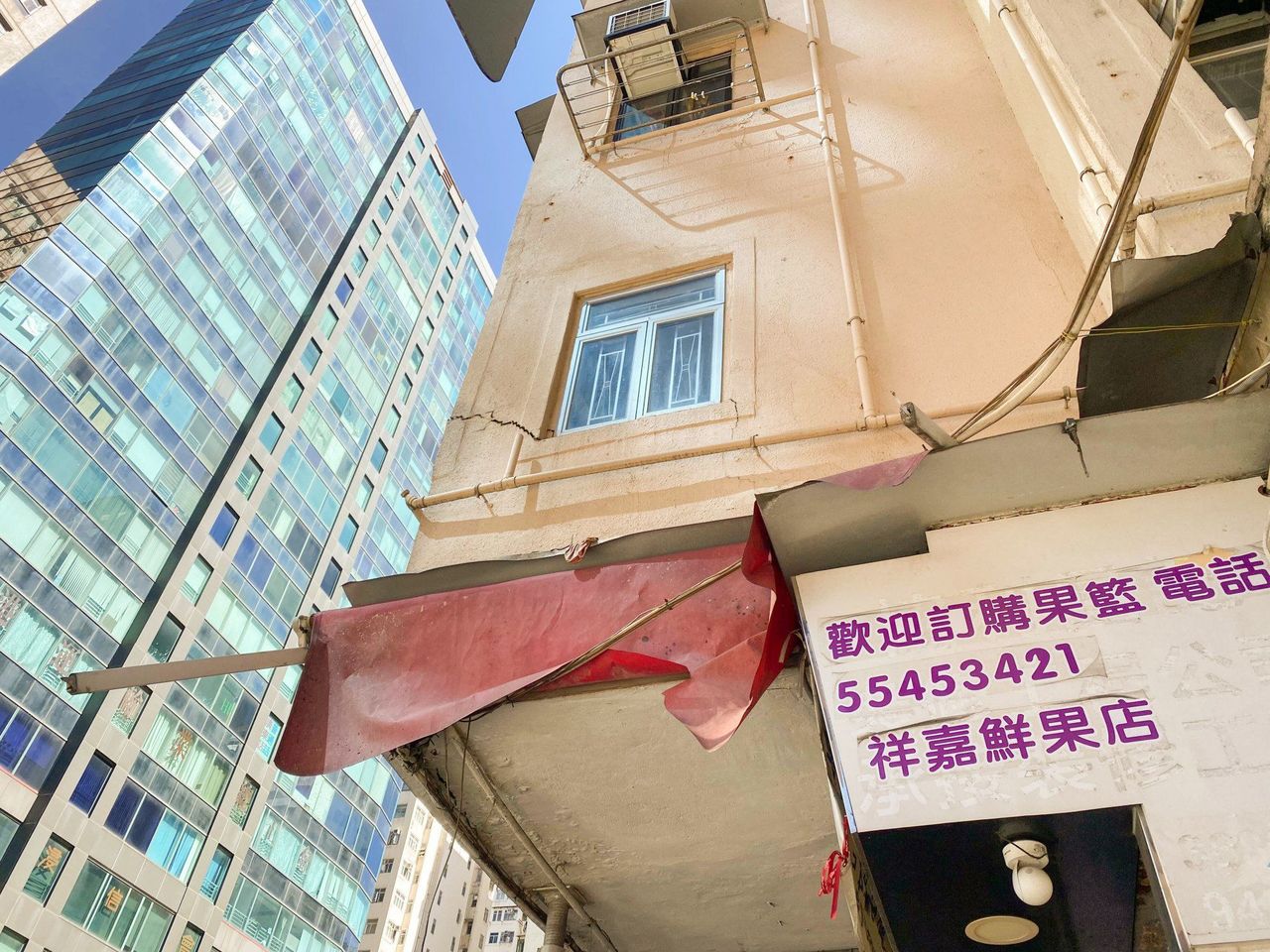 Buildings Department workers installed a supporting structure on Friday, and it said it would follow up with the owner on complying with a repair order issued to it in January.

“We urge the government to tackle this issue as soon as possible so as to make residents feel safe,” Chan said. “We have received a two-digit number of complaints a week on average from residents with various building problems like water seepage, walls peeling and insufficient electricity load.”

The first-floor flat had remained vacant for months even after it was rented out as subdivided units, Chan said.

Man Yuen Building is one of the eight comprising Man Wah Sun Chuen, a private housing cluster at the junction of Jordan Road and Ferry Street built between the 1960s and 1970s, with a total of about 3,200 flats.

Over the years, many of the flats were subdivided into tiny spaces for low-income residents to rent, while some were used as guest houses or for commercial purposes. 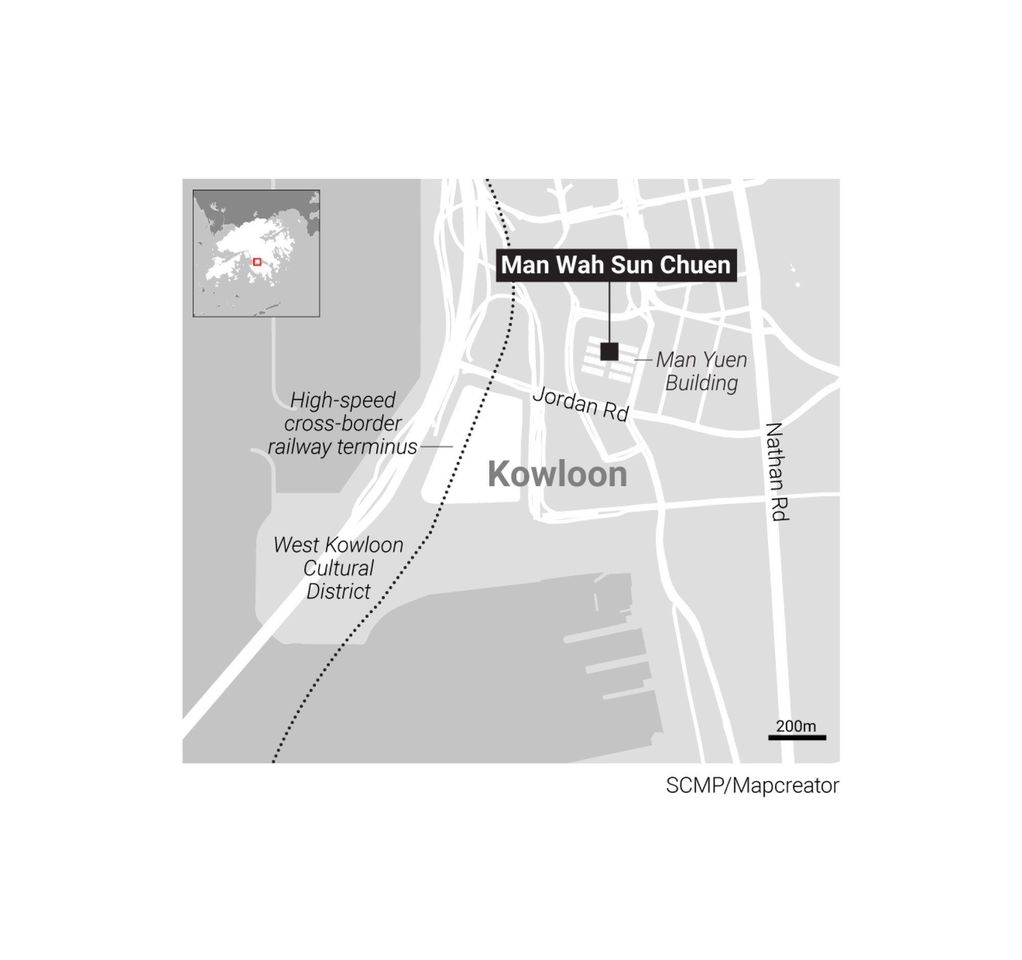 The cluster falls within the area of a study conducted by the Urban Renewal Authority into densely built districts of Yau Ma Tei and Mong Kok. The study proposed measures to make redevelopment of old buildings more financially viable, but the scheme has not been finalised, and no timetable or implementation details have been confirmed.

The authority earlier suggested Man Wah Sun Chuen be turned into a new residential and commercial area, taking advantage of its proximity to the cross-border railway terminus.

According to Land Registry records, Newmax Investment, with two directors, is the owner of the first-floor unit. One of the directors surnamed Law shares the same name as a veteran property investor. Neither the company nor Law could be immediately reached for comment.

Chan said they had contacted the owner of the affected unit, who told him they were waiting for a detailed redevelopment plan for the area before considering a next step. 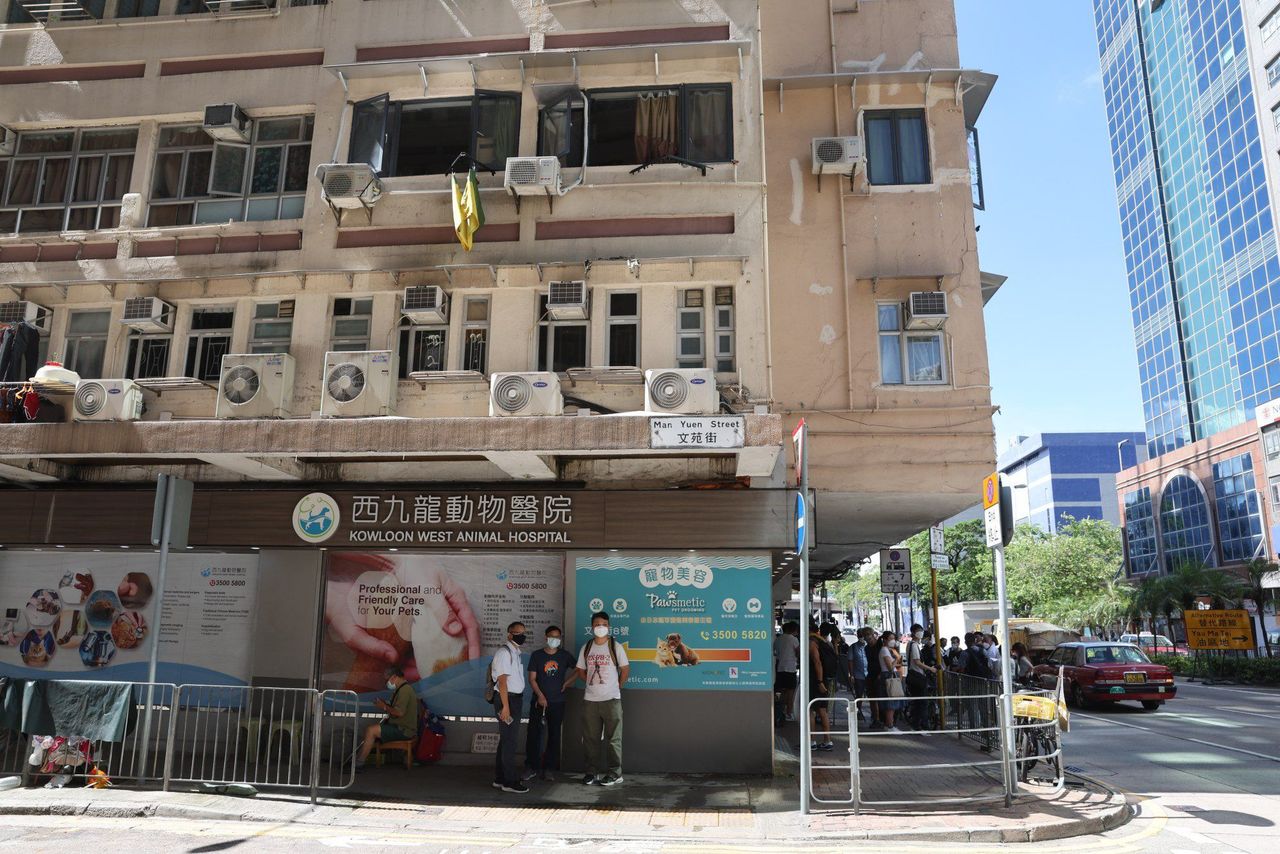 Man Yuen Building is one of the eight comprising Man Wah Sun Chuen, a private housing cluster at the junction of Jordan Road and Ferry Street.

Chan’s group urged the Buildings Department to step up inspection of the affected structure and provide greater financial assistance for carrying out repairs within the redevelopment area.

Building surveyor Vincent Ho Kui-yip inspected the flat on Friday and said it was not at risk of collapsing as the wall with cracks was non-structural.

But he warned that without repairs, the outer wall could become unstable and parts might fall down even with the temporary support. Ho also called on authorities to carry out a review of Man Yuen Building as well as the other seven buildings in the housing cluster to ensure their safety.

“This problem is not rare, especially in the city’s old buildings with many alterations like subdivided units,” he said. “The eight buildings there have similar building ages. I don’t rule out that there could be similar problems in them.” 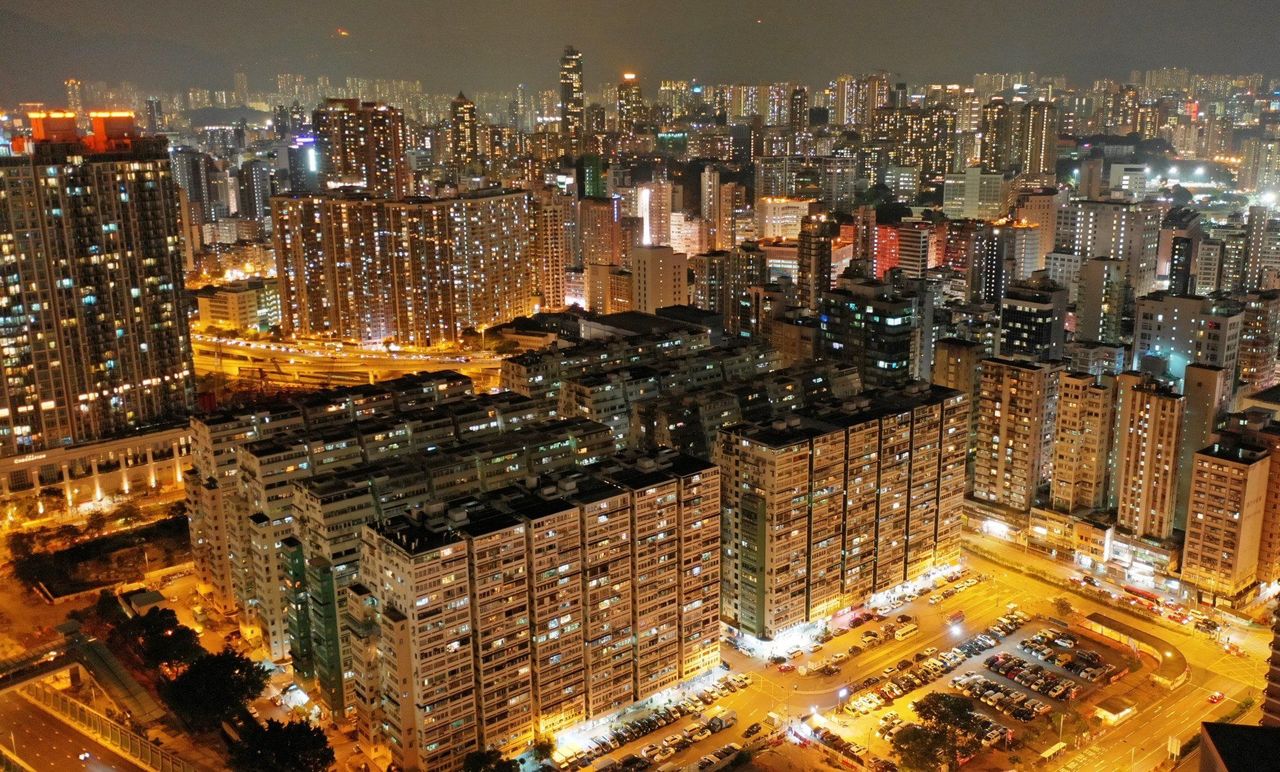 A department spokesman said workers who inspected the flat determined the cracks would not affect the building, and there was no immediate danger.

The building order it issued to the owner in January, with the deadline for compliance next month, required it to arrange for an inspection of the flat’s balcony and submit proposals for remedial work, as well as repair some damaged concrete structural components. The owner agreed to follow up, the department said.

A spokesman for the authority said a number of owners’ corporations in the building cluster had applied for repair funds and were preparing for the work, including the one for Man Yuen Building. The owners of the block were choosing a consultant company for the repairs covering common areas and works required by building orders, it said.