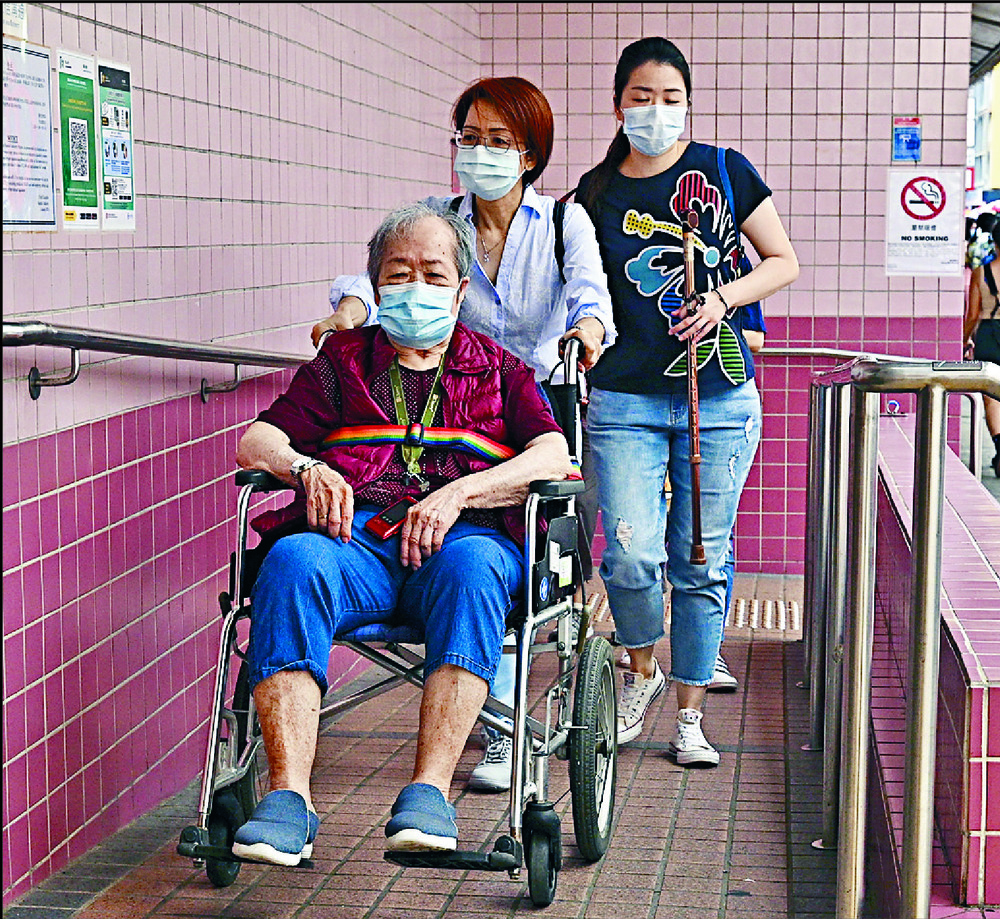 More than 80 percent of people who have to take care of their elders amid the Covid-19 pandemic are suffering from depression, a survey has found.
Nearly 10 percent of carers of the elderly even had frequent or almost daily thoughts of self-harm or suicide.

Those findings emerged in a survey last month by the Hong Kong Christian Service of 287 family caregivers, of whom 20 percent were aged 65 or above, that detected signs of moderate to severe depression among more than half of the respondents.

The service said many carers are struggling due to a lack of accurate medical information and difficulty understanding the SAR administration's isolation arrangements. They also experienced difficulties in reporting positive rapid test results online.

"Of the five most common difficulties encountered by carers, four were related to the pandemic and medical information, showing that elderly carers are having difficulties in dealing with the massive and constantly changing epidemic information," it said.

One of the carers, 86-year-old Mak, has to take care of her 98-year-old visually impaired husband despite her illnesses of the heart and with joints.

Mak's husband caught Covid-19 in February, sparking a period of deep misgivings over the level of care he would get at hospital or isolation facilities.

Also factoring into her fears was that she could not look after her husband anymore if she was infected.

Mak was left to her own devices in sterilizing her home as the government hotline was inaccessible.

"As the government said we could not use the same toilet as Covid-19 patients, I had to urinate and defecate in the kitchen," she said, adding she had to wear a mask at home all the time.

His infection took its toll on her with a spike in psychological pressures that led to insomnia bouts.

Another carer, 79-year-old Chan, had it worse in caring for a wife who has dementia when they both tested positive in March, with the pressures leading to depression and bouts of insomnia that necessitated sleeping pills.

Although their children helped report their positive results, Chan said "it's meaningless to report our infections because there was no support and no quarantine arrangement. We had to rely on ourselves."

Daycare centers for the elderly were closed so he had to look after his wife at home around the clock.

"Sometimes my wife couldn't recognize me and had no idea what was happening outside. She doesn't want to sleep, and I could not sleep if she was awake," he said.

The service suggested the government enhance coordinating district committee operations with distributions of daily supplies to families in need and the extension of emotional support.
#COVID-19  #Covid
Add Comment