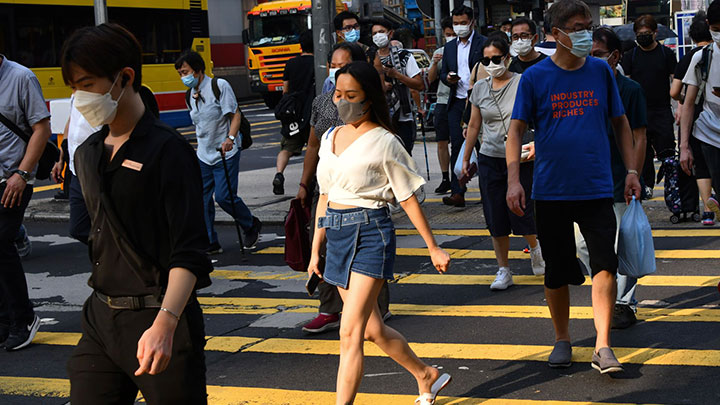 Covid jab to open to infants as HK sees 4,547 cases

Infants aged six months and above could receive their Covid-19 vaccination starting Thursday as the city recorded 4,547 new cases.
Among the new cases, 4,321 were locally transmitted while the other 226 were imported cases, Chuang Shuk-kwan from the Centre for Health Protection said.

Hospital Authority chief manager for quality and standards Lau Ka-hin said the authorities will lower the age of receiving Covid-19 jabs to six months old, calling on parents to vaccinate their kids at some 20 general outpatient clinics as soon as possible.

Meanwhile, citizens aged 50 or above can also receive the fourth dose starting tomorrow.

Chuang said that the authorities will only provide Sinovac vaccines to children aged over six months, while the BioNTech vaccine is still under negotiation. It was believed that the scientific committee had balanced the pros and cons and considered such a decision to be safe.

In addition, due to the increase in inpatients, hospitals will arrange for patients in stable condition to stay in rehabilitation hospitals and convalescent hospitals or refer suitable patients to private hospitals for medical treatment.

The center was informed of 437 positive cases from 330 schools, including 356 students and 81 teachers and staffers. Three elderly homes and three care centers for the disabled also reported new infections.

The deceased included three men and one woman aged 84 to 89. Two were residents of elderly care homes, and only one had received three jabs.

Public hospitals and treatment facilities are now housing 1,533 patients. Among them, 20 are in critical condition, 24 are in serious condition, and six are in hospital intensive care units. In the past 24 hours, 163 patients have recovered from Covid, and 146 of them have been discharged.
#Vaccines  #BioNTech  #COVID-19  #vaccine  #Covid
Add Comment