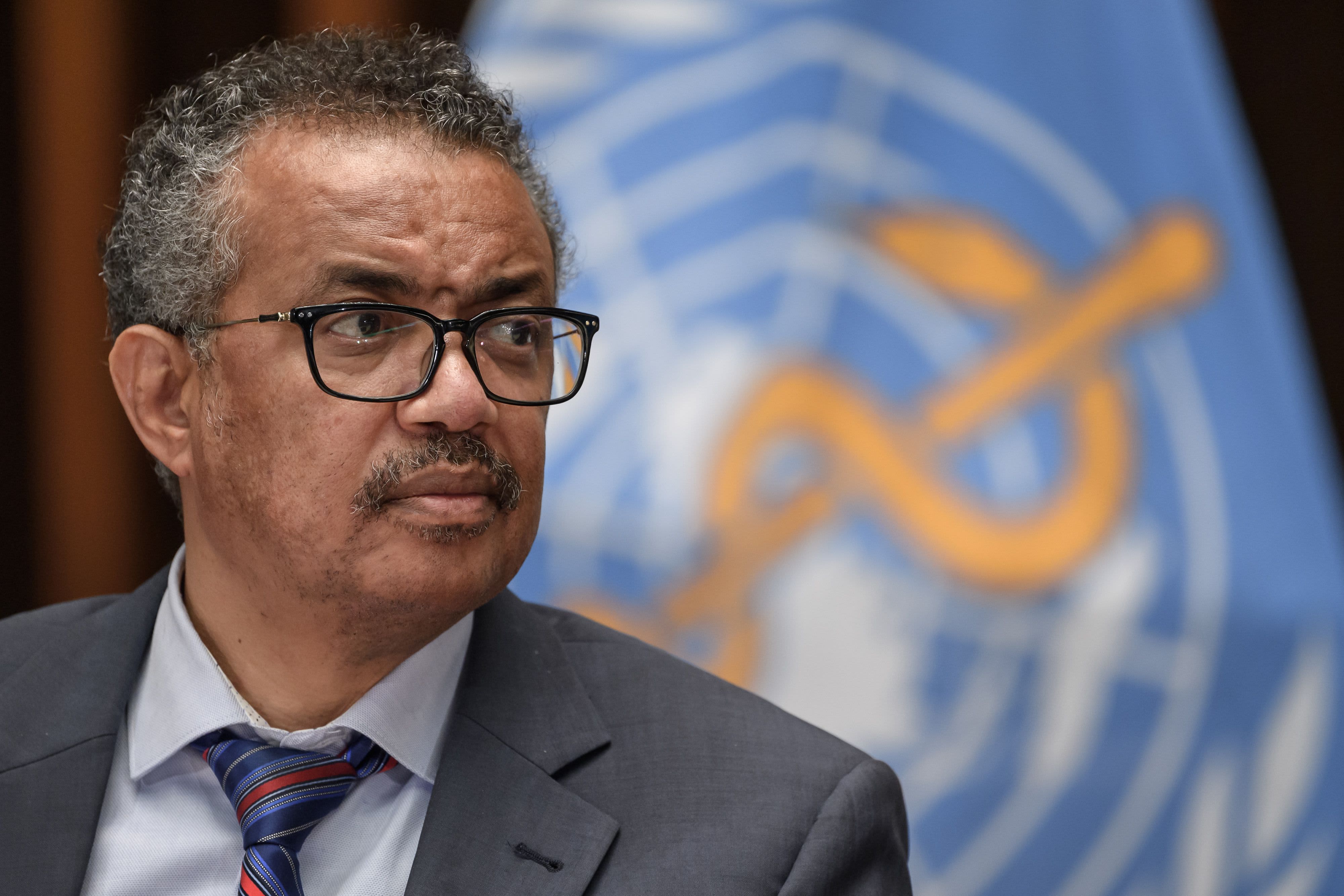 The head of the World Health Organization said Friday that an alarming rise in Covid cases has pushed global infections toward their highest level in the pandemic.

“Around the world, cases and deaths are continuing to increase at worrying rates,” WHO Director-General Tedros Adhanom Ghebreyesus said in a briefing focused on Papua New Guinea and the western Pacific.


“Globally, the number of new cases per week has nearly doubled over the past two months. This is approaching the highest rate of infection that we have seen so far during the pandemic,” he continued.

Tedros said the United Nations health agency will continue to assess the evolution of the coronavirus crisis and “adjust advice accordingly.”

Under international health regulations, Tedros said, WHO’s emergency committee convened on Thursday, and he expects to receive their advice on Monday.

“Globally, our message to all people in all countries remains the same. We all have a role to play in ending the pandemic,” he said.

More than 139 million Covid cases have been reported worldwide, with 2.9 million deaths, according to data compiled by Johns Hopkins University.

The WHO declared the coronavirus a global pandemic on March 11, 2020.

Tedros has previously said that one of the WHO’s main priorities is to increase the ambition of COVAX, an initiative working for global equitable access to Covid vaccines, to help all countries end the pandemic.

The COVAX plan was expected to deliver almost 100 million vaccines to people by the end of March, but it has distributed only some 38 million doses.

The WHO has said it hopes the initiative will be able to catch up in coming months but has condemned what it describes as a “shocking imbalance” in the distribution of vaccines between high- and low-income countries.

The health agency has also criticized countries that have sought their own vaccine deals outside of the COVAX initiative for political or commercial reasons.

At the start of the year, Tedros warned that the world was on the brink of a “catastrophic moral failure” over vaccine inequality.

He said a “me-first approach” to vaccines would leave the world’s poorest and most vulnerable people at risk, adding the approach was “self-defeating” since it would encourage hoarding and likely prolong the health crisis.