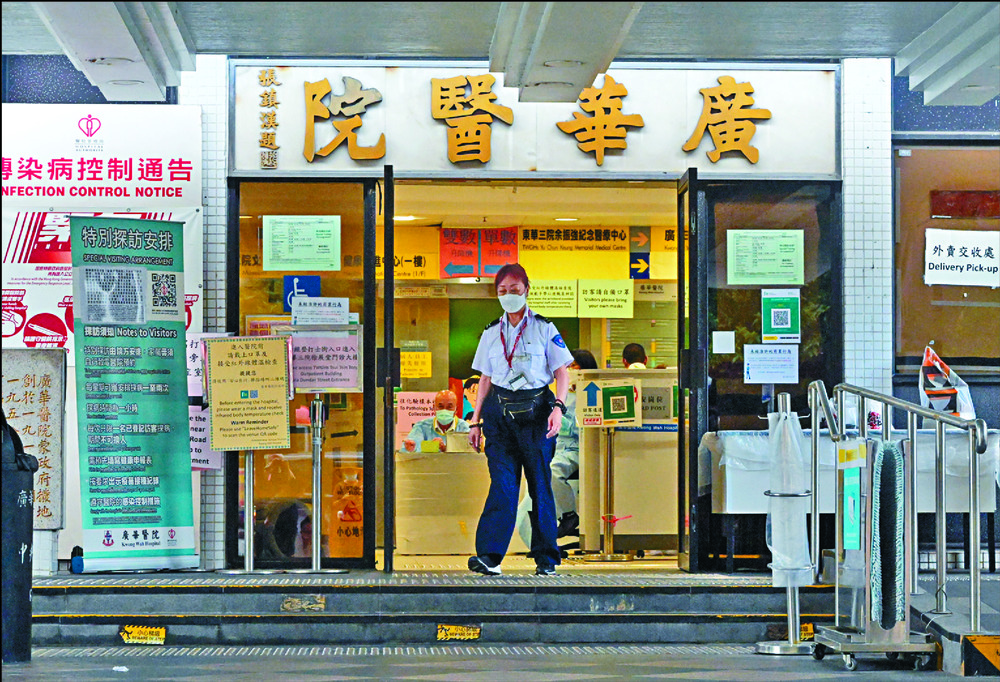 Hong Kong yesterday reported 8,579 Covid infections, mounting over the 8,000 mark for the first time since March and just one day after cases hit 7,000.
Health authorities said the daily caseload has increased rapidly since it surpassed 6,000 a few days ago, as the prevalence of the highly infectious BA.5 Omicron subvariant has risen to 43.9 percent.

"The accelerated growth of outbreaks indicate an increase in community transmissions, and the public should take additional precautionary measures including wearing proper face masks when going out, and minimize participation in cross family gatherings," he said.

Although authorities do not wish to bring back stringent social distancing rules, certain measures may be on the way to curb further outbreaks, Au said.

Nine more lives were lost to Covid yesterday - four men and five women aged 70 to 108. They included two elderly home residents, who were among five who had not been triple vaccinated.

These deaths took the city's Covid death toll in the fifth wave to 9,430.

Director of Immigration Au Ka-wang, who last went to work yesterday, tested positive in a rapid Covid test. An Immigration Department spokesman said Au is isolating and his office will be disinfected.

So far, 11 doctors have been infected in the cluster, including six from Kwong Wah Hospital's obstetric and gynecology department. The hospital has arranged for some doctors on leave to return to work. No patients have been listed as close contacts.

Among the worst hit, Buddhist Li Ka Shing Care and Attention Home for the Elderly in Wan Chai has a cluster of 33 residents and eight staff.

The jump in case numbers came as Secretary for Labour and Welfare Chris Sun Yuk-han said that residential care home staffers will be required to take PCR tests every other day from Wednesday, instead of weekly tests.

However, Elderly Commission member Grace Li Fai criticized authorities for "having their heads in the clouds" for this move as it will increase the workload for staff.

She said care homes might not be able to allow staff to get tested in community test centers every other day and will have to rely on test contractors to collect samples at their institutions.

"But it'll create trouble for administrative work unless the contractors can tell us when exactly they're coming to collect our samples," she said.
#Covid
Add Comment