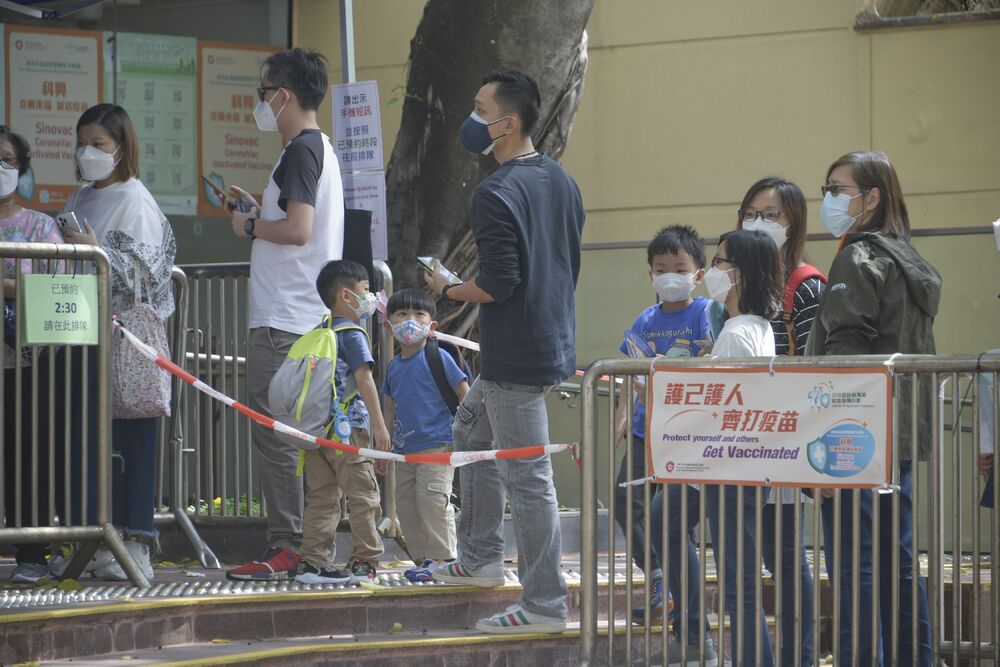 Covid caseload at 6,646 for Thursday, with 119 deaths reported

Hong Kong on Thursday reported 119 Covid deaths and 6,646 infections, the sixth consecutive day with a caseload below 10,000.
However, undersecretary for food and health Chui Tak-yi said infection numbers in four digits are still much more severe than the highest daily tally at 149 in the fourth wave last year, as he reminded citizens to continue to heighten alertness and avoid flocking to graveyards and columbariums on the weekend and Ching Ming Festival on Tuesday.

He added a possible super-spreading event can easily trigger a rebound of outbreaks and called for citizens to stick to social distancing measures and refrain from cross-family gatherings.

On the city’s vaccination coverage, Chui said over 270,000 elderly citizens aged 70 and above have yet to be jabbed and urged them to receive the injections as soon as possible.

Seven of the cases were imported, including two aircrew members arriving from Germany on Wednesday and five travelers from Thailand, Indonesia, and United Arab Emirates.

Hospital Authority’s chief manager for patient safety and risk management, Sara Ho Yuen-ha, said 102 Covid patients passed away in public hospitals on Wednesday, including 58 men and 44 women aged between 56 and 105.

Of them, 53 were care-home residents, while 67 were unvaccinated, 25 had taken one dose, nine were double jabbed, and one had three shots.

Three of the younger patients below 60 were two men and a woman, 56 to 59, who suffered from chronic diseases or cancer.

As of Wednesday, the Hospital Authority has prescribed Covid oral drugs from Pfizer and MSD to over 21,600 patients.