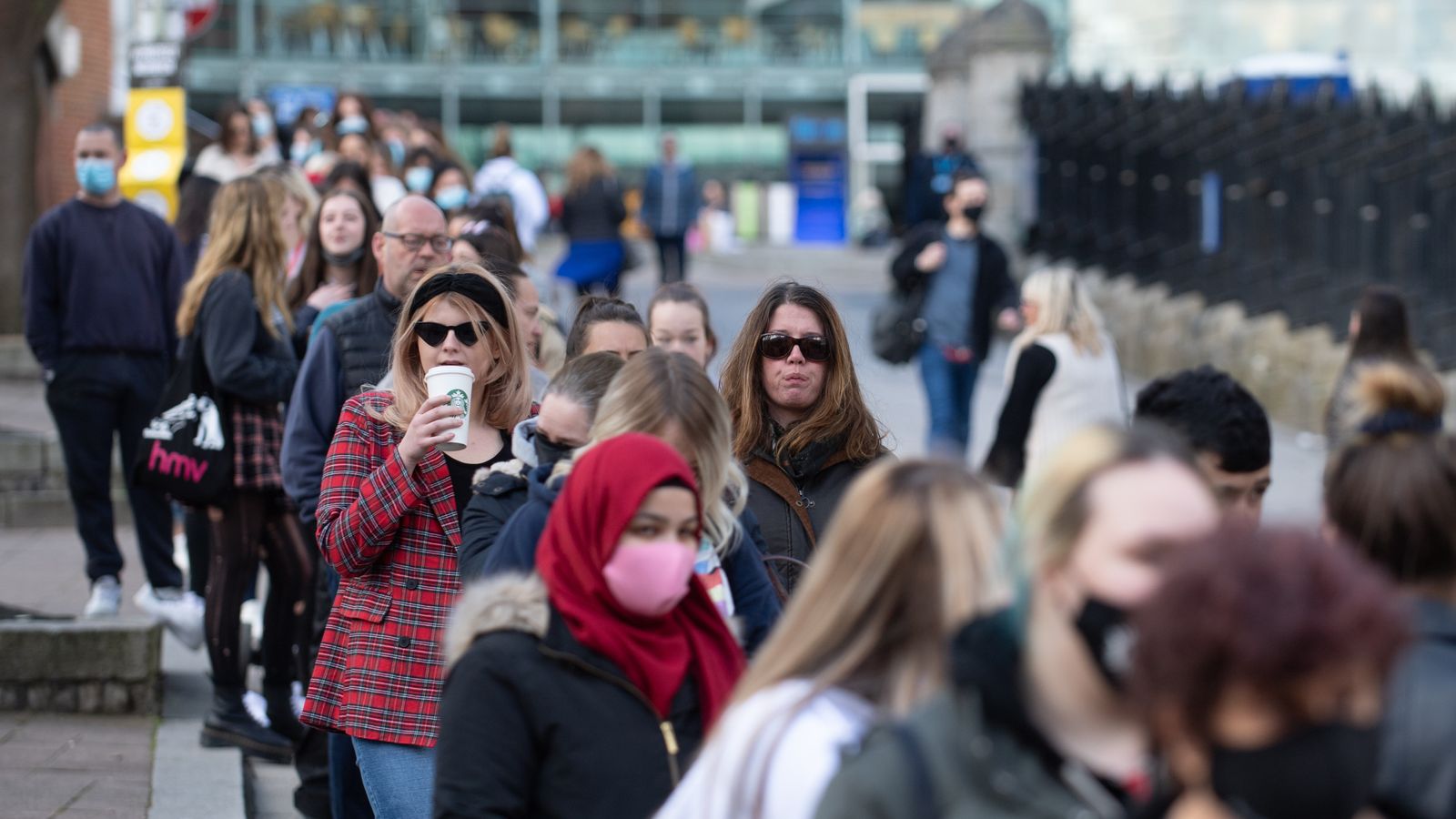 The predicted bounce-back will come after Britain suffered its biggest annual decline for three centuries last year.
The UK is on course for its strongest annual growth since the Second World War after a resilient performance through latest lockdowns, according to a respected economic forecaster.

Gross domestic product (GDP) is expected to expand by 6.8% this year, according to the EY ITEM Club - which would be the fastest pace since 1941.

Another forecast, from Goldman Sachs, predicts a "striking" growth rate of 7.8%, stronger than its expectation for the US, where Joe Biden's multi-trillion dollar stimulus effort is firing up recovery.

A bounce-back in 2021 already looked inevitable after UK GDP suffered a 9.8% slump in 2020 as the COVID-19 pandemic crushed economic activity.

That was the biggest annual decline for three centuries and the worst performance among the G7 group of major advanced nations.

But the "innovative and flexible" response of UK businesses and consumers to the pandemic means forecasters are now upgrading how strong they think the bounce-back will be.

The EY ITEM Club had previously pencilled in 5% growth for this year - a figure previously matched in 1997 - with the performance held back by the impact of lockdowns in the early part of the year.

But it now estimates that the economy only shrank by just over 1% in the first quarter, not the 3-4% contraction previously feared.

The current April-June period alone is predicted to see growth of 4-5%, helped by the reopening of the economy and continued support from government spending and Bank of England policy.

The latest report from EY ITEM Club - which uses the Treasury model for the UK economy - also suggests that the economy will return to its pre-pandemic level by the second quarter of next year, three months earlier than previously predicted.

Howard Archer, chief economic advisor to the EY ITEM Club, said: "The UK economy has proven to be more resilient than seemed possible at the outset of the pandemic.

"Businesses and consumers have been innovative and flexible in adjusting to COVID-19 restrictions and, while restrictions have caused disruption, lessons learned over the last 12 months have helped minimise the economic impact.

"Our latest forecast suggests that the UK economy will emerge from the pandemic with much less long-term 'scarring' than was originally envisaged and looks set for a strong recovery over the rest of the year and beyond."

The International Monetary Fund currently predicts UK growth of 5.3% for 2021, with the Bank of England pencilling in 5% expansion and the Office for Budget Responsibility (OBR) just 4%.
#COVID-19  #Joe Biden  #Covid
Add Comment