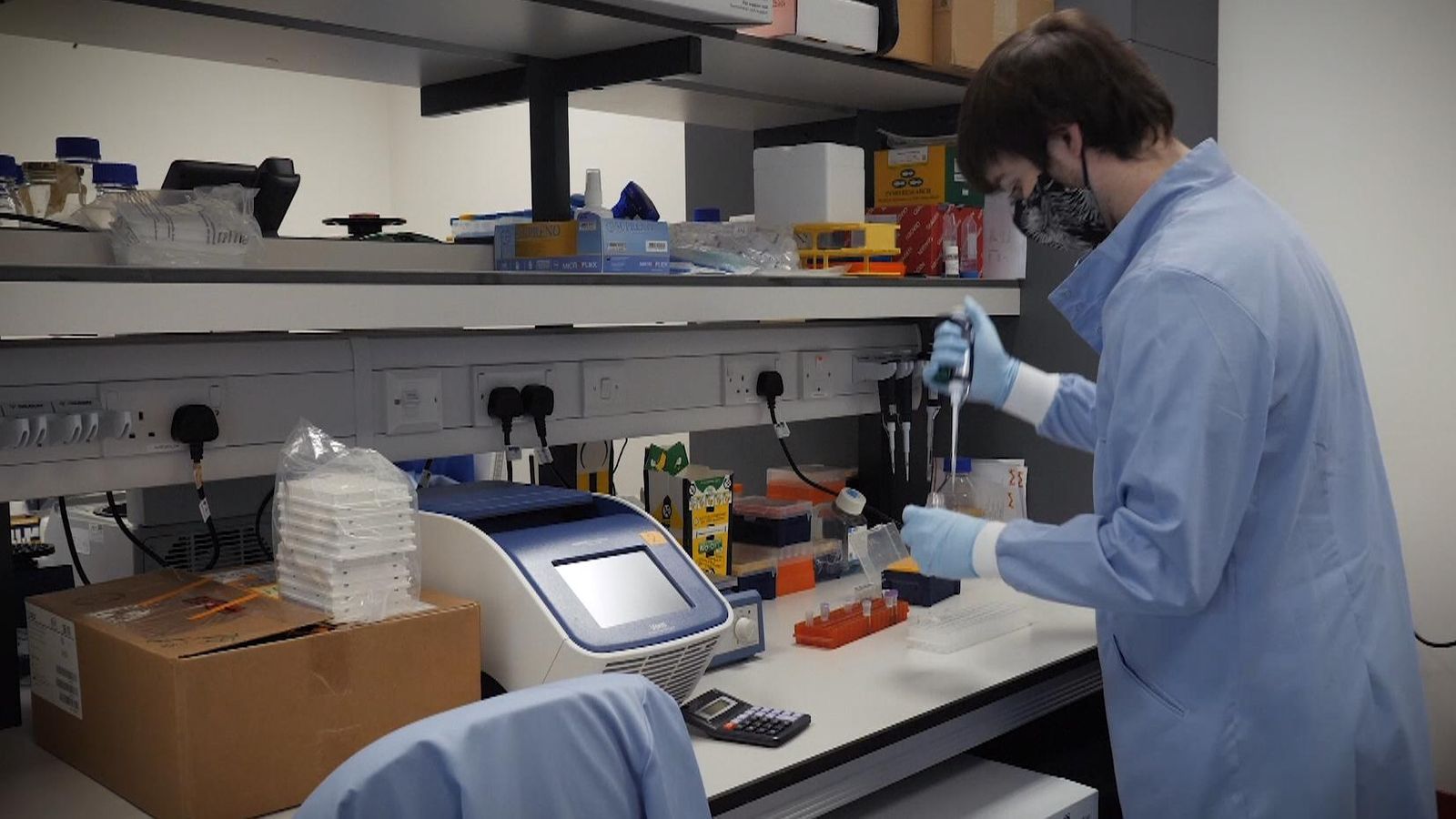 COVID-19: Scientists warn against lifting lockdown too soon - 'virus always has mutation as a weapon'

The scientists say easing restrictions too soon could allow more sinister versions of the virus to escape and seed a new outbreak.

Scientists tracking the spread of COVID variants have warned against lifting lockdown too soon.

They caution that easing restrictions before daily cases are in "the low thousands" could allow more sinister versions of the virus to escape and seed a new outbreak.

In an exclusive interview, Steve Paterson, professor of genetics at Liverpool University, told Sky News: "The virus doesn't care that we want to meet our friends. It's going to find new ways to transmit or evade immunity. 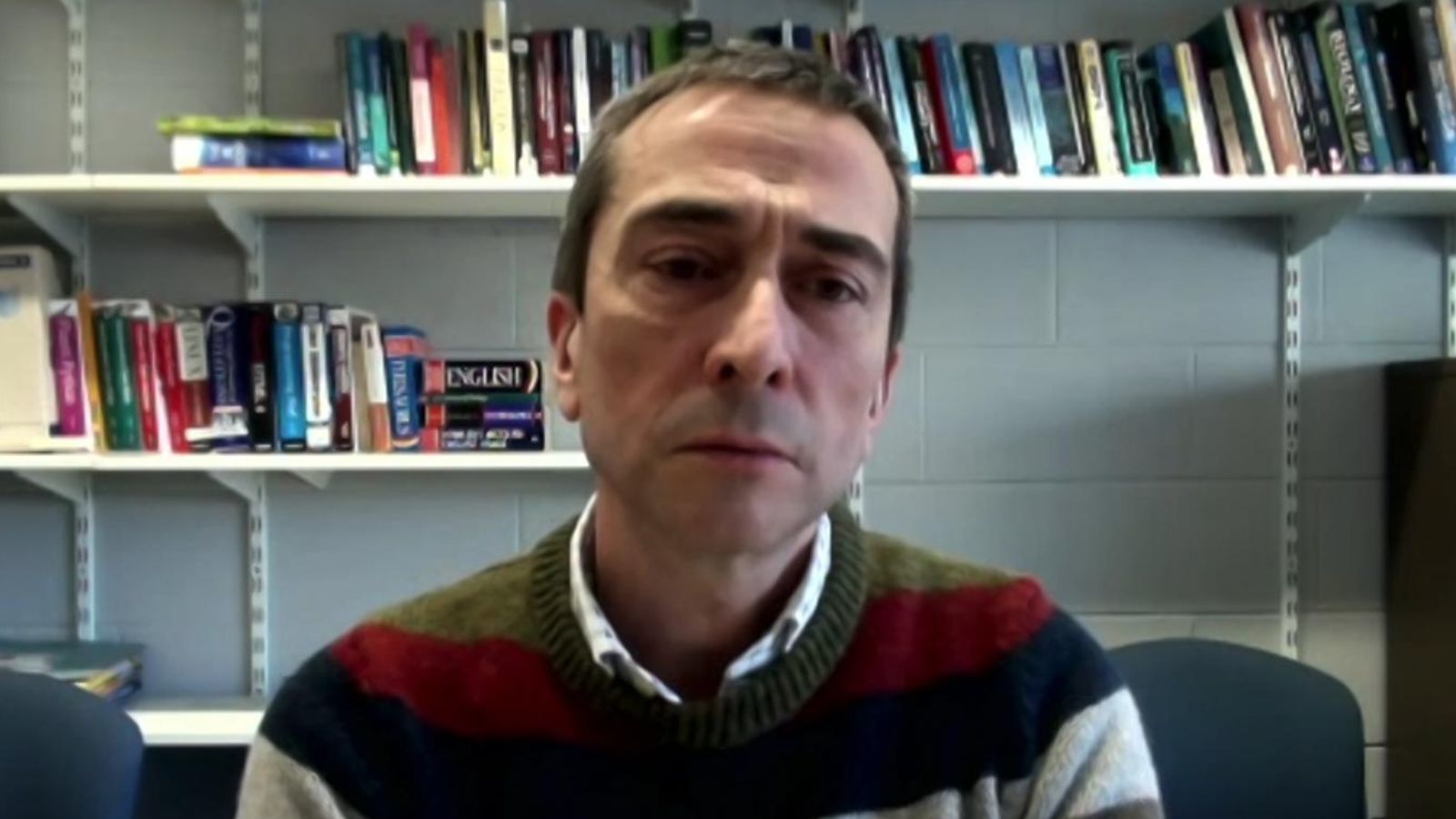 "To give public health and the genome sequencing a chance to work out where the virus is mutating and where new variants are starting to spread, we really need that headroom of getting cases down before we can take our foot off the brake.

"That has to be in the low thousands per day.

"Otherwise, we'll end up with cases rising again, in a place where we don't want to be."

The rolling seven-day average of positive cases is currently around 12,000. 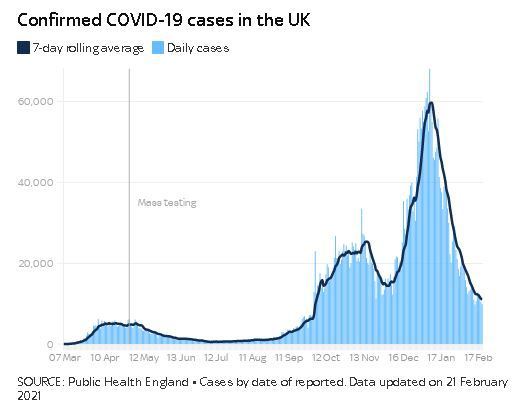 Professor Paterson's lab is part of COG-UK, a consortium of labs tracking the rise of new variants.

He said the Joint Biosecurity Centre is keeping a close eye on the outbreak in Bristol, where the more transmissible Kent variant has evolved again, adding the same mutation that helps the South African version of the virus evade the immune system.

There are more than 20 cases so far and surge testing is being carried out to try to identify anyone with the virus.

"A lot of resource is being put into monitoring to see whether it is increasing in frequency or not, and the data we get over the next week or two will really tell us that," said Prof Paterson. 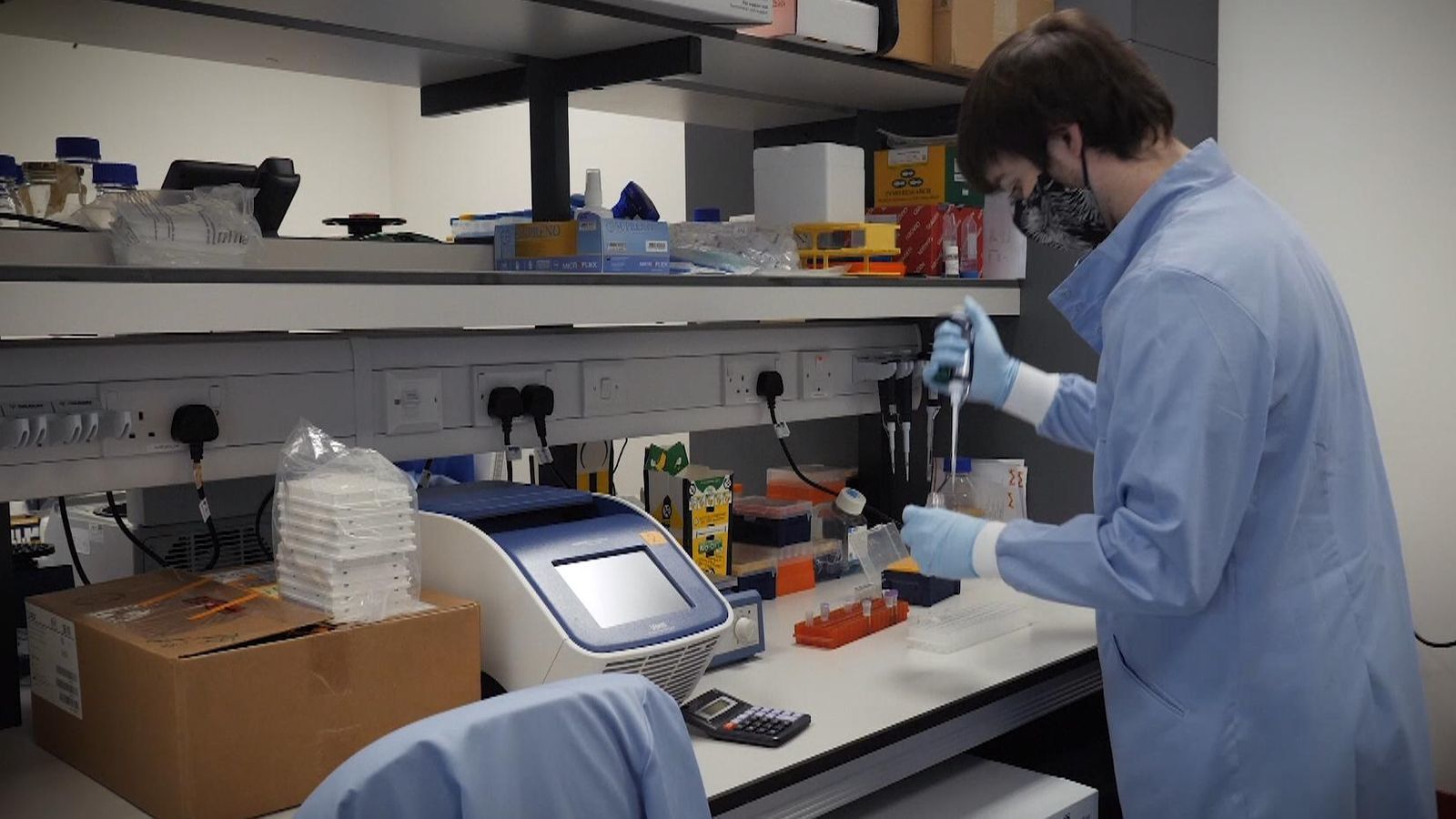 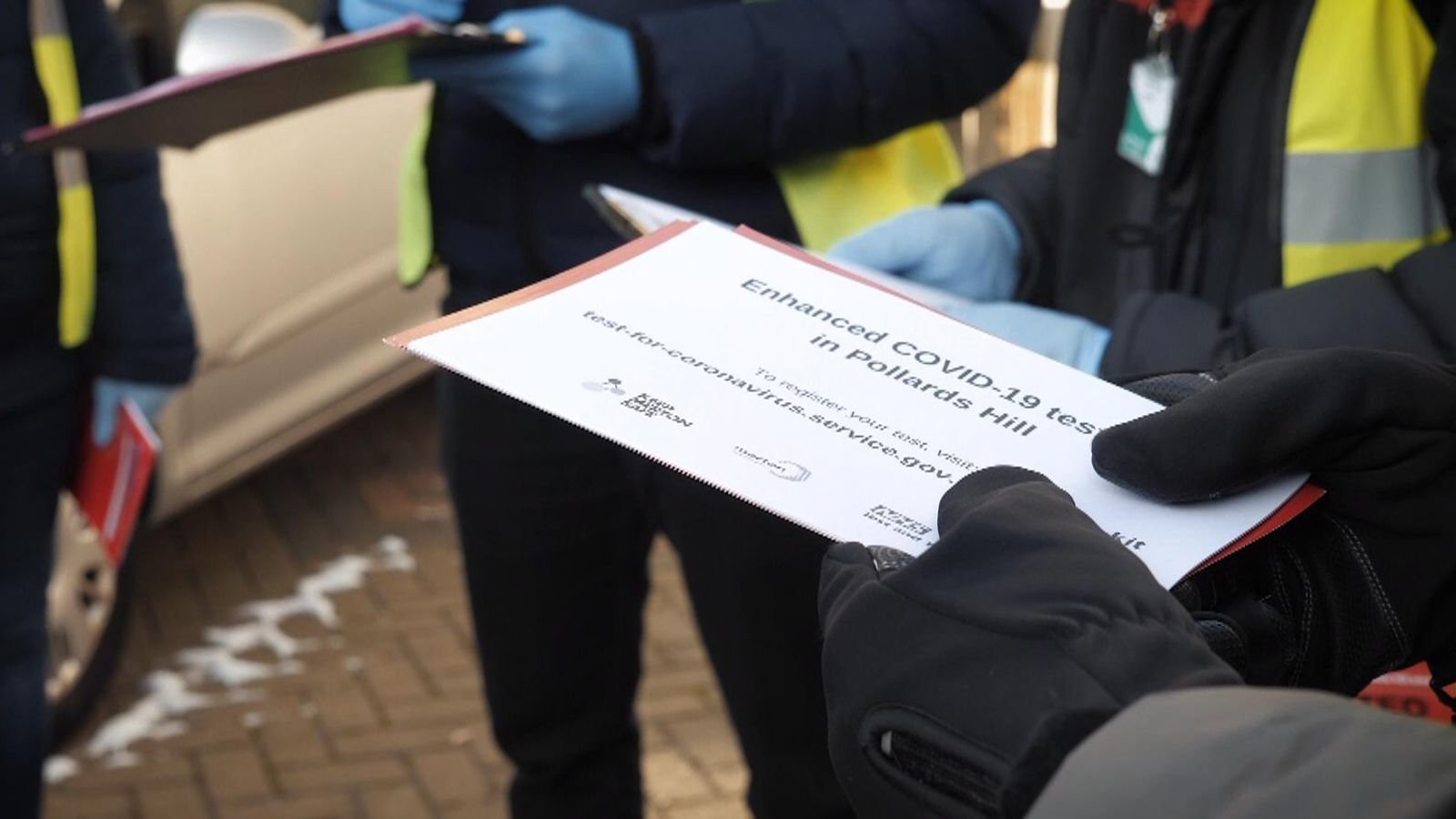 He said increasing immunity from a previous infection or from vaccination is putting the virus under pressure to mutate to survive.

"The virus has always got mutation and evolution as a weapon that it can use to counter what we're doing against it, so we have to continue to monitor its genetics.

"We will have to see whether evolution springs another surprise on us. It often does," said Prof Paterson.

New research, just published in the journal Nature, has shown how quickly the virus can mutate - inside the body of a patient with a chronic COVID infection. 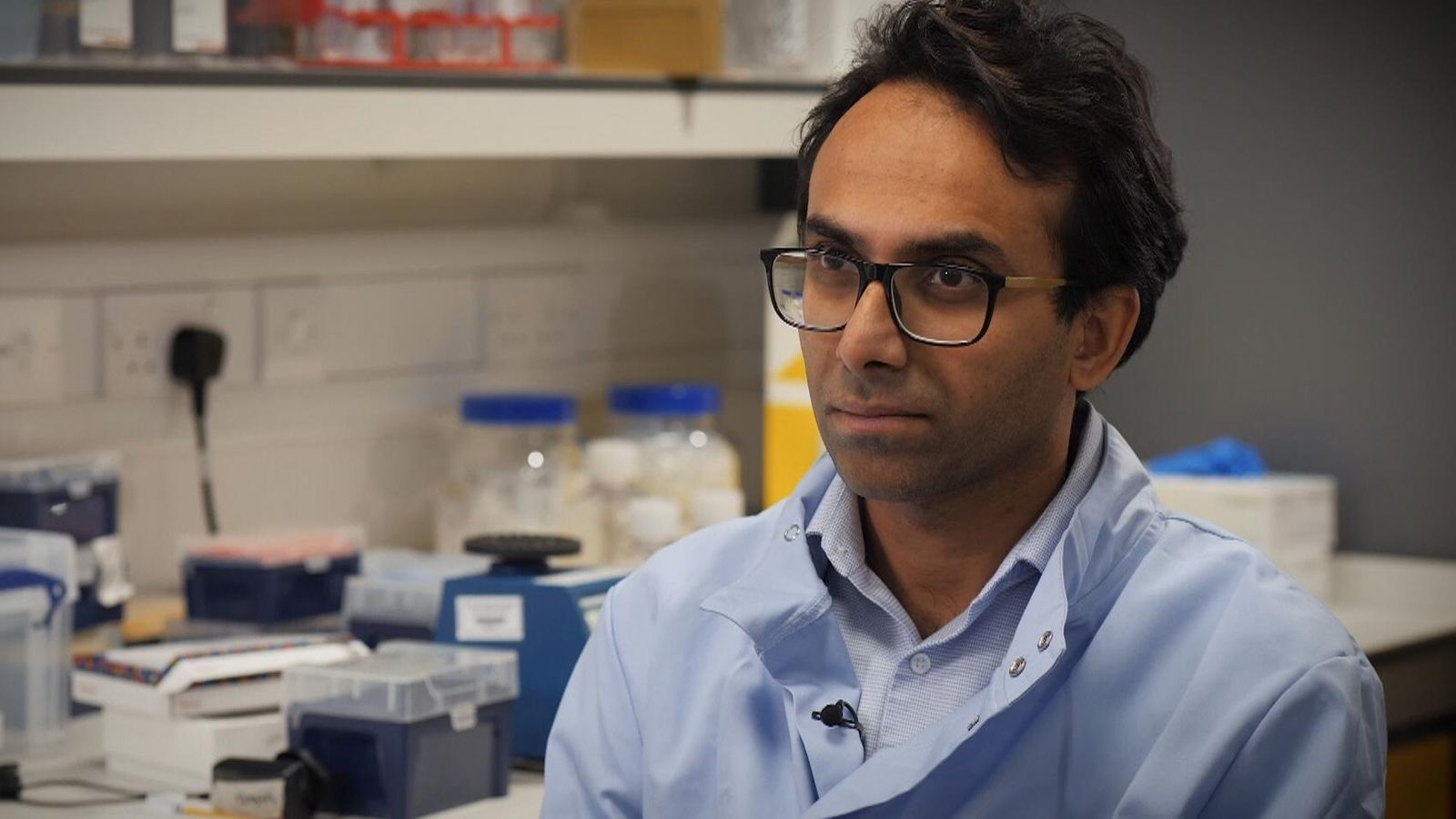 Prof Ravi Gupta said that in a patient given plasma antibodies, the virus mutated in an attempt to avoid the treatment

Professor Ravi Gupta, a clinical microbiologist at Cambridge University, was involved in the treatment of a man with a poorly functioning immune system. Within days of being given plasma antibodies from a patient who had recovered from the disease, the virus mutated in an attempt to avoid the treatment.

"It was remarkable," he said.

"Within a week it had shifted its make-up. Billions and billions of virus particles had shifted."

Prof Gupta said what he witnessed - the first real-time study of the virus's evolution - had given him some insight to how new variants are incubated in some patients.

"In our individual, who became infected in the first wave in 2020, it took four months for that virus to evolve to a considerable extent," he said. 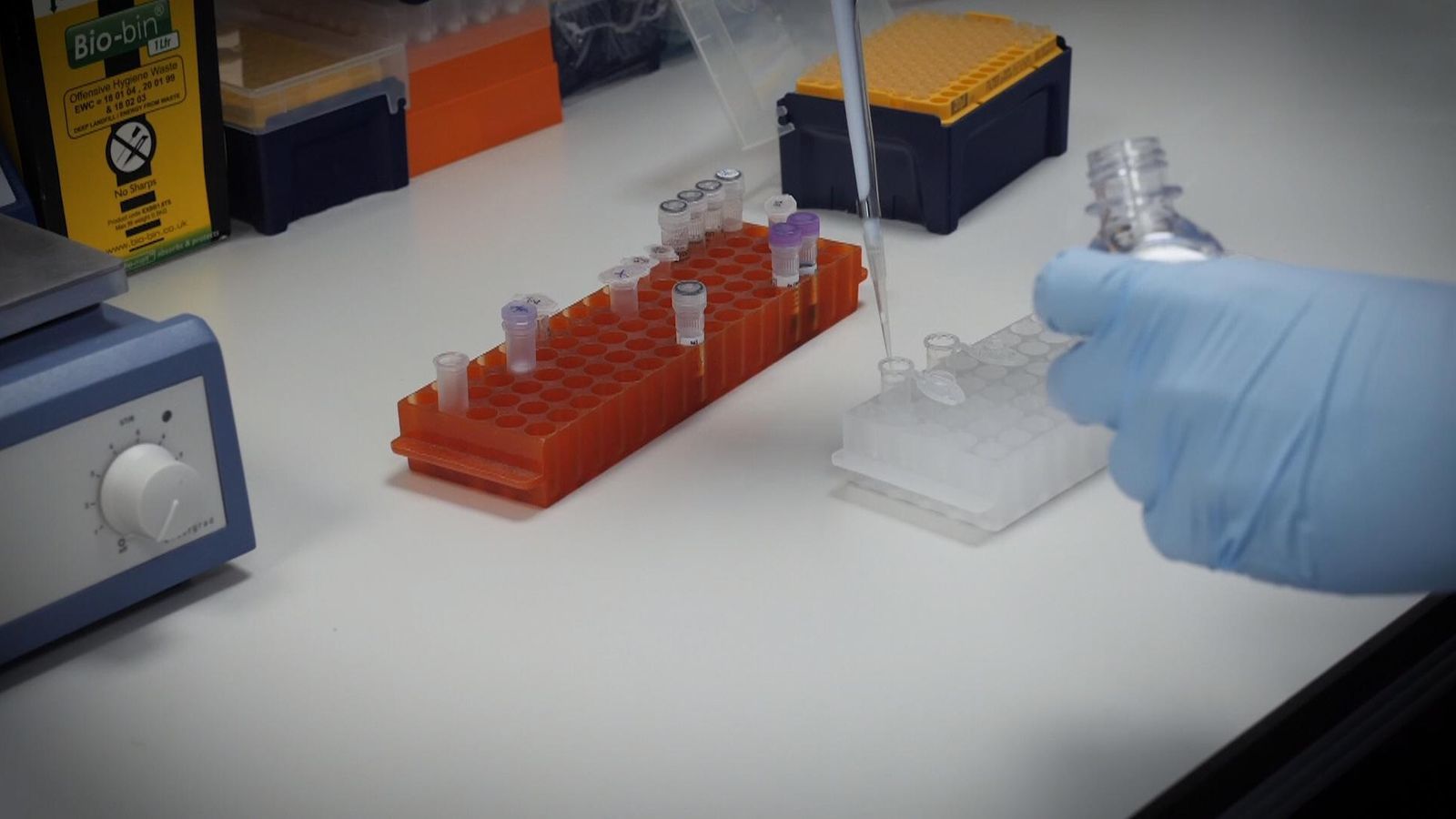 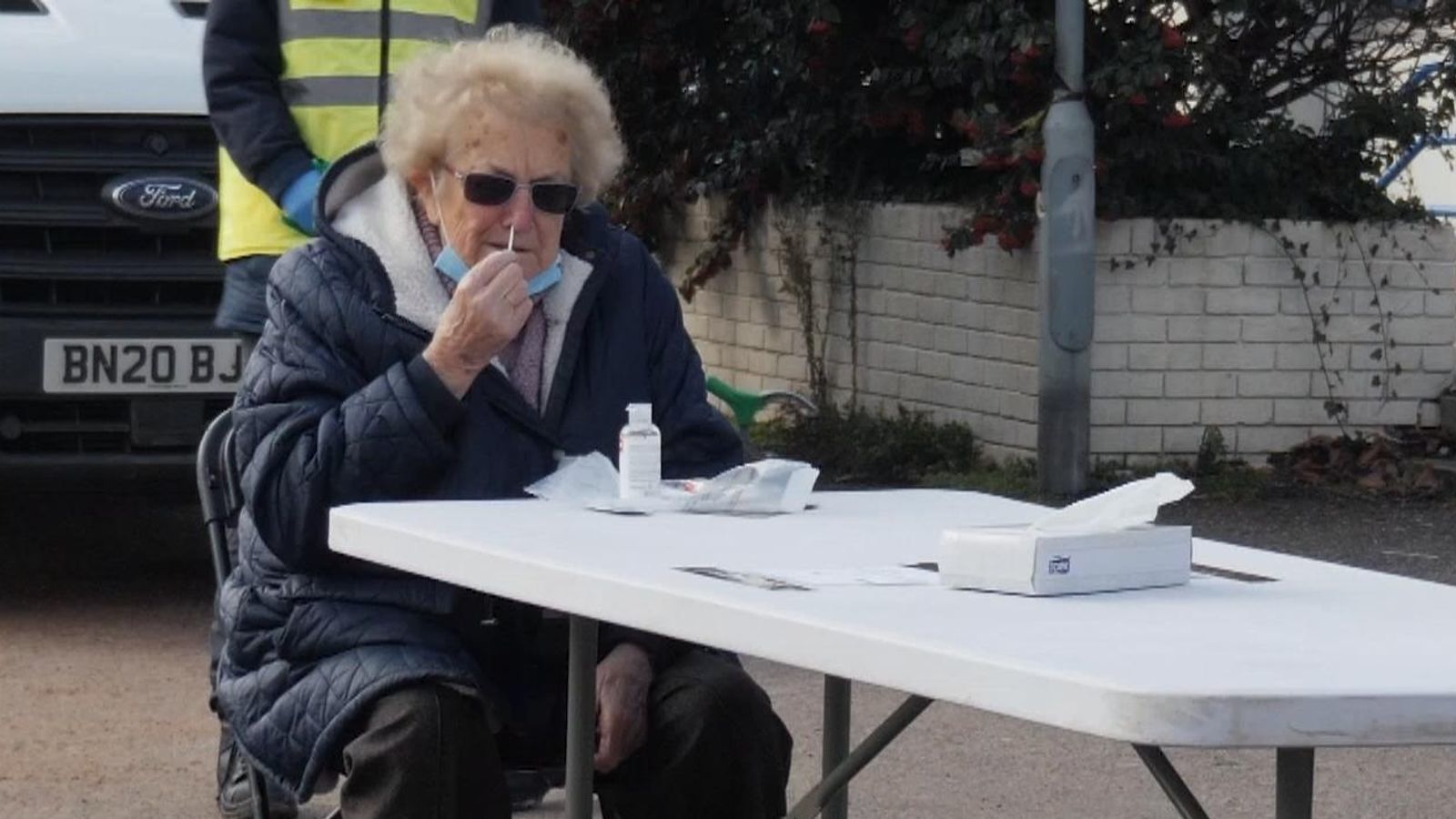 "If you look at the emergence of the UK Kent variant, the first sequences [of the new virus] were in September.

"That fits very nicely with an infection in the first wave, in April, giving the virus a few months to evolve and mutate, and then spill out into the community once it had acquired enough mutations to make it highly transmissible.

"The second wave started around September and that's possibly why we started detecting it in the community."

Prof Gupta said precautions should be taken when treating COVID infections in patients who have impaired immune systems.

"We need to have an eye on what the negative complications [of treatment] could be, do the relevant surveillance and administer their treatments in isolation rooms, not on open wards," he said.

"We shouldn't underestimate the virus. It will find novel ways around antibodies and immunity. It will make other mutations we can't necessarily predict."