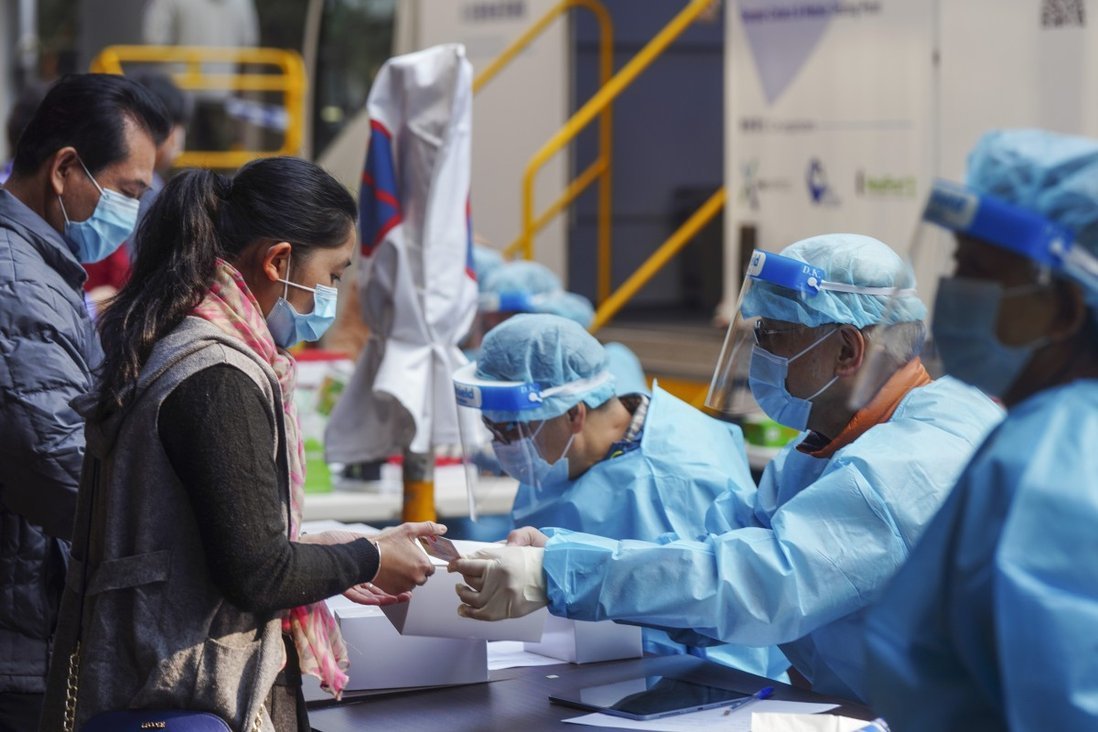 A feared coronavirus rebound could be under way in Hong Kong, as health officials on Sunday confirmed 55 new infections with more than 80 pending confirmation, sparking a warning from an infectious disease expert that a “perfect storm” was brewing in old neighbourhoods.

The resurgence came as a top government adviser called for the city’s Covid-19 vaccination campaign in care homes to begin next month as planned, despite reports of a mounting death toll in Norway among older recipients of the Pfizer-BioNTech jab.

Dr Chuang Shuk-kwan, head of the Centre for Health Protection’s communicable disease branch, said the spike in daily caseloads was a “concern”, but explained it could be down to a strengthened testing drive in virus-hit Yau Tsim Mong district.

“It is possible that due to compulsory testing more residents know about this test and come forward for testing, and hopefully we can investigate them and break the spread,” she said. “But of course the sheer number of cases … is a concern, because any one of them may cause a major outbreak in the community.”

Authorities earlier announced that any infection recorded in a building in the crowded area bordering Nathan Road, Jordan Road, Canton Road, Ferry Street and Kansu Street would trigger mandatory testing for residents and recent visitors of the entire block under an enhanced screening exercise.

Chuang said four more buildings – Vico Mansion on Nanking Street, Sheung On Mansion on Battery Street, a block on 18 Ferry Street, and one on 157-159 Temple Street – had met the lowered threshold for compulsory testing.

She also said the number of infections in the district since late December had reached 99. The city’s confirmed infections stood at 9,557, with 162 related deaths. All but four of the latest confirmed cases were locally transmitted, with 16 of them untraceable.

Infection clusters at two construction sites also grew. Three more cases were linked to the Central Kowloon Route project, taking the cluster to 33, while another four were related to the Tseung Kwan O-Lam Tin Tunnel, bringing the size there to 46.

Some 65 residents and 15 workers at Wan Luen Home for the Elderly on Yen Chow Street in Sham Shui Po were quarantined after one infection there.

Elsewhere, On Tai Building in Hung Hom and Block B of Lido Garden in Sham Tseng were put under mandatory screening orders after unrelated cases were recorded in two flats in each place.

Respiratory medicine specialist Dr Leung Chi-chiu warned that if more than 80 cases were confirmed on Monday, the city could be heading for an “exponential” rise in infections.

He called it a “perfect storm” created by factors such as social gatherings over the new year and transmission in old, crowded neighbourhoods full of subdivided flats and faulty pipes.

“In future, the district-based testing model in Yau Tsim Mong can also be used in other areas to stop the spread more quickly,” he said. 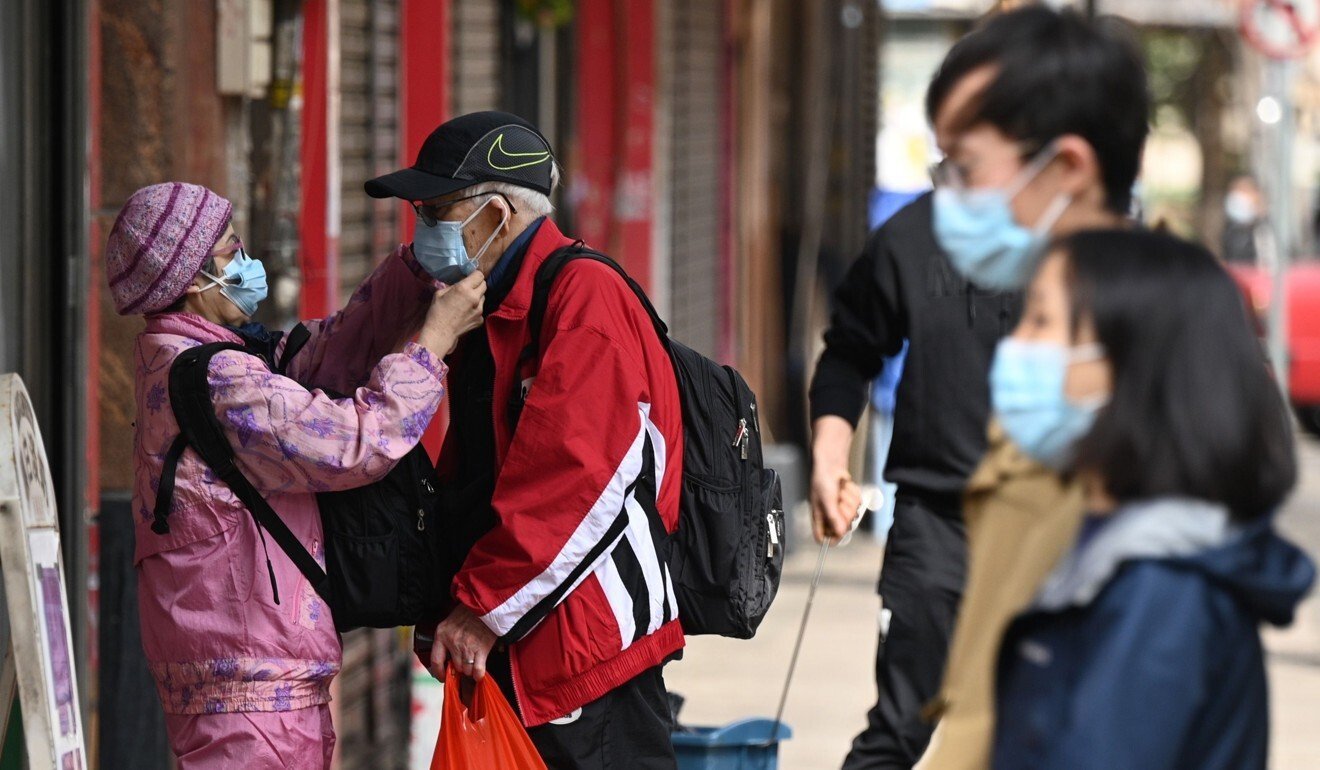 The boss of Hong Kong’s Elderly Commission has called for the city’s vaccine campaign in care homes to go ahead as planned.

Ahead of Monday’s anticipated meeting of the coronavirus vaccine panel on whether to approve the Pfizer-BioNTech jab, Dr Lam Ching-choi said the deadly threat Covid-19 posed to the elderly justified pressing ahead with the first stage of the inoculation programme.

“After balancing the risks of infections and vaccinations, our view is, unless there is more evidence [of vaccination risks], inoculations should still happen using whichever jabs arrive first,” said Lam, who chairs the Elderly Commission and sits on a task force overseeing the distribution of the vaccines.

However, concerns have been raised after the number of deaths in Norway involving Pfizer jab recipients aged over 75 rose to 29.

In autopsies on 13 of the deceased, all were found to have had serious underlying illnesses that were worsened by adverse effects from the vaccinations, such as nausea, vomiting and fever.

Lam believed that most of the deaths involved patients who were already very frail, adding the make-up of old people in Hong Kong care homes was different to the Norway model.

But Lam said some logistical details for the care home campaign were still being worked out, such as where to carry out the dilution process of the Pfizer-BioNTech jabs ahead of use.

Experts had mooted an idea to stagger the vaccine roll-out in different care homes, Lam said, allowing observations to be made in case there were any side effects.

Other details, such as whether taking the jab could exempt a care home resident from moving to quarantine centres if he or she had been identified as a close contact, were still under discussion.

The government, meanwhile, announced that all couriers, including those who deliver takeaway food, could make appointments for a one-off, free Covid-19 test at community testing centres from Tuesday to January 31. They should book via the community testing centre booking system from Sunday onwards. Those who do not make an appointment will need to pay HK$240 for the test.

Those going for the test must present the identity document used at the time of booking and the SMS booking confirmation for verification.