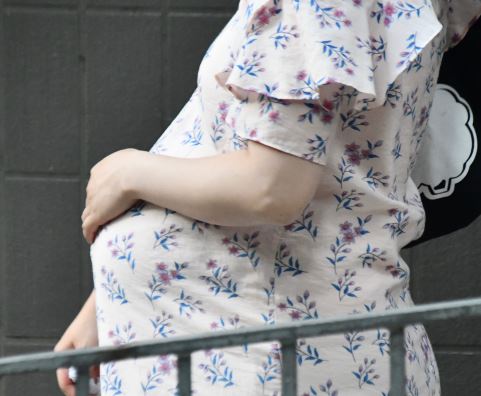 A 26-week pregnant woman who evaded quarantine and subsequently diagnosed with Covid-19 could face prosecution, authorities said.
The woman's family member was confirmed with the infection on January 30. With all close contacts required to go to quarantine, she hid elsewhere for several hours when authorities sent nine others in her sub-divided unit on 159 Reclamation Street, Jordan to isolation camp.

Chuang Shuk-kwan, Centre for Health Protection's head of communicable disease branch said authorities are considering to take legal actions on the pregnant woman and her household member for failing to disclose their full contact history, which carries a maximum penalty of six months imprisonment and a HK$10,000 fine.

She said the woman's infected household contact “deliberately did not tell officers” about living together with her and instead asked her to hide for several hours when officers went to their homes to close contacts – including neighbors in the same petition flat – to quarantine.

On Friday, she attended the accident and emergency department of Kwong Wah Hospital due to a low fever and loss of taste. She was eventually diagnosed with Covid-19 and only then did she admit she was a close contact of a confirmed patient.

But Ho said the woman kept her masks on during pregnancy checks and none of the patients or staffers have been listed as close contacts.

Chuang said the woman's building have been added to the mandatory test list and she was tested negative on January 30, before she developed symptoms.
Since the woman has a high viral load and has stayed in the building after the mandatory test period, authorities will order residents to undergo a second test.

She urged citizens to be honest with their contact history. “It will affect your family and other citizens. If we find any violations, we may take legal actions against violators,” she said.