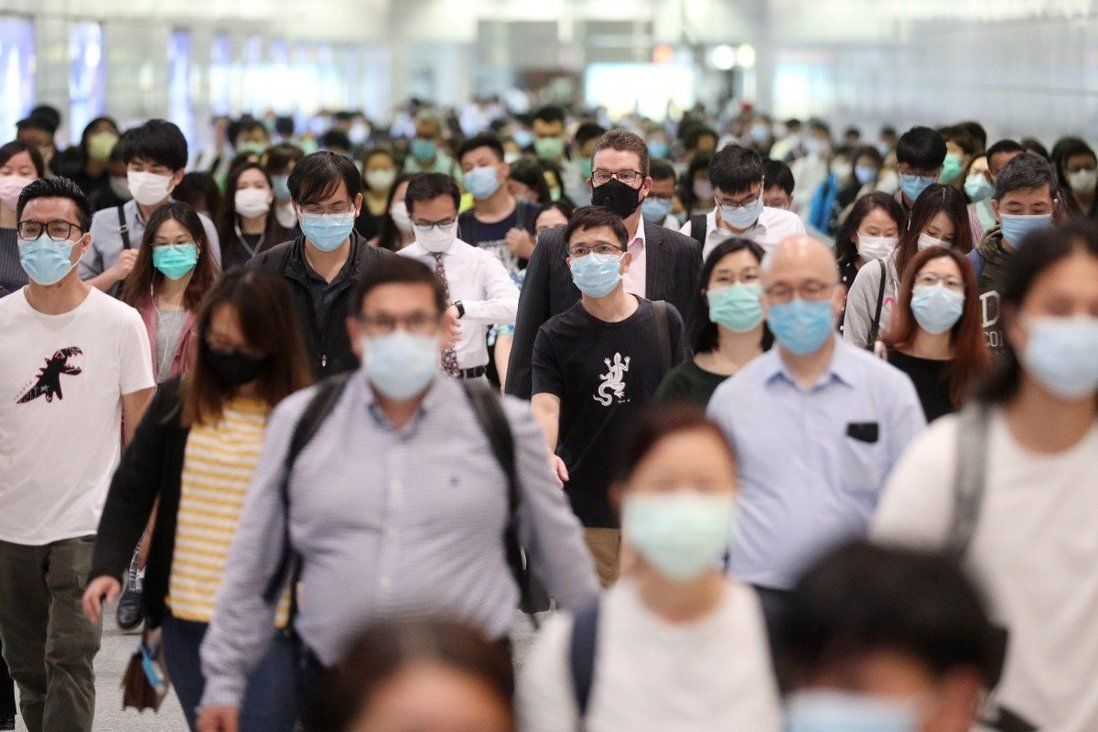 Surveying the flowers scattered all over the sprung floor of his empty 7,000 sq ft dance studio alone, Singaporean Tim Russ Fernandez picks up some chrysanthemums to make a floral arrangement. 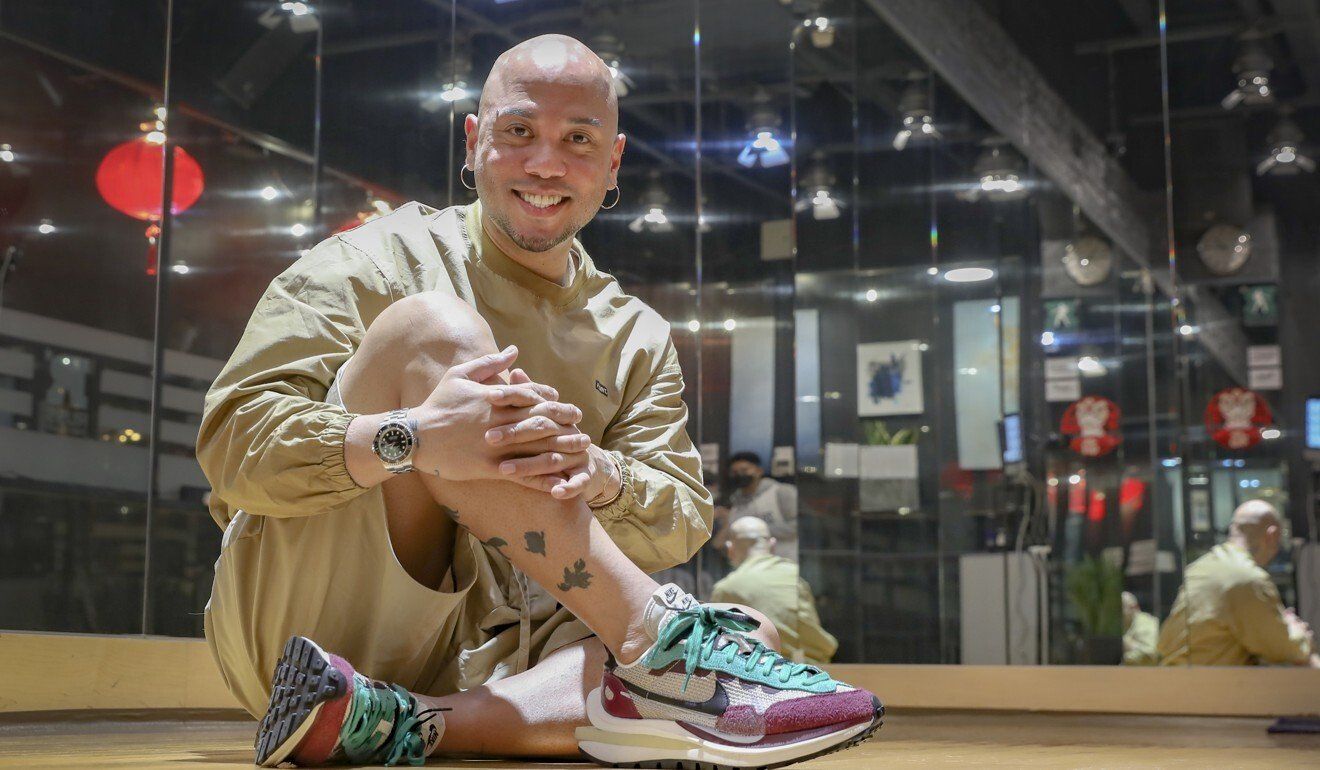 Tim Russ Fernandez, director and founder of Russ Dance Factory in his Studio at Causeway Bay.

He arrived in Hong Kong alone in 2004 to pursue his dancing career. After working as a dancer at Hong Kong Disneyland and as a dance instructor, he and his two partners set up their own dance studio in 2014, offering fitness dance workouts and choreography classes.

Business was good until the social unrest that began in June 2019, and the pandemic made matters worse. The number of active clients fell from about 800 to around 200 and, like other fitness centres, his studio had to close three times as part of Covid-19 control measures.

Despite being one of the first fitness centres to launch Zoom classes in Hong Kong last March, Fernandez says the studio lost so much money it was a struggle to pay the rent and more than 20 employees.

The pandemic forced many in Hong Kong to set their sights lower and accept any job that came along or strike out into unfamiliar territory.

Online job portal JobsDB says the number of postings for Hong Kong jobs dropped by 36.4 per cent last year from the year before. Applicants were most keen on jobs in administration and human resources, sales, customer service and business development, marketing and public relations, banking and finance, and information technology.

Food delivery service Deliveroo saw its crew of delivery men in the city double to 8,000 from before the pandemic. It says it received more applications during the pandemic, with as many as 3,000 applicants a week last April. 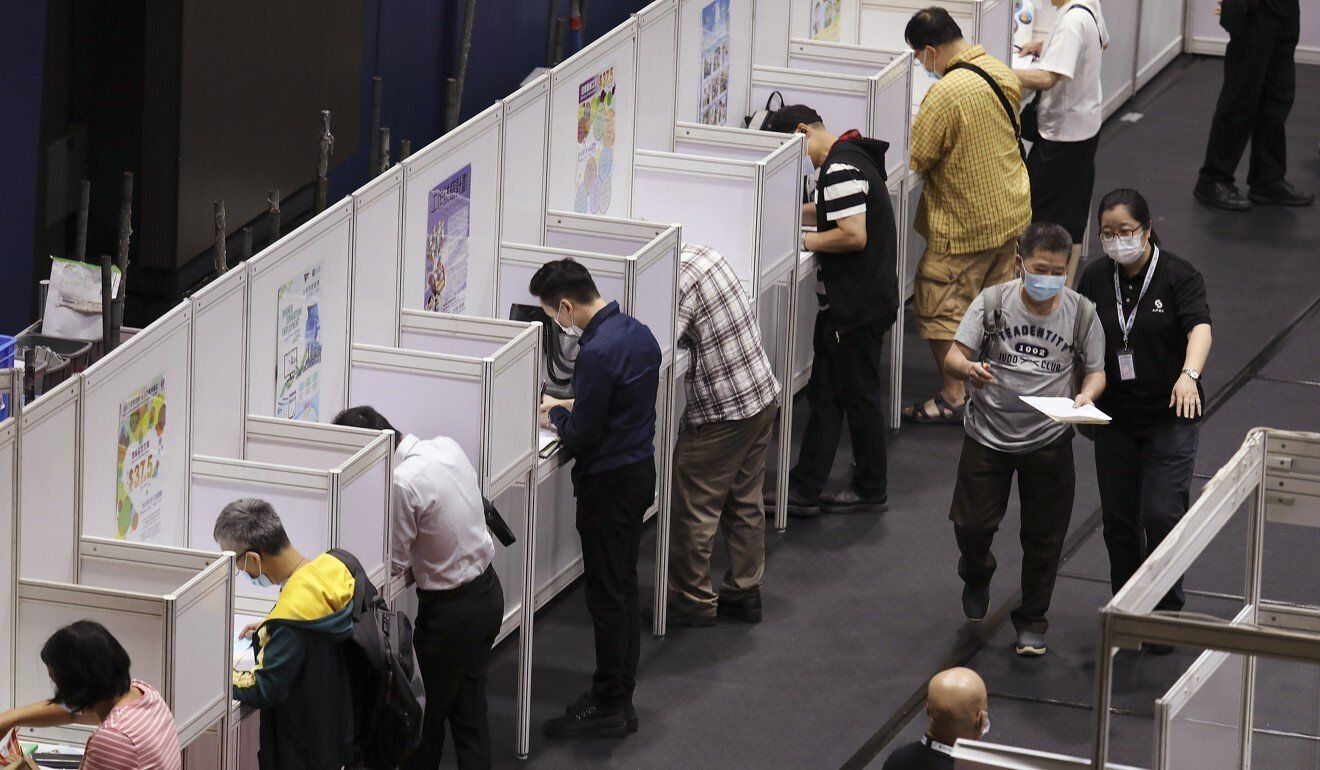 Job seekers fill out application forms at a job fair at Southorn Stadium in Wan Chai.

For Fernandez, it was making use of his design skills and his passion for interior decor to start anew.

By chance, a friend asked him to design the Christmas decorations for Pacific Place. Fernandez, who studied fashion design and used to make decorations at home and in his studio, spent three months on the project while his studio remained closed.

Motivated by the experience, he came up with about 10 floral arrangements for Lunar New Year, mixing Chinese and Western styles, including the use of the phoenix coronet, a traditional Chinese headgear for women, and Chinese folding fans. He has sold more than 100 of these arrangements, at a price of between HK$400 and HK$1,600 each.

He also ran a floral arrangement workshop in his studio last month.

He says although the flower business is yet to take off, the new experience is enriching and helped divert his attention from the studio’s gloomy business and boosted the morale of his staff.

“I can’t stand doing nothing. I want to seize the opportunity to jump out of my comfort zone and do something new and creative,” he says.

‘A way out right around the corner’

Among those who have seized the opportunities of the pandemic to grow and try out something new, as well as to help others, is Hongkonger Gingko Chan Siu-yan.

Chan, 38, has been an influencer, or key opinion leader (KOL), promoting skincare, beauty and food products and services over social media since 2007.

She streams for six to eight hours a day, compared to only two hours a day previously, with sales surging six times to more than HK$100,000 monthly. 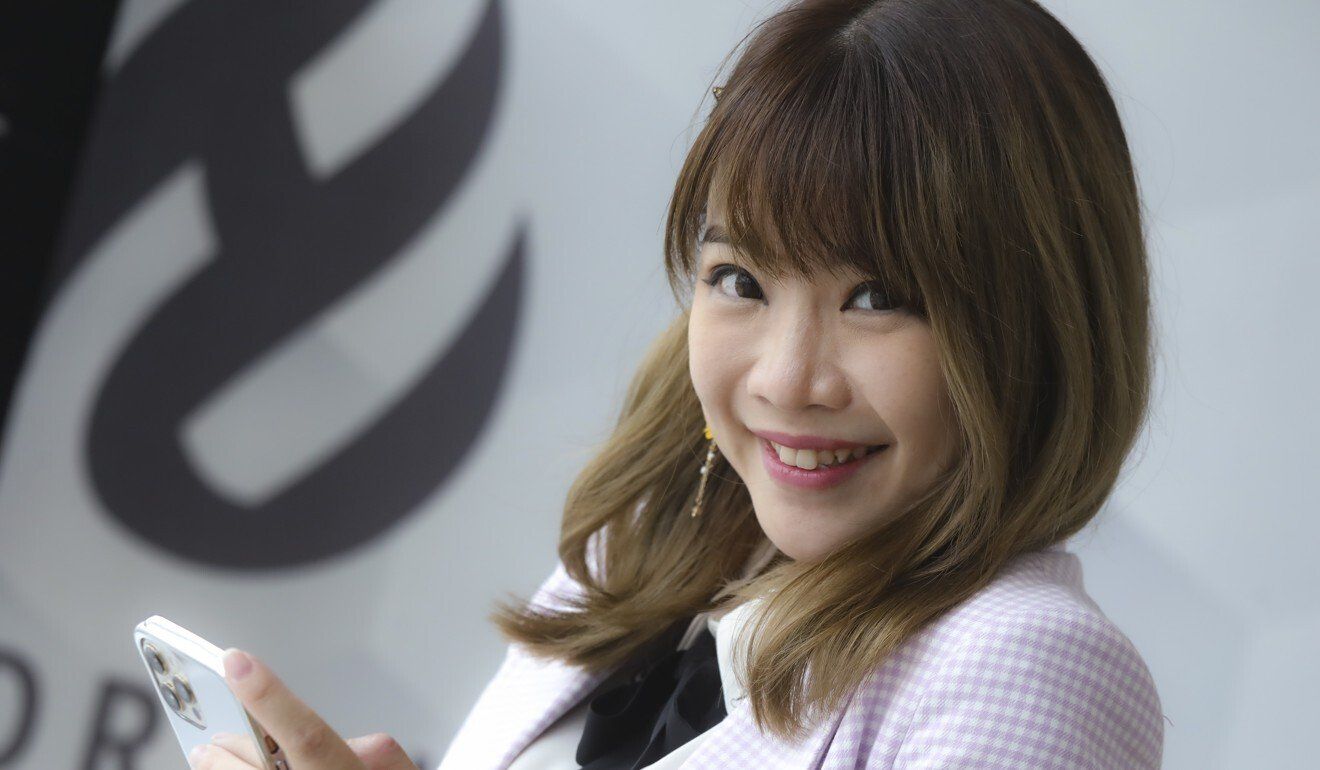 Encouraged by the booming influencer marketing industry and the surging demand for talents, Chan set her eyes on training, and began providing classes for those who wanted to become influencers too, showing them how to improve their online marketing to grow business.

She says her classes, with a total of 50 study hours, have attracted many who wanted to start anew after losing jobs or income during the pandemic, including flight attendants and salespeople. She has helped more than 100 join the industry.

Chan, who now manages a team of about 200 influencers, says: “There is always a way out right around the corner if you make the effort and try something new.”

‘My efforts will pay off’

To help the unemployed and underemployed, the Employees Retraining Board (ERB) launched two rounds of the Love Upgrading Special Scheme in October 2019 and July last year.

By the end of last year, nearly 30,000 people attended its courses, including those who trained to become security guards, carers and baristas. The board started a third round in January, offering training places for 20,000 people.

Peace Wong Wo-ping, chief officer of social security and employment at the Hong Kong Council of Social Service, says aside from the courses targeting grass-roots workers and jobs, there is also a need for courses to help highly educated people improve their chances of finding work.

Calling for more career counselling services as well, he says: “People face many hurdles when they change jobs or careers.” 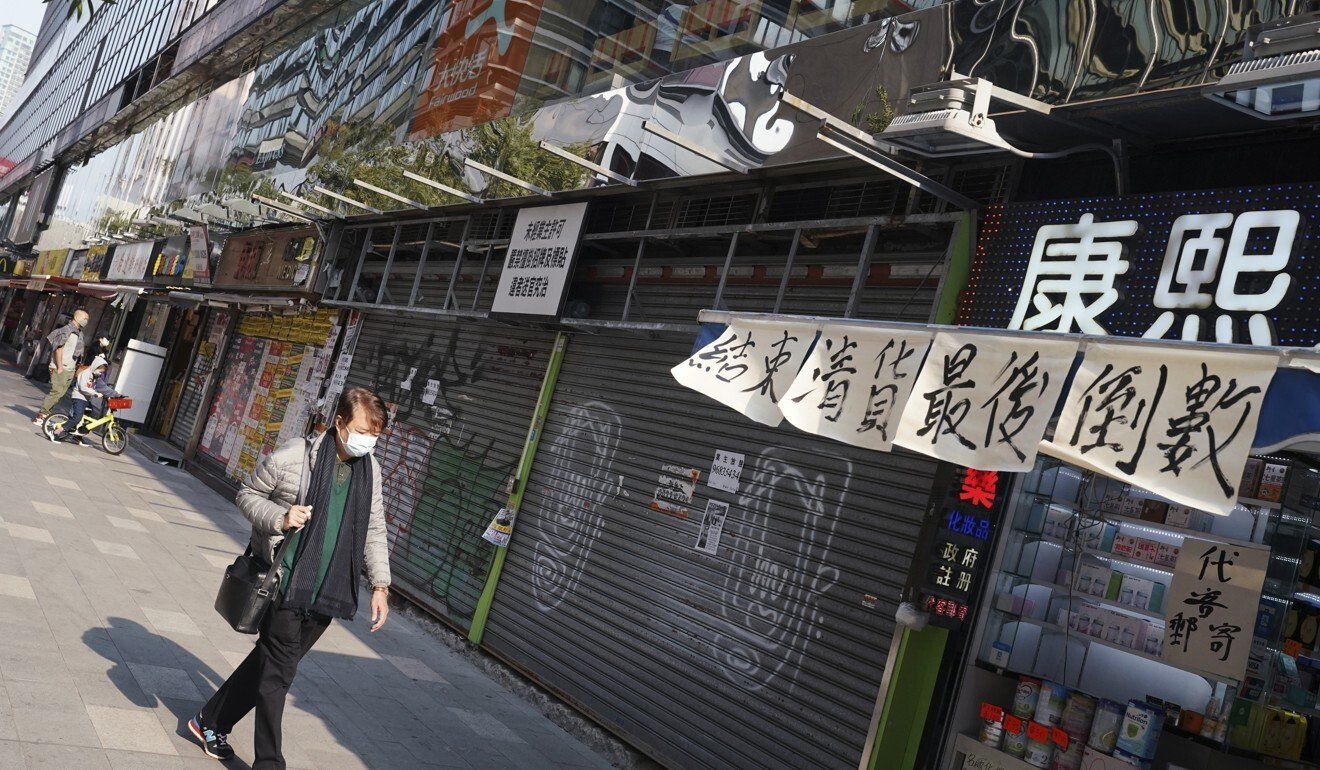 A number of retail shops in Tsim Sha Tsui East have closed down amid the Covid-19 pandemic.

Dancer-turned-florist Fernandez has reopened his dance studio since last month, as the city’s improving Covid-19 situation has prompted the government to ease its control measures.

Most of his clients are yet to return, he says, while his studio more than halved the number of people in each class to observe social-distancing rules.

But undaunted this time, he says he will continue making floral arrangements, while exploring new frontiers such as interior designing and home staging.

“I was brought up to seize every opportunity to make my own path, and this is what has motivated me in this difficult time,” he says. “I believe my efforts will pay off.”