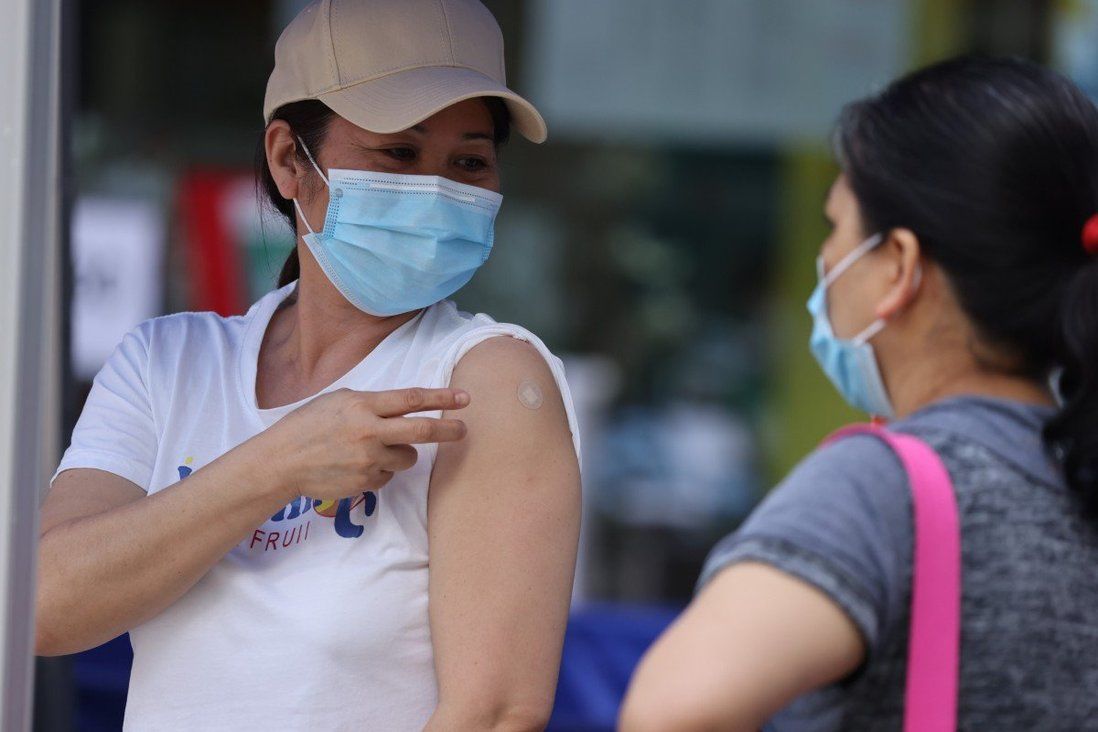 The certificate would contain vaccination records and follow the standards set by the World Health Organization.

The Philippines has proposed using a Covid-19 vaccination certificate recognised by the World Health Organization for the Hong Kong government to allow foreign domestic helpers to work in the city, according to an employment agencies group.

The local government announced on Monday that domestic helpers from Indonesia and the Philippines, previously barred from entering the city because both countries were listed in the highest-risk category, would be able to return if they had been vaccinated in Hong Kong. But all of them must be quarantined for 21 days upon entry in one or two specified hotels. 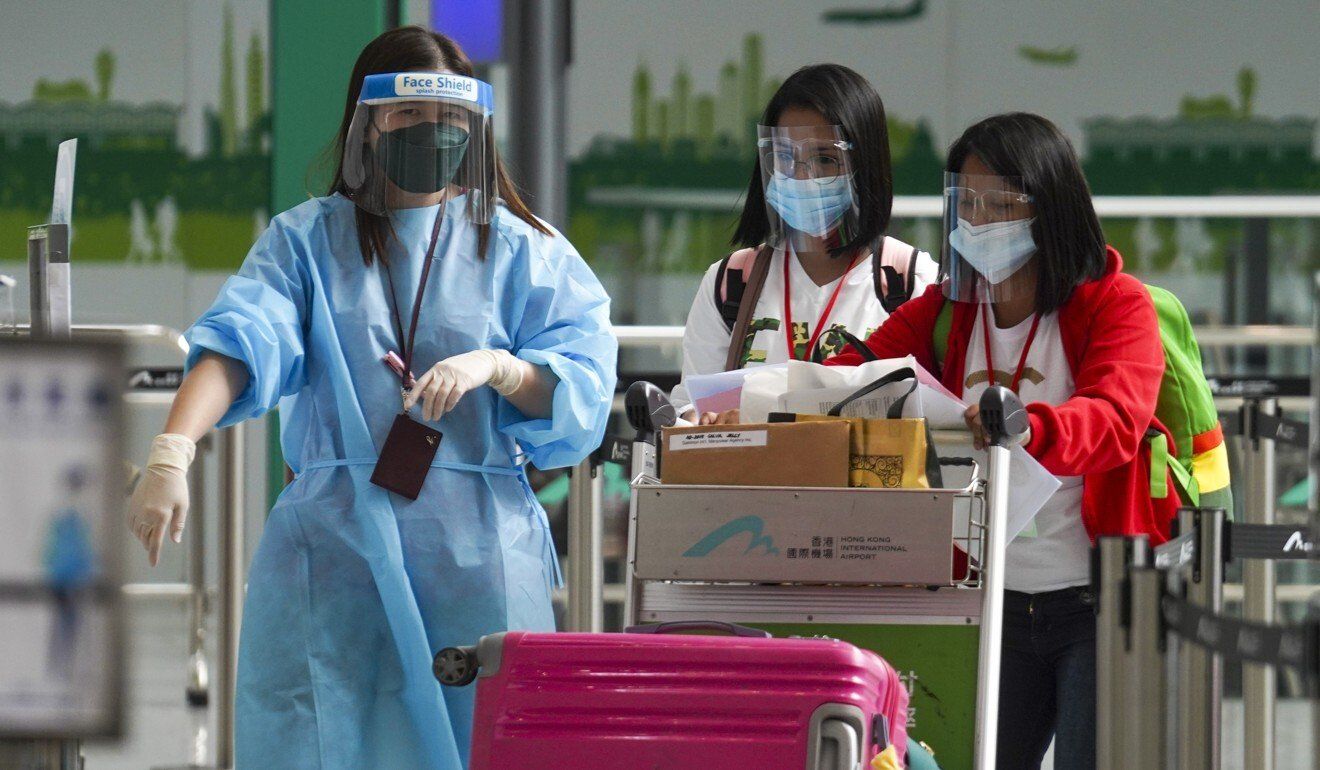 Passengers arrive at the Hong Kong International Airport in April before being transported to designated quarantine hotels.

Hong Kong officials and the two consulates were also in talks about a system to recognise inoculation records of helpers vaccinated in these countries.

Chan estimated that flight bans on Indonesia and the Philippines – where most Hong Kong’s 370,000 domestic helpers come from – had created a supply shortage, with between 6,000 and 6,500 new hires or those with contracts in the city left stranded in their hometowns.

The Philippine government was examining the possibility of using an internationally recognised vaccination card for domestic helpers to come to the city, Chan said, but added that he understood Hong Kong officials had yet to accept the idea.

“The Philippine government agreed to issue what they call a yellow card,” he said. “According to them, the card will follow the standards of the World Health Organization … if this card is really recognised by the Hong Kong government, then recognition [of the vaccines] is no longer an issue.”

Chan had also suggested allowing vaccinated Filipino workers to conduct antibody tests in their home country under government-accredited testing institutions before leaving for Hong Kong. The test results could be included in the yellow cards.

Chan said he hoped the government would accept vaccination records issued by Indonesian authorities, although it was understood that their records were not WHO-certified.

According to Chan, the supply shortage has resulted in an increase in the average market salary for domestic helpers in Hong Kong, from the minimum wage of HK$4,630 (US$595) a month to between HK$6000 and HK$6500. Some local employers were willing to offer salaries as high as HK$8,000 a month.

In a reply to the Post, the Labour Department said the government would continue discussions with the Philippines and Indonesia on the authenticity of their vaccination records, so that workers who were inoculated in their home countries could fly over to start or resume their employment.

Although domestic helpers in the city were able to return to their home countries if they were vaccinated in Hong Kong, Johannie Tong Hiu-yan from the Mission for Migrant Workers said these arrangements still had to be determined with employers who were paying for their tickets or quarantine stays.

“For workers, it is good for them to visit their families, but given the quarantine arrangement and costs for employers, that might increase conflict [between both parties],” said Tong, adding that workers might be worried about losing their jobs if they could not return on time.