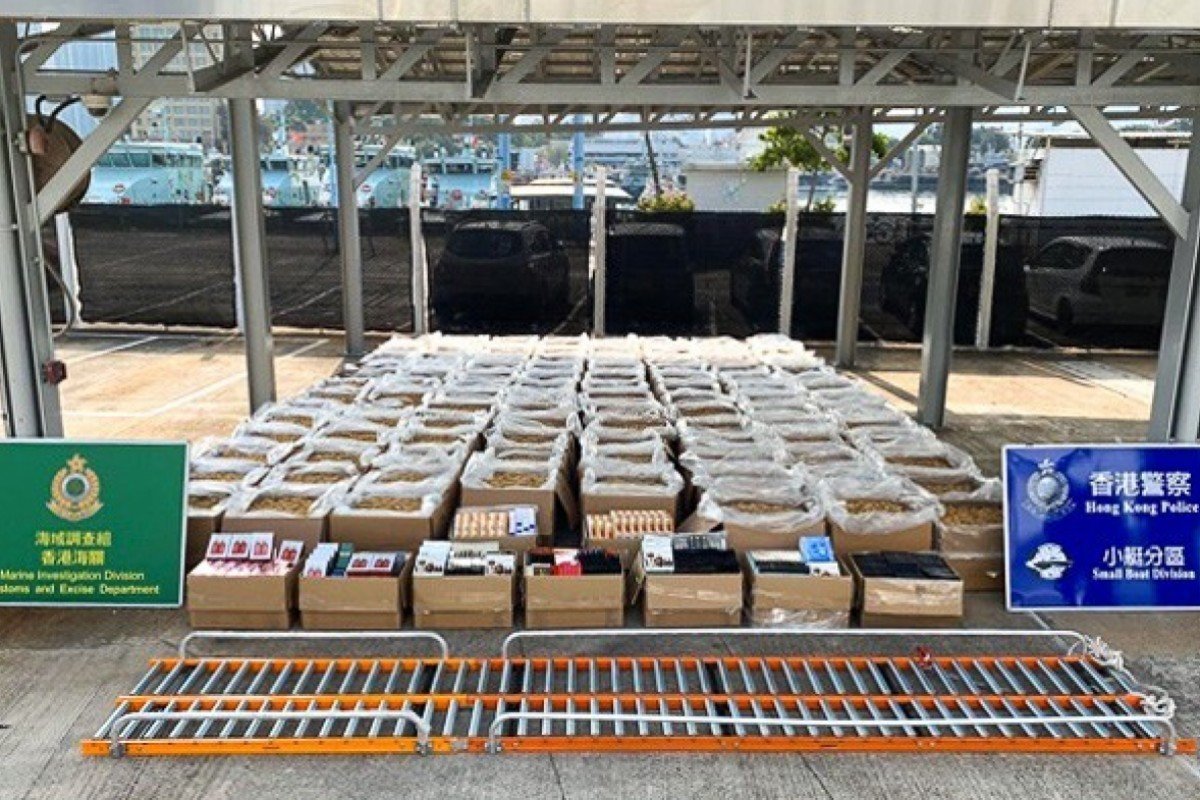 Coronavirus-related travel restrictions have forced smugglers to use cargo shipments over human couriers, resulting in Hong Kong logging a 12 per cent rise in the amount of seized endangered species this year, valued at HK$149 million (US$19 million).

On the other hand, the number of endangered wildlife smuggling cases detected at passenger channels of local control points dropped dramatically this year amid the Covid-19 pandemic.

Up to November 11 this year, reports of smuggling involving passenger channels decreased to 29 per cent of cases, or 72, from 66 per cent or 433 cases in the whole of 2019. 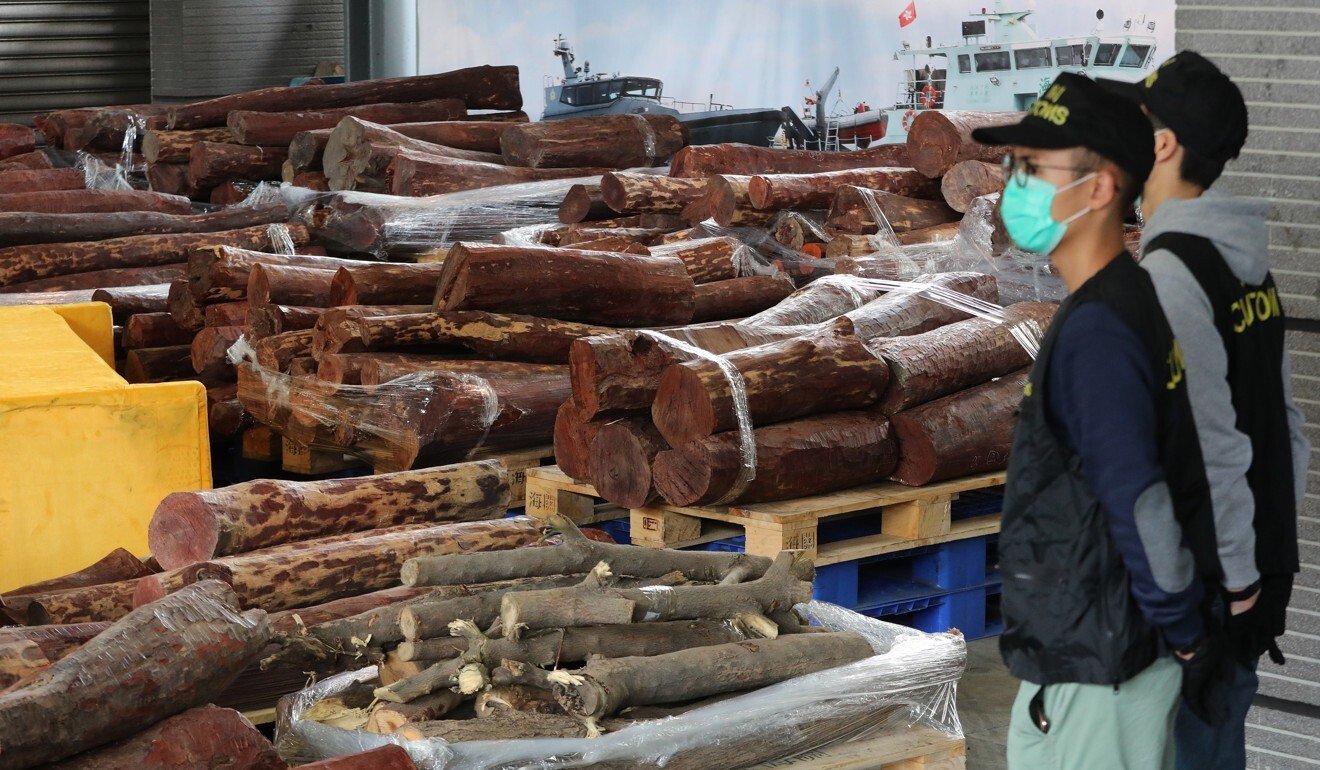 Totoaba fish maws – a gas-filled organ that helps control the fish’s buoyancy – came in second this year. Customs officers seized 307kg of totoaba bladders, valued at HK$49 million, this year. The haul is more than eight times the amount seized over the past 18 years.

Authorities are still investigating the main reasons behind the sharp rise in the seizure of American ginseng and totoaba bladders.

One source said it was possible some people liked to collect highly endangered species and this created a market for smuggling totoaba. He added that dried totoaba bladders, like other expensive dried fish maw, could be kept for a long time.

Customs officials believed the totoaba had been caught in the Gulf of California off Mexico before being airmailed into Hong Kong. Globally, it is considered to be among the most endangered species on the planet.

Protected wood grabbed third place in terms of high-value seizures as law enforcers confiscated 196 tonnes of rare wood, such as red sandalwood, valued at HK$15.8 million this year. In 2019, the volume seized was 335 tonnes but the total value was the same as this year.

Last year, the most high-value seizures were pangolin scales – 8.9 tonnes worth HK$43.8 million – 211kg of rhino horns valued at HK$42.2 million and two tonnes of ivory products worth HK$20.7 million.

The seizures of all three products dropped sharply this year. Up to November 11, one tonne of pangolin scales valued at HK$6.1 million, 3kg of rhino horns worth HK$610,000, and HK$500 worth of ivory items were seized.

The source said he believed smugglers reduced the volume of illegal trade in these three kinds of endangered wildlife products after suffering huge losses last year.

“Illegal traders usually smuggle different types of contraband to meet the demand and those with high profit and they also change their tactics to avoid detection,” he said.

He said he believed most of the endangered species seized in the city were destined for other neighbouring areas. 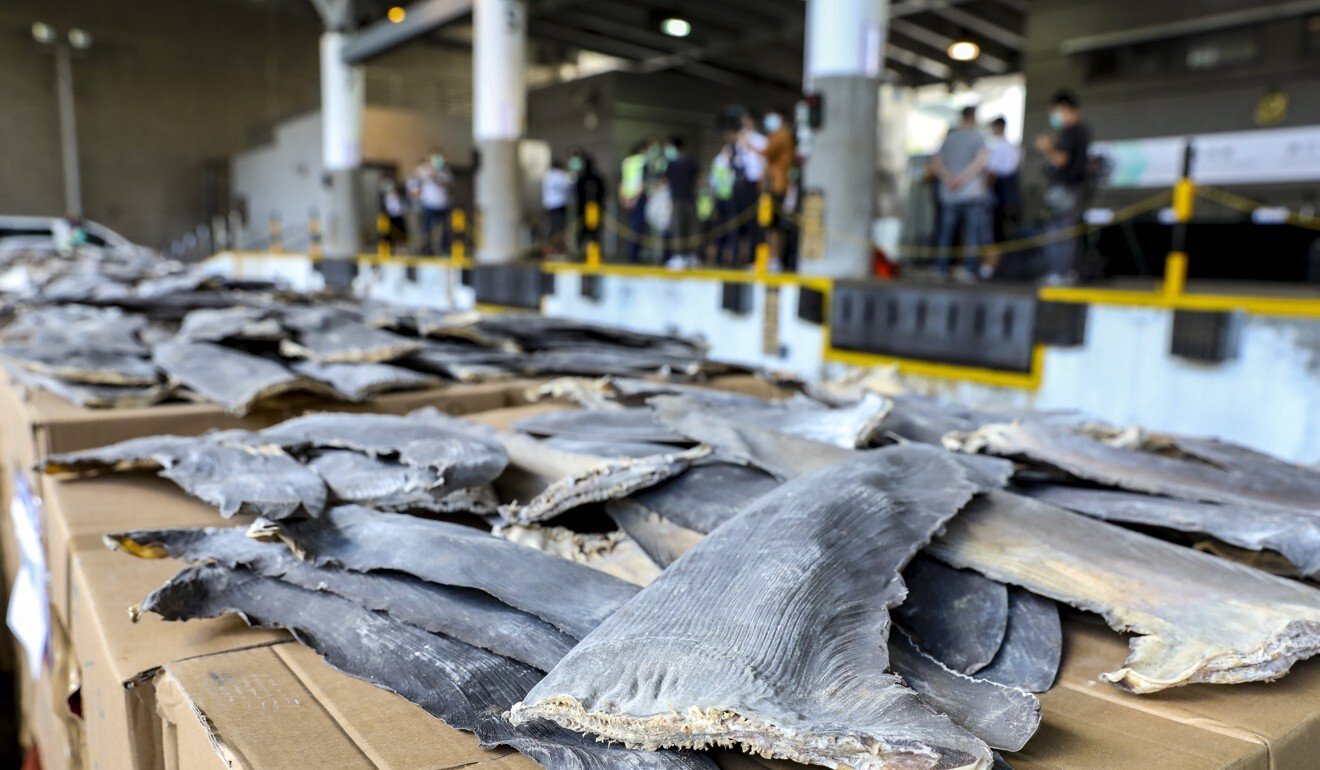 Law enforcers also noticed a surge in the seizure of dried shark fin this year, finding 31 tonnes with an estimated value of HK$11 million.

Officers from customs’ syndicate crimes investigation bureau have been tasked to identify rackets behind such wildlife smuggling activities.

Under the Protection of Endangered Species of Animals and Plants Ordinance, import or export of an endangered species without a licence carries a maximum penalty of 10 years in jail and a HK$10 million fine.

A spokesman for the customs department said: “Based on an effective risk-assessment strategy, officers vigorously conduct checks on passengers, cargoes, postal packets and conveyances at various control points and sea boundaries for combating the smuggling of contraband and the endangered species.”

The department said it would continue to strengthen its enforcement and step up cooperation as well as intelligence exchange with the Agriculture, Fisheries and Conservation Department and other law enforcement agencies to fight against smuggling attempts.