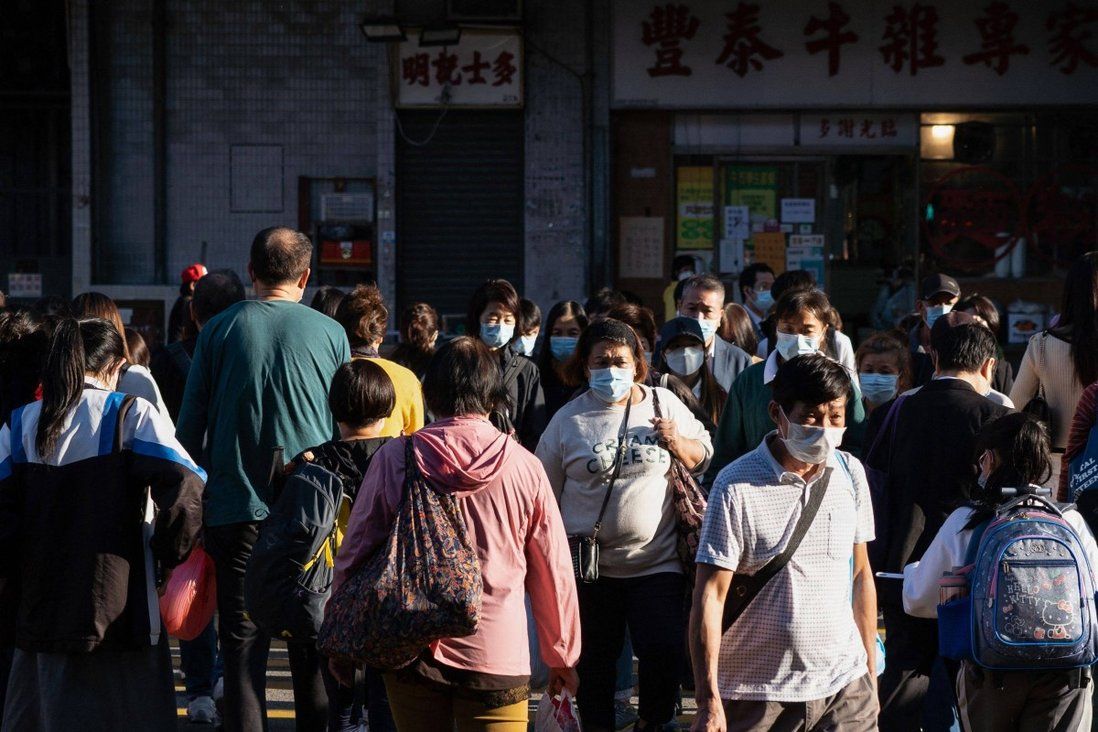 Registrations for a digital payments system developed by the Hong Kong Monetary Authority have crossed the 10 million milestone, suggesting that Covid-19 has hastened the city’s shift to digital banking services.

Registrations for a digital payments system developed by the Hong Kong Monetary Authority (HKMA) have crossed the 10 million milestone for the first time since its launch in September 2018, suggesting that the coronavirus pandemic has hastened the city’s shift to digital banking services.

Faster Payment System (FPS), which was developed by the HKMA, the city’s de facto central bank, for people to transfer money online between different banks, reached 10.1 million registrations last month. The system allows users to have more than one account.

“In a short period of some three years since its launch, the number of total registrations has exceeded 10 million, setting a new milestone in its development,” Eddie Yue Wai-man, the HKMA’s CEO, said on Tuesday. “The usage of FPS will further expand going forward, bringing the development of retail payments in Hong Kong to new heights.”

HKMA has been promoting smart and digital banking services since 2017, to save costs for both customers and banks and to improve banking services. Covid-19, which forced people to work from home and many bank branches to close, has inadvertently given its digital push a big boost – FPS gained about 6 million new registrations over a period of two years that coincided with Hong Kong’s worst outbreaks of the coronavirus. 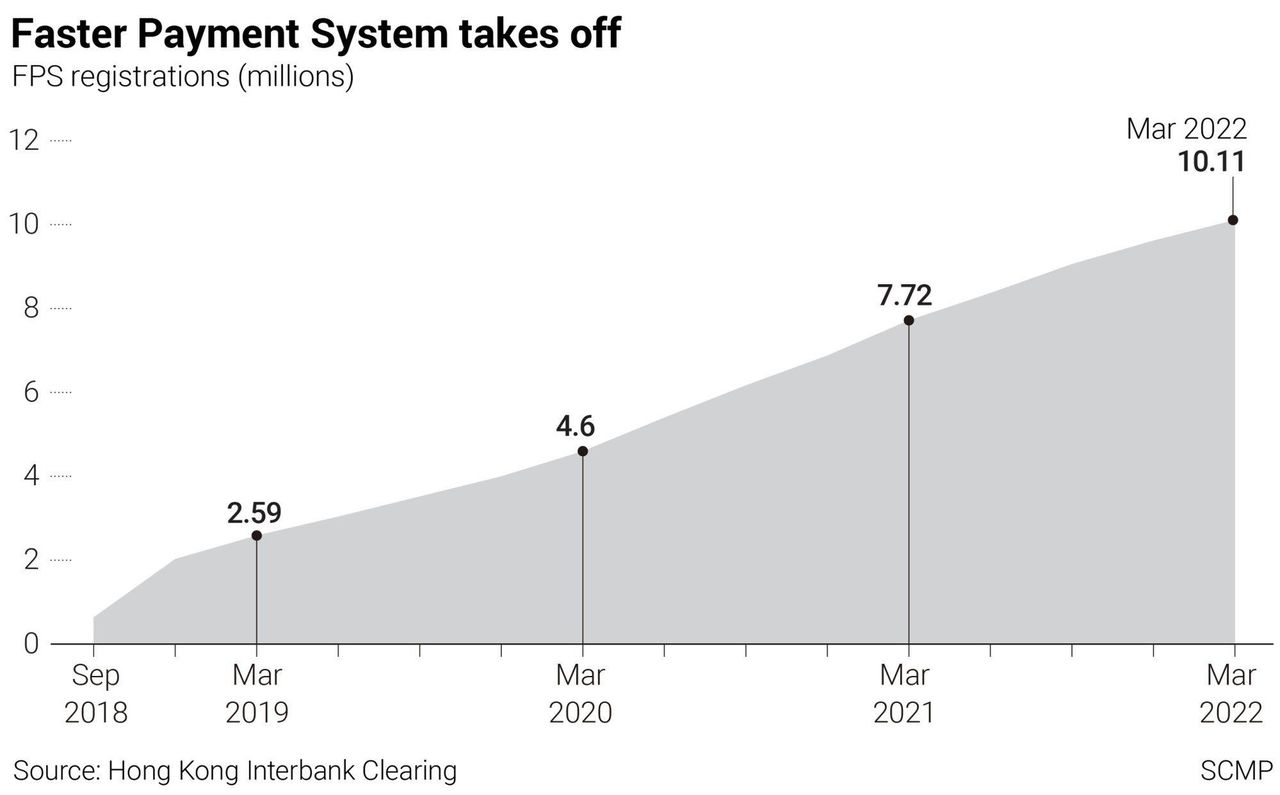 The daily average number of FPS transactions in March, when Hong Kong was gripped by the fifth wave and more than 600 out of a total of 1,100 bank branches in the city were closed, stood at 831,000 and funds worth HK$6.3 billion (US$803.4 million) were transferred. 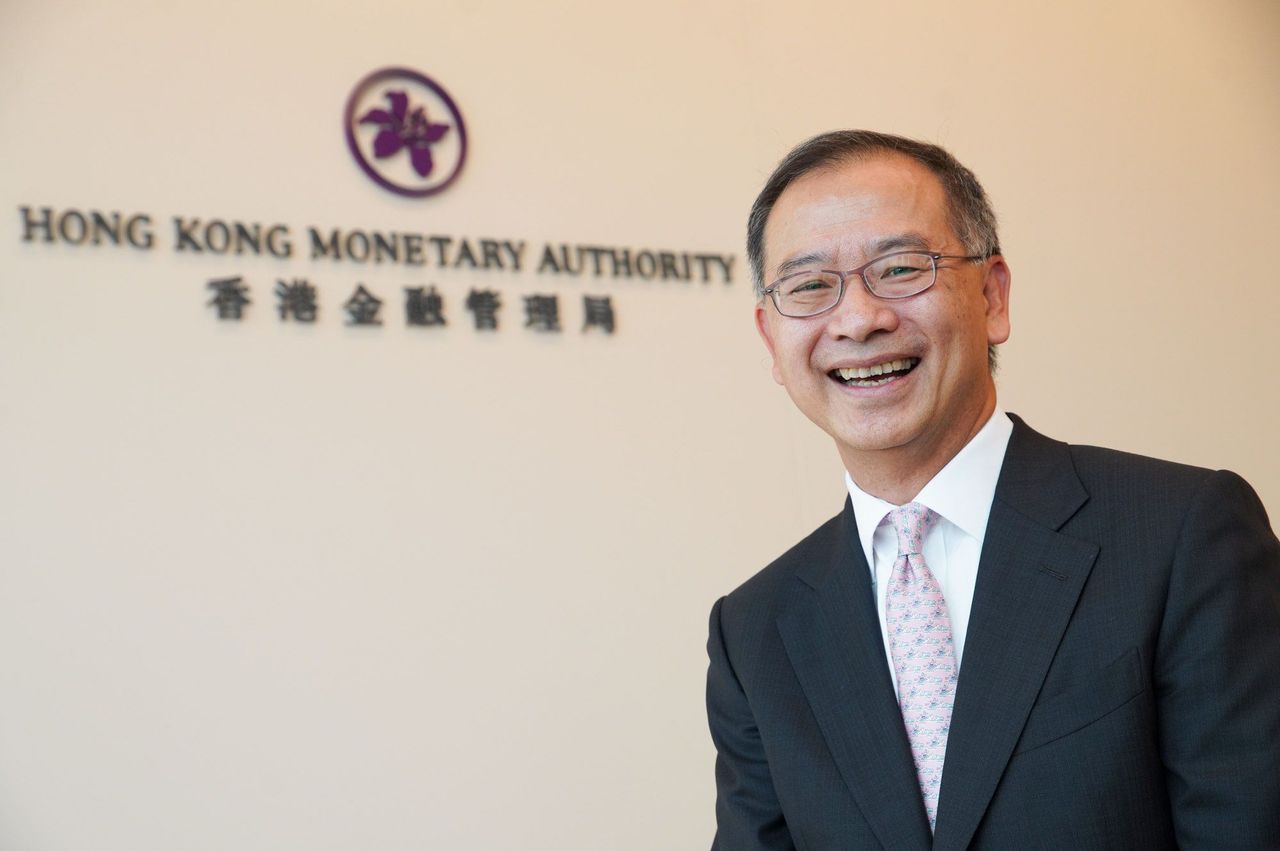 Eddie Yue Wai-man, the HKMA’s CEO, says the use of FPS will expand further in the future.

More than 98 per cent of money transfers in the second half of 2021 were carried out through FPS or other online channels, with the rest moving through bank branches, an HKMA survey of 20 retail banks and the city’s eight branch less virtual banks shows, Yue said. Every one in four new retail bank accounts was opened online in the first half of last year, compared with 17 per cent in 2019.

The city’s eight virtual banks had a combined 1.2 million customers in their first full year of operation in 2021.

“The pandemic has accelerated digitisation, and the introduction of the eight virtual banks has played a key role in this transformation,” said David Sun, CEO of Livi, a virtual bank co-owned by Bank of China (Hong Kong).

Livi had recorded strong growth in customer numbers since its launch in 2020, and 83 per cent of them actively used its products, Sun said. The virtual lender had received HK$3 billion in deposits as of the end of last year, while its PayLater product had received about 60,000 applications.

Younger millennials in their 20s and 30s saw the benefits of a smarter way of managing expenditure, both for themselves and their families, Sun said.

Even the more complicated property mortgage applications saw an increase in online submissions, rising to 2.5 per cent last year from 0.8 per cent in 2019. Retail banks’ digital investment transactions amounted to HK$2.7 trillion in the first half of last year, an increase of 120 per cent over the second half of 2019, Yue said.

“All these banking products and services are essential to the daily lives of the public,” Yue said. “And the figures show that banks’ efforts in investing in digital resources to bring convenience to customers have led to a win-win situation.”