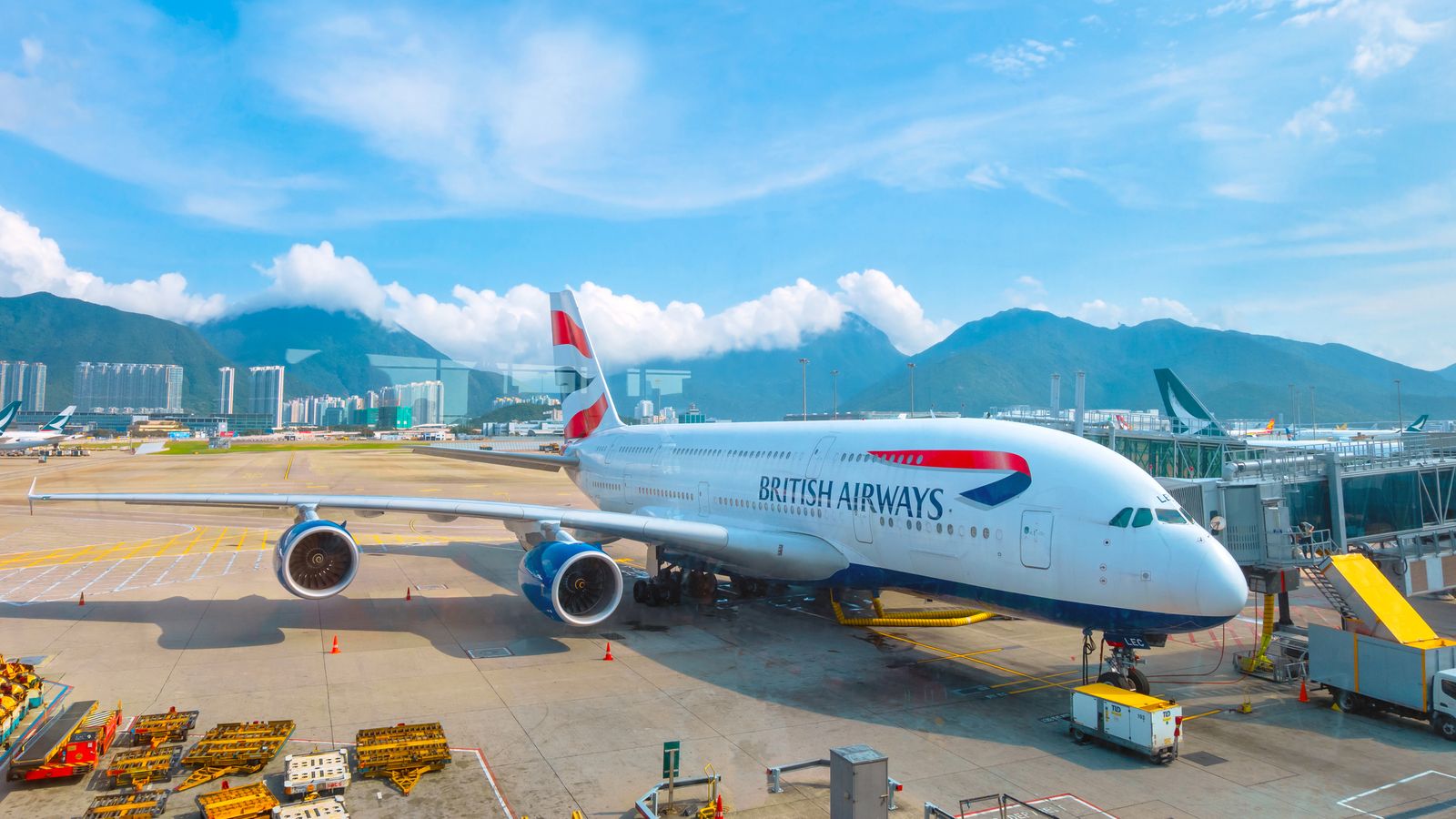 British Airways has confirmed it has temporarily suspended flights to and from Hong Kong after a crew member reportedly tested positive for COVID-19.

The airline has apologised to customers for the disruption to their travel plans.

A member of the flight crew was found to have coronavirus on arrival at Hong Kong International Airport on Saturday, according to reports. 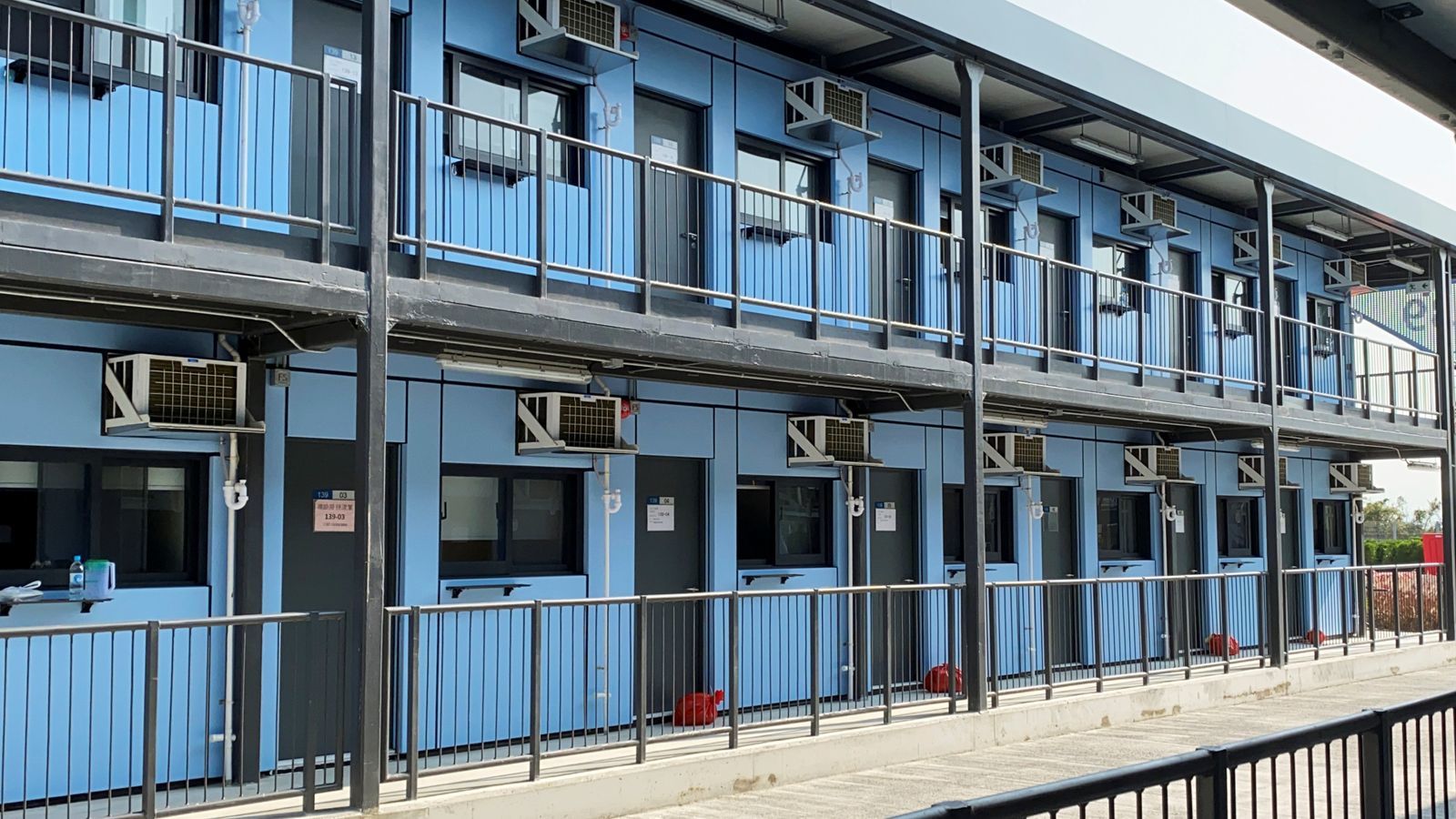 The crew is self-isolating at the Penny's Bay quarantine centre, built from containers especially for COVID

Due to Hong Kong's COVID rules, the whole crew is having to isolate at a quarantine centre made up of shipping containers.
Advertisement

The day before, another group of BA pilots and crew is understood to have been released from the centre in Penny's Bay on Lantau Island after spending a week there following a pilot testing positive for COVID when they arrived in Hong Kong.

BA said in a statement: "We have made the difficult decision to temporarily suspend flights to Hong Kong while we review operational requirements for this route.

"We apologise to our customers who have had their travel plans disrupted and will be in touch to give them options."

No indication was given by the operator on how long flights would be suspended for on the route.

The British flag carrier is understood to be supporting staff now having to quarantine in the former British territory. 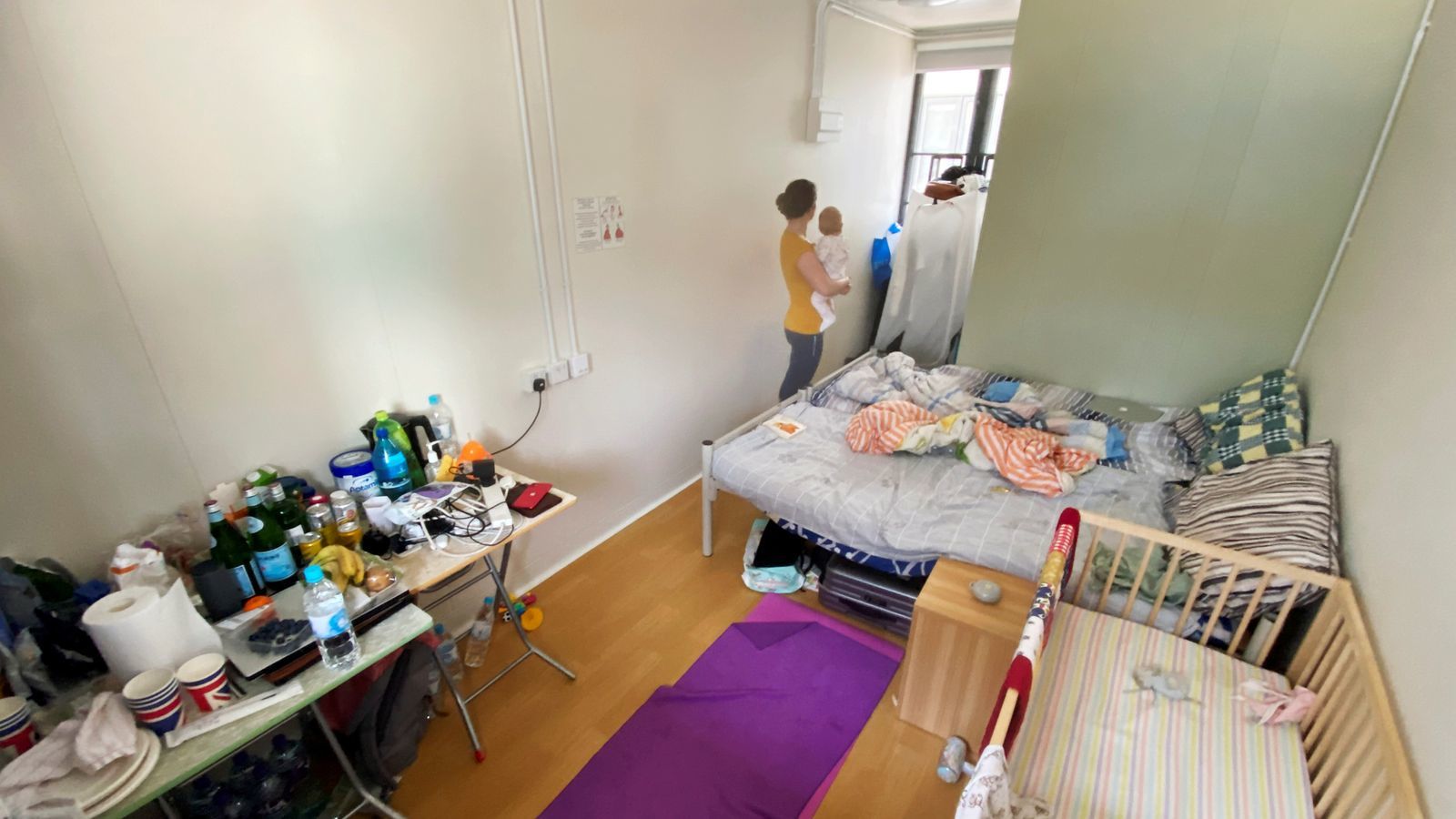 Inside the containers that make up the quarantine centre

Hong Kong has some of the strictest COVID rules in the world, with close contacts of a positive case having to quarantine at the centre even if they are fully vaccinated and continue to test negative.

It also requires 21 days in hotel quarantine for passengers arriving from high-risk countries, even if they are fully vaccinated.

The development comes as nations around the world tightened controls following the emergence of the Omicron variant of COVID-19.

of these countries will need to quarantine in a government-approved hotel for 10 days at a cost of £2,285.

Passengers arriving to the UK have been told that from 4am on Tuesday they will have to take a PCR test for COVID-19, with the expectation that they will have to self-isolate until they receive their negative result.

All contacts with a suspected case of the Omicron variant will have to isolate for 10 days, regardless of their vaccination status, amid concerns existing jabs will be less effective against the strain that is believed to spread rapidly.

Health Secretary Sajid Javid has also said mandatory mask-wearing will return to shops and public transport on Tuesday under plans to tackle the spread of the new concerning strain.

But the cabinet minister insisted it was going to be a "great Christmas" and said the situation was "nowhere near" the need to reintroduce social distancing rules and work from home guidance.