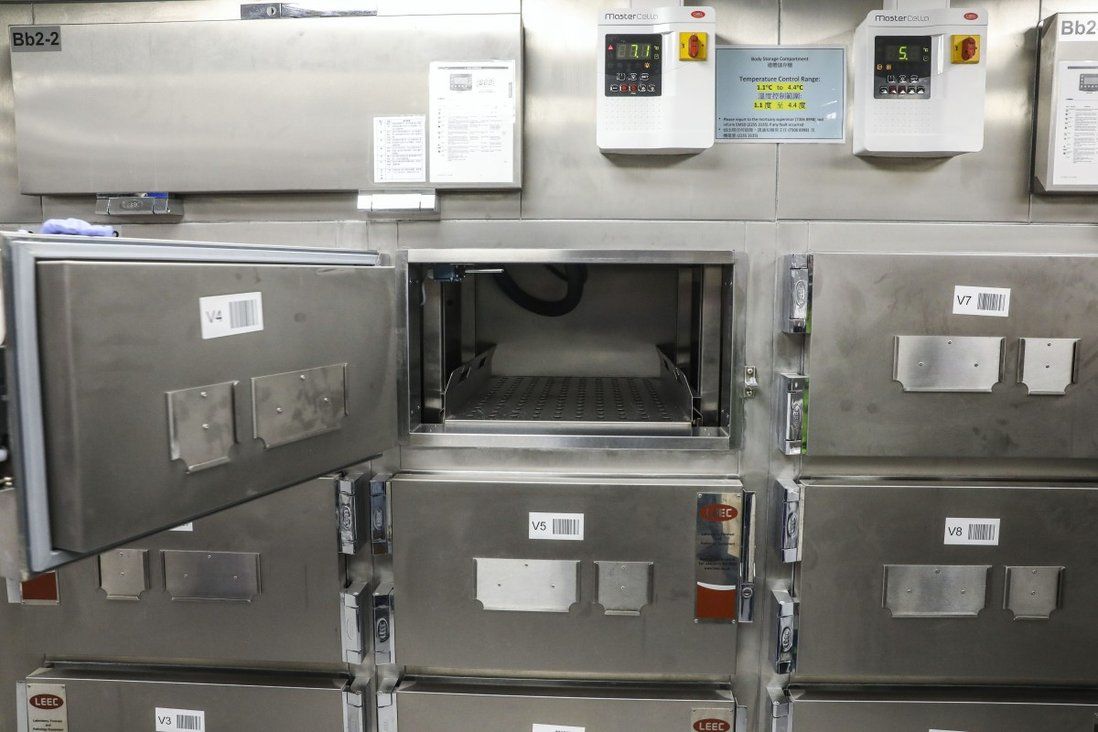 City’s mortuaries have already tripled their capacity but are running out of room to handle the dozens of residents who are dying daily.

The bodies of residents who died from Covid-19 are being stored on gurneys in hallways or beds inside accident and emergency departments at public hospitals as mortuaries approach capacity in Hong Kong.

David Chan Kwok-shing, a representative of the Hospital Authority Employees Alliance, on Sunday said he heard that in some cases, a body remained in an A&E unit for a day before finally being transferred to the hospital’s mortuary, which was already full. 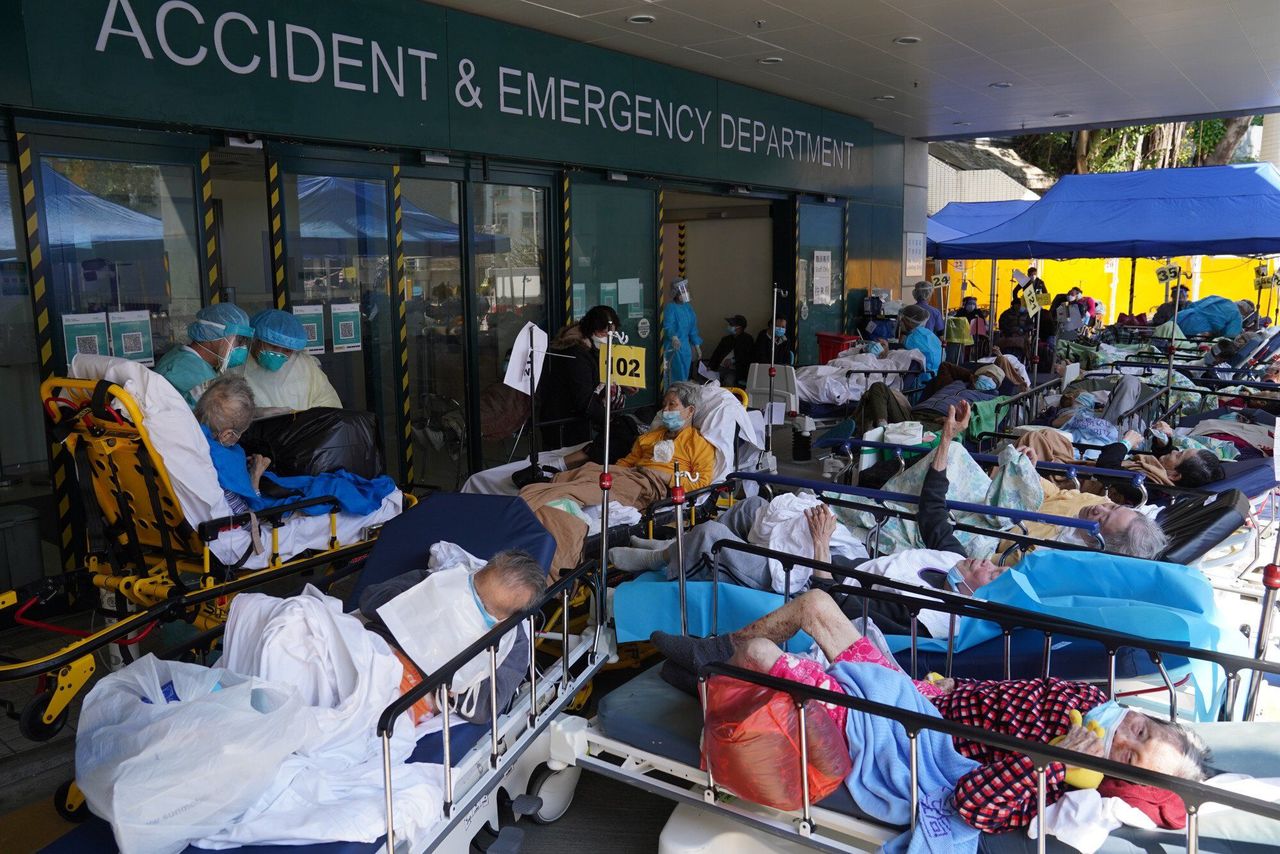 Dr Albert Au Ka-wing, principal medical and health officer at the Centre for Health Protection, revealed three public mortuaries had reached 90 per cent capacity in the past week as an exponential rise in infections brought a record number of deaths.

Since the fifth wave began in late December, Hong Kong has logged 158,683 cases, taking the total for the entire pandemic to 171,214. Health officials reported 83 Covid-related deaths on Sunday alone, taking the total to 727.

Dr Lau Ka-hin, the authority’s chief manager of quality and standards, conceded that transporting bodies from hospitals to mortuaries was proving difficult.

“We see an increase in the number of deaths because it has been colder and the pandemic has gotten worse. A lot of patients at [emergency rooms] are already in critical condition or had suffered from cardiac arrest,” Lau said. “We can’t cope with the transportation of corpses at the moment in a timely manner. That’s why sometimes they are seen in emergency rooms. We are already doing our best.”

He noted the law required an autopsy be carried out on patients who died before they reached the hospital or after brief resuscitation.

“We tried our best to put the bodies in our hospital mortuary, but some of them may be kept in A&E units,” Lau added. “They will be transported to the public mortuary.”

The authority had communicated with the departments of health and food and environmental hygiene about prompt collection of bodies, he revealed.

Lau also said officials were communicating closely with the funeral service sector and families of victims, so they could collect the bodies as soon as possible to free up space at the morgue.

But some funeral parlours have declined to accept the bodies. Hong Kong Funeral Business Association chairman Ng Yiu-tong said: “As far as I understand, it is the decision of individual funeral homes. You have to appreciate that, too, Covid-19 is an infectious disease. If a cluster developed in a funeral home, the result could be disastrous. The funeral home may need to be closed for disinfection and a lot of services cannot be held. So, some individual funeral homes may want to play it safe.”

On the recent backlog at mortuaries, Ng said he understood that the Food and Environmental Hygiene Department had stepped up cremations.

“Basically, families can choose to send the deceased directly from a hospital mortuary to a government crematorium. But many would like to hold ceremonies for their beloved and thus they would like to wait until a time slot or hall is available at the funeral parlour,” he said.

He expected the backlog problem at funeral homes could start easing later this week.

“The Chinese people usually do not like to hold funeral services in the first month of the Lunar New Year,” he said.

During the outbreak of Severe acute respiratory syndrome in 2003, 299 people died but no reports emerged of bodies piling up at hospitals. Overcrowding at mortuaries at public hospitals was reported in early 2004 and 2019, largely because relatives were reluctant to reclaim bodies for funeral services during the first month of the Lunar New Year.

Outside Hong Kong, reports circulated last July of a Thai hospital using refrigerated containers to store bodies after its morgue was overwhelmed by Covid-related deaths. Earlier last year, refrigerated containers were also reportedly used by some hospitals in California to store bodies. A temporary mortuary was built in London in January last year in the face of the huge Covid death toll there.