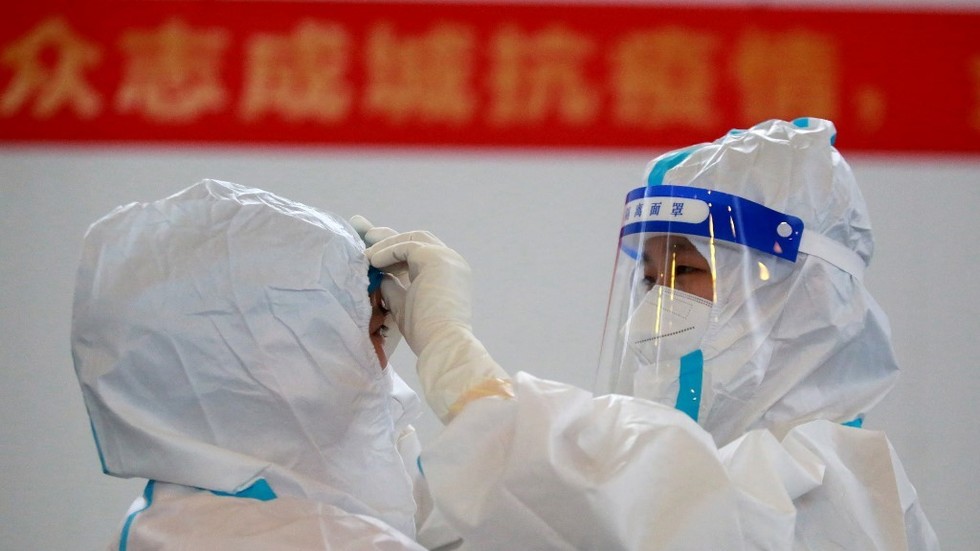 Covid-19 appeared in the US before Wuhan, Chinese scientists claim in new research paper

Using mathematical models, a quartet of Chinese scientists has argued that the first case of Covid-19 appeared between April and November 2019 in the northeastern US, long before the outbreak in Wuhan, China.
“The calculation results show that the COVID-19 epidemic in the United States has a high probability of beginning to spread around September 2019,” says the 14-page paper published on Wednesday at ChinaXiv, a repository operated by the National Science Library of the Chinese Academy of Sciences.

The quarter set out to “infer the origin time of pandemic” based on “a data and model hybrid driven method.” They modeled the positive test rate to fit the actual trends and used “the least squares estimation to obtain the optimal model parameters,” before applying the “kernel density estimation…to infer the origin time of pandemic given the specific confidence probability,” according to the paper.

Officially, the first case of Covid-19 was registered in the US on January 20, 2020 – about a month after the outbreak in the Chinese city of Wuhan. The Chinese researchers, however, argue that there is a 50% probability of first cases in 11 US states and the District of Columbia prior to that – as early as April 2019 in Rhode Island and as late as November that year in Delaware.

Much of the paper focuses on Maryland, the location of Fort Detrick – a US Army base used to research bioweapons during the Cold War, and now hosts the US biological defense program. Although the paper does not specifically mention Fort Detrick, multiple Chinese officials have repeatedly suggested that the virus may have come from there, as counter to US speculation that it originated from gain-of-function research on bat viruses, conducted at the Wuhan Institute of Virology (WIV).

The so-called ‘lab leak’ hypothesis focuses on the funding the US National Institutes of Health provided to a nonprofit called EcoHealth Alliance, which partnered with the WIV to conduct bat coronavirus research.

Earlier this week, the web-based investigative collective DRASTIC published documents allegedly leaked by a whistleblower, showing that EcoHealth Alliance was asking the Defense Advanced Research Projects Agency (DARPA) for funding in 2018 to release modified viruses into bat caves in southern China, but the proposal was rejected as too risky.

The four researchers also claim that a “series of previous studies showed that the United States, Spain, France, Italy, Brazil and other countries had been attacked by the coronavirus before its outbreak in China.”
#Coronavirus  #COVID-19  #Covid
Add Comment