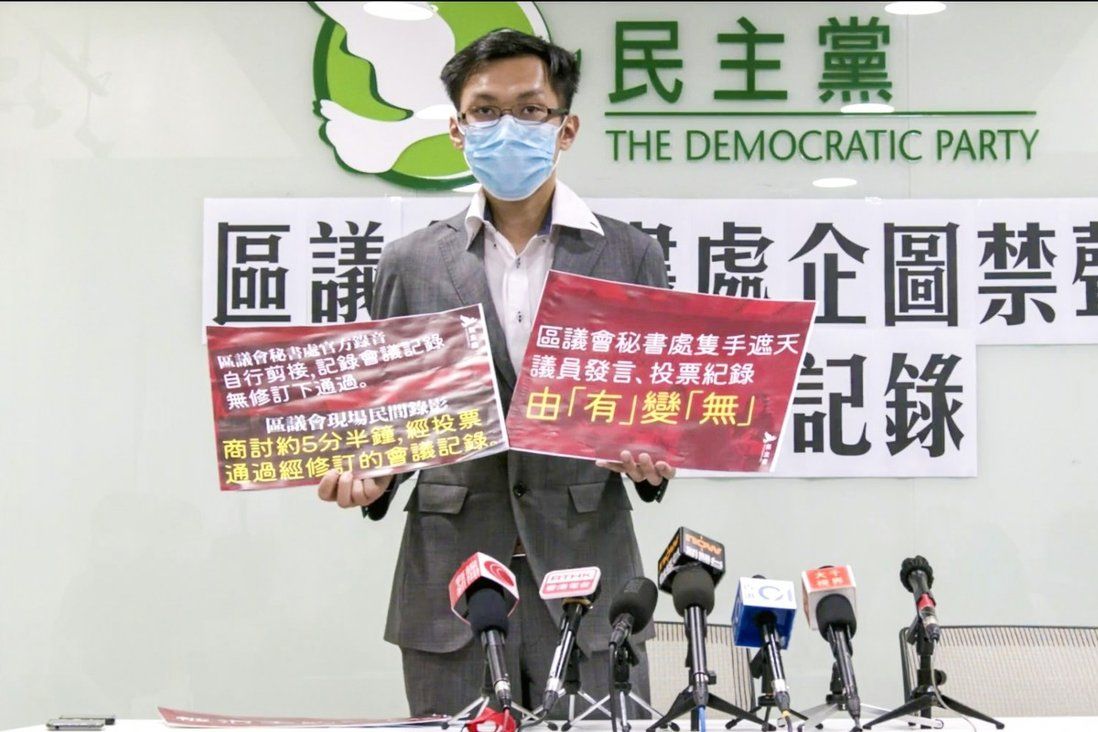 An opposition politician on Tuesday accused the Hong Kong government of altering district council meeting records by omitting speeches he and his allies had made.

But the Home Affairs Department, which runs the secretariat that supports district council operations, dismissed his allegation as unfounded, arguing the speeches were irrelevant and should not be recorded.

Sham Shui Po district councillor Ramon Yuen Hoi-man, of the Democratic Party, made a police report and complained to the Ombudsman on Tuesday about the secretariat, alleging that its staff had committed a range of offences including misconduct in public office, deception and forgery. 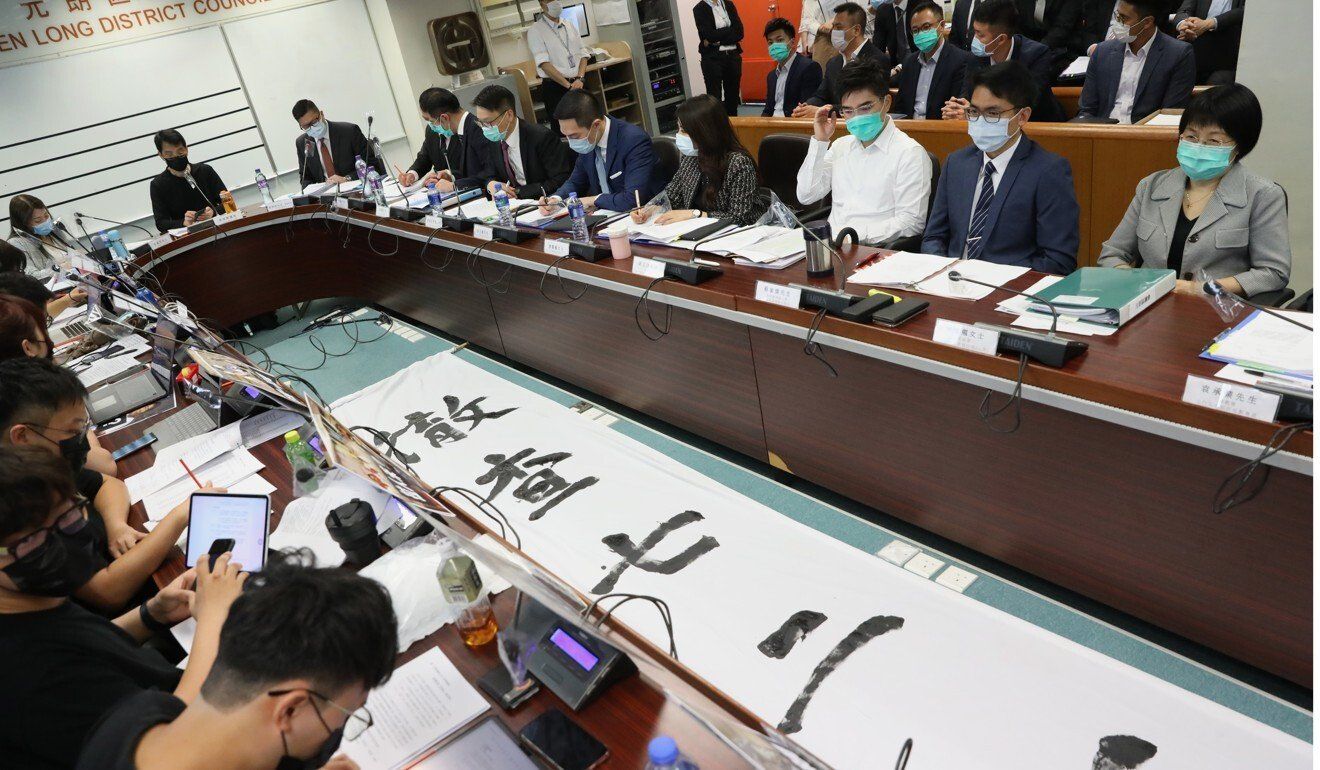 He said secretariat staff had deleted a large part of the audio recording of discussions on November 10 on whether to add some speeches to the minutes of two previous meetings in June and September. The original recording lasted for five minutes.

Instead, the secretariat uploaded an edited version to the council website, which lasted for 23 seconds.

“The secretariat staff made the deletions to make it appear that my motion did not exist at all. This is a blatant act of forgery and deception of the public. I will also file a complaint about them to the Independent Commission Against Corruption,” he said.

What was omitted was Yuen’s motion to add back to meeting records speeches by councillors that were made after a district officer walked out. The vote on his motion was also deleted.

The official had walked out as discussions in the June and September meetings were found to be “beyond the council’s function”, and involved a taxi driver running into a crowd during an anti-government protest, and inaccuracies in history textbooks.

After the walkout, councillors continued their discussions, but the speeches were not included in the meeting records.

At the November meeting, while the councillors voted 16-2 in agreement with Yuen to insert the discussions in the minutes, the audio recording was edited in such a way that it did not carry Yuen’s motion and the vote.

Then in February, the secretariat emailed councillors informing them the minutes for the two previous meetings were endorsed “without any amendment”.

Tensions have risen between the administration and district councils, which are mostly controlled by the opposition camp after a landslide victory in elections in 2019 at the height of the anti-government protests. Since January last year, there have been 89 instances of government representatives walking out of regular council meetings, according to a count by 18 District Councils Liaison, a group formed by opposition politicians.

Pro-establishment district councillors argued their rivals only had themselves to blame for their confrontational ways towards officials.

The fate of opposition district councillors also hangs in the balance with many expected to be disqualified as they will be soon required to take oaths of allegiance and face disqualification if they are found to be not patriotic enough or a threat to national security following official probes into their past conduct.

In a statement issued in the evening, a department spokesman hit back at Yuen’s allegations, saying they were unfounded.

Under the law, the spokesman said, the council was tasked with advising the government on district affairs and undertaking environmental improvements, community activities and the promotion of recreational and cultural activities, for example.

He said when Yuen proposed to add the speeches to the meeting records of June and September, staff had already made it clear they would not provide secretariat support as the discussion items on those occasions were unrelated to the councillors’ duties.

“Even if they passed the motion for making the additions, Sham Shui Po District Council’s secretariat would not follow up on the related records. Therefore, the recording of those discussions was not uploaded as the meeting record,” he said.