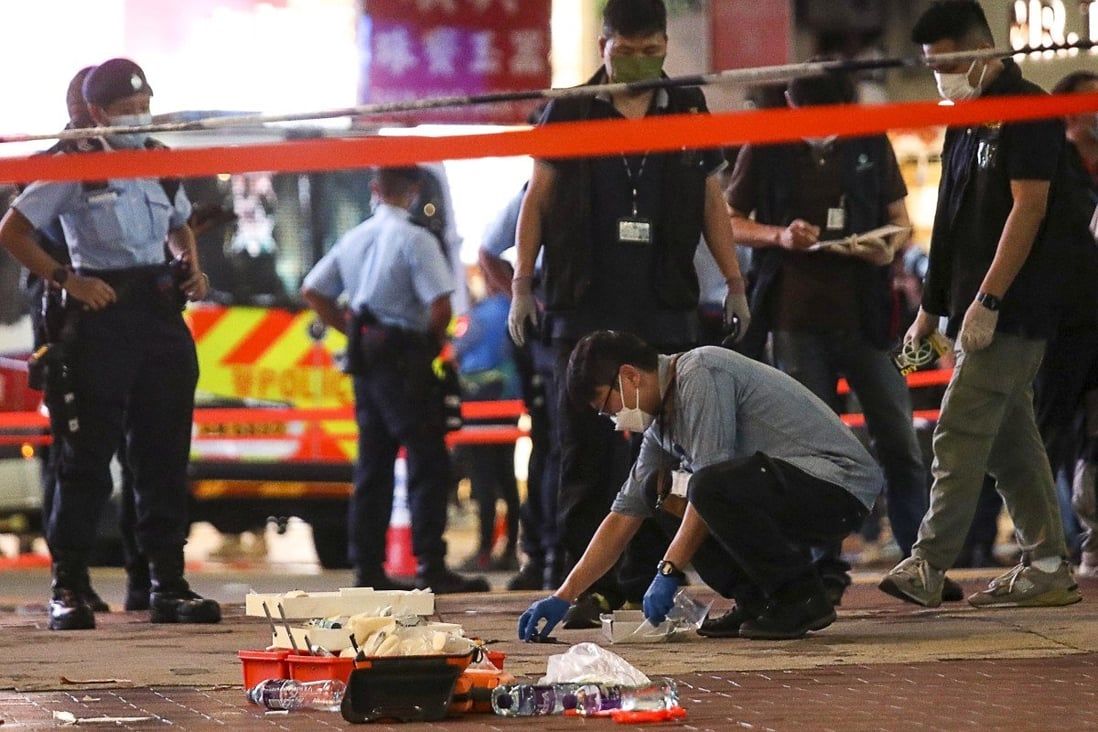 The Coroner’s Court will open an inquest into the death of a man believed to have stabbed a Hong Kong police officer before turning the blade on himself last year.

Leung Kin-fai was named the primary suspect for the attack on Constable So King-cho outside the Sogo department store in Causeway Bay on July 1, 2021, as Hong Kong marked the 24th anniversary of its handover from British to Chinese sovereignty.

A pre-inquest hearing was held behind closed doors at West Kowloon Law Courts Building on Monday to settle administrative matters pertaining to the six-day inquiry starting on November 30.

A legal source said police would submit video evidence and call around a dozen witnesses, including So, to testify.

The injured officer, the police commissioner and the family of the deceased had been listed as properly interested persons of the proceedings, according to the source, but Leung’s family members had yet to engage a legal representative and were absent from Monday’s court session.

The inquest is expected to be presided over by Coroner David Ko Wai-hung, who has overseen similar proceedings arising from deaths linked to the 2019 anti-government protests. The source said the inquiry might also involve a jury.

Leung, 50, was working as a purchasing agent at Vitasoy when the incident happened.

Secretary for Security Chris Tang Ping-keung previously declared the July 1 attack a “lone wolf-style act of domestic terrorism”, saying those who incited hatred in society and beautified acts of violence had blood on their hands.

After the incident, some residents laid flowers at the crime scene to “mourn” the attacker while others posted messages on social media hailing him as a “martyr”.

Hong Kong leader John Lee Ka-chiu, then the city’s No 2 official, warned such acts could be illegal, describing them as tantamount to promoting terrorism.

Four University of Hong Kong student leaders have been prosecuted under the national security law for passing a motion lauding the attack. They will enter a plea in the District Court on a joint count of promoting terrorism. They face up to seven years imprisonment if convicted.