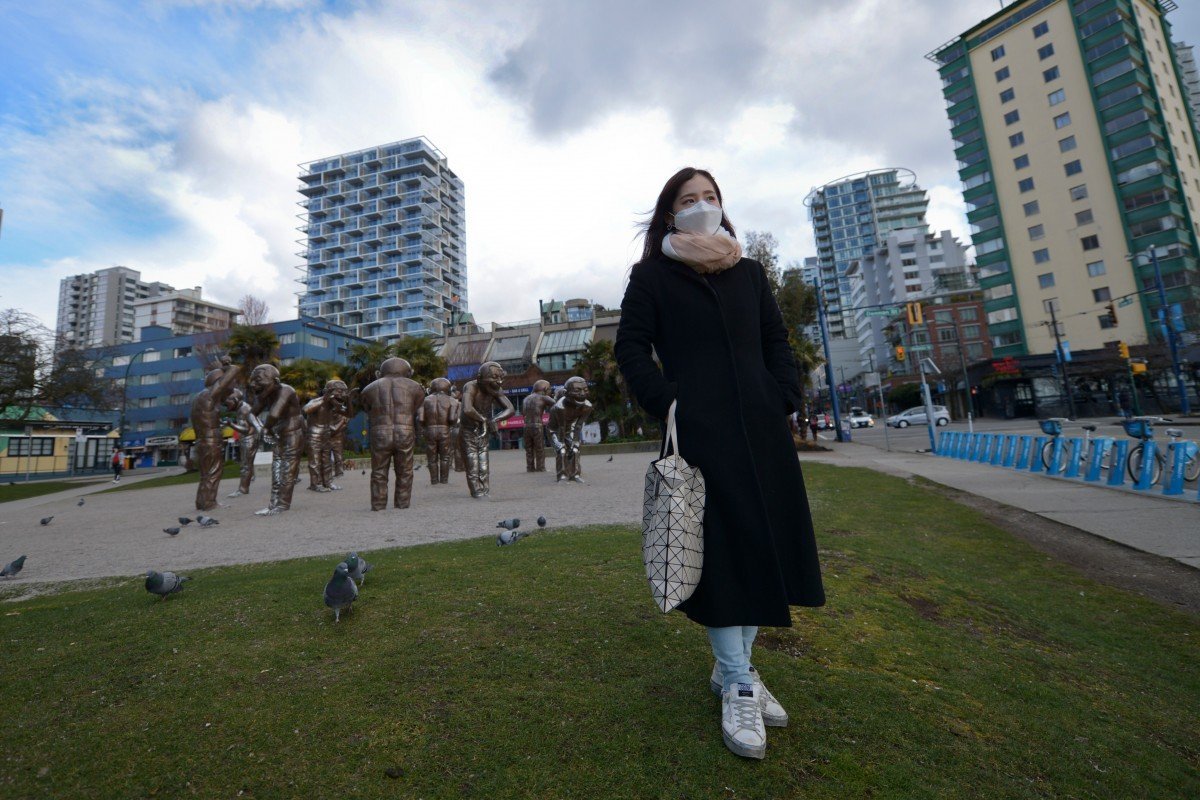 A survey in Canada has confirmed reports that racism against people of Chinese ethnicity has been on the rise in the North American country since it reported its first cases of Covid-19 in March.

Half of the Chinese-Canadians polled said they had been called names or insulted as a direct consequence of the pandemic and 43 per cent said they had been personally threatened or intimidated. More than 60 per cent of respondents had adjusted their daily routines in a bid to avoid unpleasant encounters.

The survey, which questioned 516 Canadians of Chinese ethnicity, was conducted by the University of Alberta and the Angus Reid Institute, a non-profit public opinion research agency in Canada, against a backdrop of rising anti-China and anti-Asian racism, as well as xenophobia.

Vancouver police said in May that anti-Asian hate crime was on the rise, with 16 reports made in March and April, compared to 12 in the whole of 2019. Also in May, two lion statues at the entrance to the city’s Chinatown were defaced twice with racist graffiti.

We are extremely disheartened to share the news that yet again the Chinatown Lions have been defaced with racist graffiti. We are working with Chinatown community to identify steps we can take to address this issue, as well as supporting @VancouverPD with their investigation.1/2 pic.twitter.com/trldsV2t9w — City of Vancouver (@CityofVancouver) May 29, 2020
Discrimination has been stoked by the use of terms such as “Chinese virus” and “Wuhan virus” by senior figures in the neighbouring US, including President Donald Trump and Secretary of State Mike Pompeo. While Trump dropped references to the “Chinese virus” in late March, he has recently returned to racially charged terms like “kung flu” and “Chinese flu” at his campaign events.

The survey, which was released on Monday, found two-thirds of respondents felt coverage from North American news outlets had led to negative views of Chinese-Canadians, while three in 10 said they were frequently exposed to racist graffiti or messaging on social media.

A quarter said they were treated with less respect because of their Chinese ethnicity and a similar share said they were made to feel as though they posed a threat to the health and safety of their fellow Canadians.

One man in his 60s told the survey team he had been spat at by a cyclist, while a woman in her 20s said: “Walking down the street with a mask on, there have been instances where people will scream at me to go back to China or swear and say other racist remarks. I look Chinese but I am not from China, even though I have Chinese heritage. Makes it all very confusing.”

Another respondent, a woman in her 30s, said she had been repeatedly yelled at in the streets of her own neighbourhood since March. “I have had my citizenship questioned, despite stating that I was born in Canada, when chatting with others,” she added.

More than half of those surveyed said they were worried their children would be bullied once schools reopened. They were also concerned that racist attitudes and behaviour would persist after the Covid-19 pandemic, which had infected more than 100,000 Canadians as of Tuesday.

There are about 1.7 million Chinese-Canadians – 5 per cent of the country’s population.

Another survey, released in May by the Angus Reid Institute, found the number of Canadians who hold favourable views of China had reached a new low, with more than 85 per cent of respondents saying the Chinese government had not been honest or transparent about the pandemic.

Relations between Beijing and Ottawa deteriorated sharply in December 2018 when Canada detained Huawei’s Meng Wanzhou at the request of the US. A few days later, China detained two Canadians – Michael Kovrig and Michael Spavor – accusing them of spying.

China announced on Friday that prosecutions were to begin against Kovrig and Spavor, a move which will further escalate tensions between the two countries.