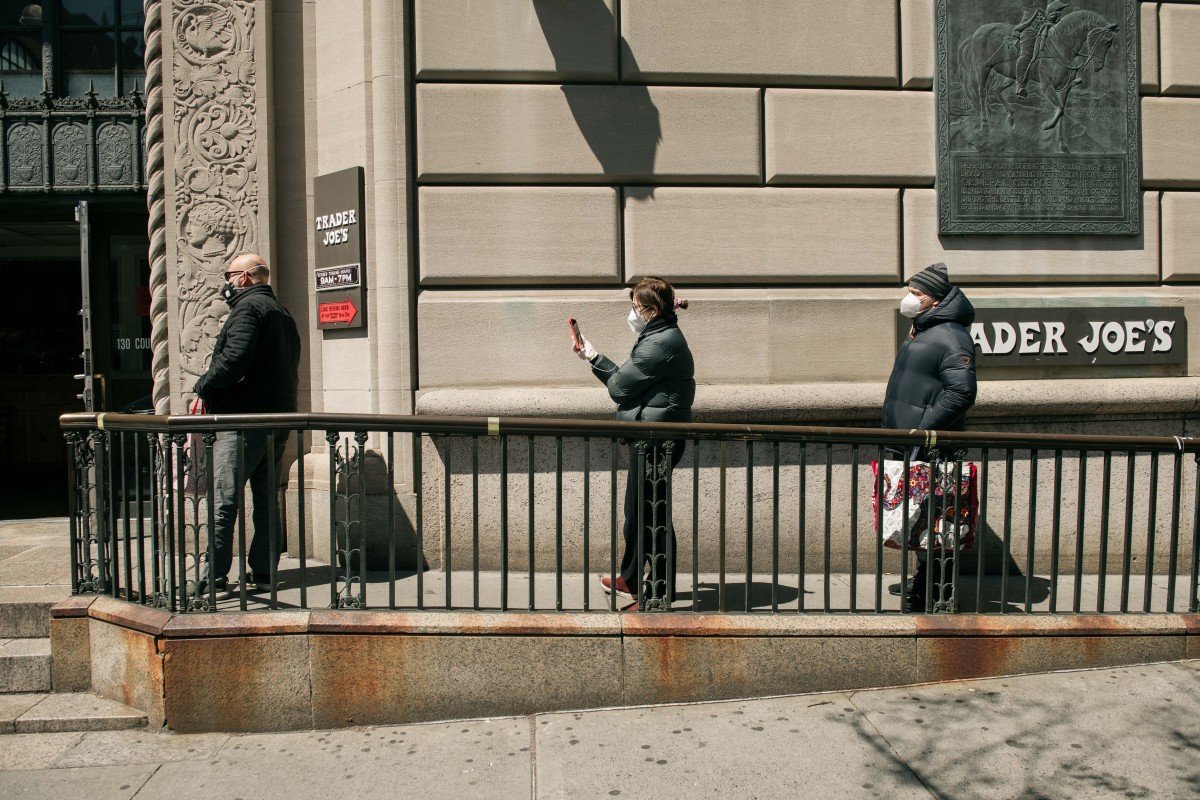 Coronavirus re-emergence will be a threat until 2024, Harvard study finds

Social distancing may need to continue or be used intermittently for next two years even if the virus were seemingly eliminated, researchers say.
A further outbreak of the coronavirus could occur as late as 2024 and social distancing may have to be extended until 2022 to contain the existing pandemic, a team of Harvard researchers has said.

The findings contrasted with Tuesday’s upbeat forecast by US President Donald Trump that some US states would be able to lift social distancing measures by the end of April.

The paper – by five researchers with the Harvard T.H. Chan School of Public Health, and published in the journal Science on Tuesday – found that a re-emergence of the virus was possible in the next four years.

It did not say social distancing measures would need to stay in place for the entire next two years, but suggested that “prolonged or intermittent distancing may be necessary into 2022” unless a vaccine or improved treatment was available, or critical care capacity – which has been widely overwhelmed – was increased substantially.

“Even in the event of apparent elimination, Sars-CoV-2 surveillance should be maintained since a resurgence in contagion could be possible as late as 2024,” it said, referring to the virus’ official name.

Countries around the world have introduced social distancing measures such as restrictions on gatherings, school closures and reductions in non-essential outdoor activities, in efforts to stem the spread of the coronavirus, despite having social and economic consequences.

The pandemic – the worst global public health crisis since the second world war – has killed more than 130,000 people worldwide, with the number of infections passing 2 million.

With over 600,000 cases and a death toll of more than 26,000, the United States has become the worst-hit country since the outbreak was first reported in China in December.

The World Health Organisation has warned that the infection caseload has not yet peaked, while the International Monetary Fund has said the recession caused by the virus was very likely to be the worst since the Great Depression of the 1930s.

China has formally lifted its blanket lockdown measures – in place for more than two months – in Wuhan, the outbreak’s initial epicentre. Most Chinese cities have loosened distancing measures as the nation declared an initial victory in getting the outbreak under control.

In Europe, some countries have made small steps or plans to ease social distancing measures to allow parts of the economy to function, although without declaring that it was time to return to normality.

Trump expressed optimism at a White House briefing on Tuesday that distancing measures in the US could soon be lifted.

The Harvard study used US data on two previous coronaviruses to model possible transmission trajectories of Sars-CoV-2 in a variety of scenarios, with seasonal changes and durations of immunity as variables. In all modelled scenarios, the virus could “proliferate at any time of a year”, the report of the study said.

It also said that if immunity were not permanent, the virus would probably enter into regular circulation in most modelled scenarios, but if permanent immunity could be developed, the virus could disappear for five or more years.

Citing the experiences of China, South Korea and Singapore, it said intensive or effective distancing measures could allow for sufficient contact tracing and quarantining, and ease the burden on medical care systems.

The authors said their goal was not to endorse social distancing policies, but to identify likely transmission trajectories, complementary interventions such as increasing intensive care unit capacity, and treatments to reduce ICU demand, as well as to expand the options for bringing the pandemic under long-term control.

“We do not take a position on the advisability of these scenarios given the economic burden that sustained distancing may impose, but we note the potentially catastrophic burden on the health care system that is predicted if distancing is poorly effective and/or not sustained for long enough.”
Add Comment