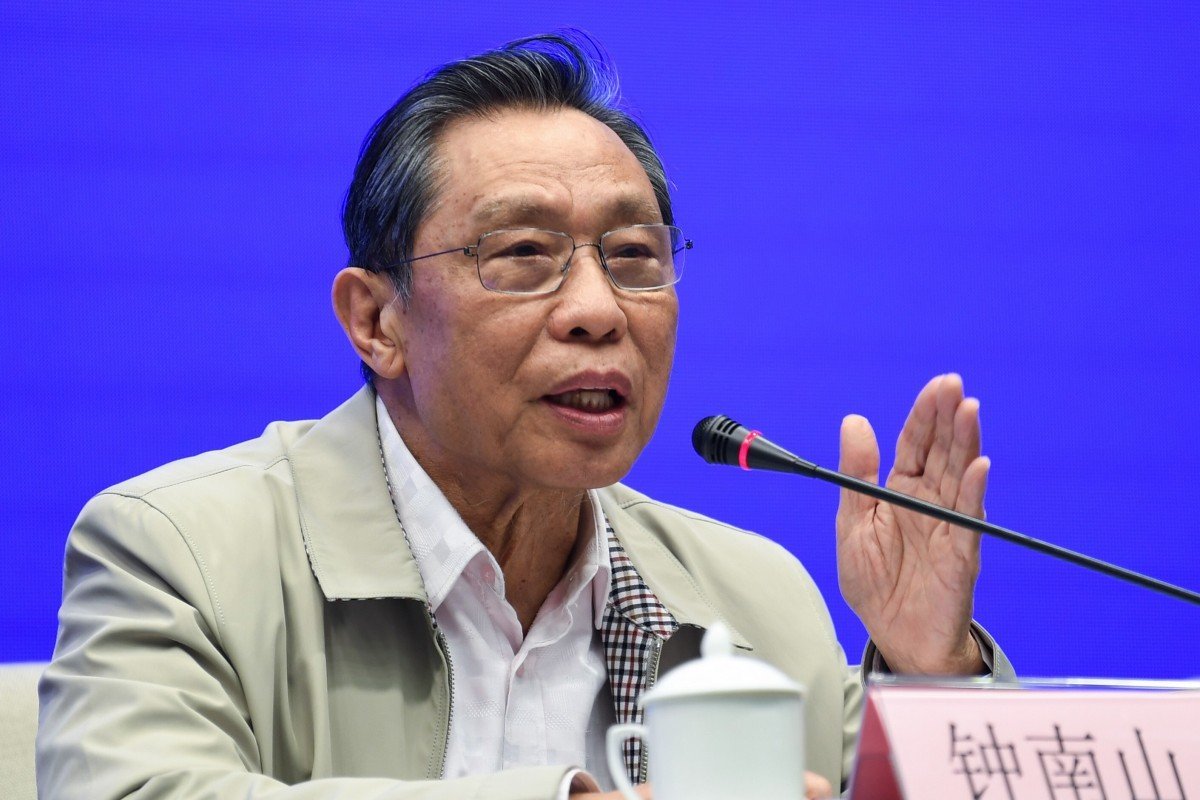 In an exclusive, wide-ranging interview with the Post, veteran Chinese infectious disease expert Zhong Nanshan shares his insights into the global battle to control the Covid-19 pandemic. In this third part of a four-part series, Zhong says the blame game between the US and China is putting important research at risk at a time when the world’s scientific community needs to join hands and work together.

The politicisation of the Covid-19 pandemic could stall vital global scientific cooperation into an investigation of its origins, according to China’s most respected respiratory expert.

Zhong Nanshan, 83, known as a “Sars hero” for his role in fighting the 2002-03 severe acute respiratory syndrome epidemic, said scientists around the world needed to team up to establish where the new coronavirus, which causes Covid-19, had come from.

Zhong, from the Chinese Academy of Engineering and a senior adviser to the government in its drive against Covid-19, said he had been approached by Ian Lipkin, the US epidemiologist, to use molecular tools to establish how the virus jumped to humans but the endeavour could be stalled for fear it would be distorted by political agendas.

Lipkin, professor of epidemiology at Columbia University, was an adviser on the film Contagion and himself contracted Covid-19. His association with Zhong dates back 17 years when they worked together on the Sars outbreak in China.

Lipkin has been working since 2018 with professor Lu Jiahai’s team at Sun Yat-sen University’s public health school in Guangzhou, southern China, on emerging infectious diseases. They have been trying to establish the origin of the new coronavirus since February. Zhong, Lu and Lipkin met in Guangzhou in January and are in regular contact.

“Professor Lipkin has a very good technology, called molecular capture, which can capture and analyse the key gene to identify the source of the virus,” Zhong said. “It will be a large amount of work that involves not only drawing [human] blood but also blanket investigation into animals.”

But Zhong said US politicisation of the pandemic, which aimed to lay blame on China, was putting the project at risk. “[Origin tracing] should have been an important scientific issue that called for joint research and I am all for it but now, with the political labelling, it is very difficult to do so,” he said.

US President Donald Trump and Secretary of State Mike Pompeo have claimed, without evidence, that the virus escaped from a laboratory in Wuhan - the central Chinese city where the first cases were reported - and called for an investigation into the outbreak.

They have also blamed China’s initial handling of the outbreak for causing the spread of the disease around the world. China has rejected the claims and accused the US of spreading unfounded conspiracy theories.

Beijing has repeatedly said it opposes politically-driven investigations into the origin of the coronavirus and would accept objective and science-based probes within the framework of the World Health Organisation, when the epidemic has waned.

Zhong said the Chinese government had investigated the claims about the Wuhan laboratory and found no improprieties. “After the US made the allegations, the Chinese Centre of Disease Control and Prevention and the National Health Commission sent a special team to investigate the Wuhan Institute of Virology for two weeks,” he said.

“The investigators found nothing improper and there was nothing that could show [the coronavirus] was manufactured by the laboratory. We also know that, based on their manpower, technological capability, and finance, it is just impossible for them to have manufactured it (the virus).”

Available evidence suggests bats were the reservoir host for the new coronavirus which then possibly passed through an animal intermediary host to humans. Wuhan’s Huanan Seafood Wholesale Market – where wild animals were traded and which was linked to 27 of the 41 early cases – was initially believed to be the source of infection.

However, epidemiologists had found only traces of the virus in samples taken at the market. In addition, Zhong said, the first known case of the coronavirus in Wuhan, as well as most of the 1,099 cases treated in the city, had no links to the market at all.

Zhong said investigations into the origins of the coronavirus were important for preparing for the next outbreak, as there had already been three this century – Sars in 2002, Middle East respiratory syndrome (Mers) in 2015 and now Covid-19. But, he said, investigations should cover other countries as well as China.

“We need to find out exactly how the virus transmitted,” he said. “It’s a process of evolution and that can happen anywhere. Data showed it happened in China, France and the United States. We really need to find out how this happened.”

Zhong said it was now established that the earliest cases had occurred in September and November. “It occurred in November in the US and also in France and Italy, so it’s a world problem that the virus might have existed long before [it was reported in China],” he said.

Zhong said that, even though animals at the market had been disposed of as part of the Wuhan government’s initial response to curb the spread of the virus, an investigation could still figure out its role in the pandemic if scientists worked together.

Shao Yiming, chief expert on Aids at China’s Centre for Disease Control and Prevention, told the journal Science last week that, even though the market had been disinfected and animals disposed of, there were still ways it could be investigated. Shao said records of where the animals had come from were still available and could be used to trace those sold in the market.