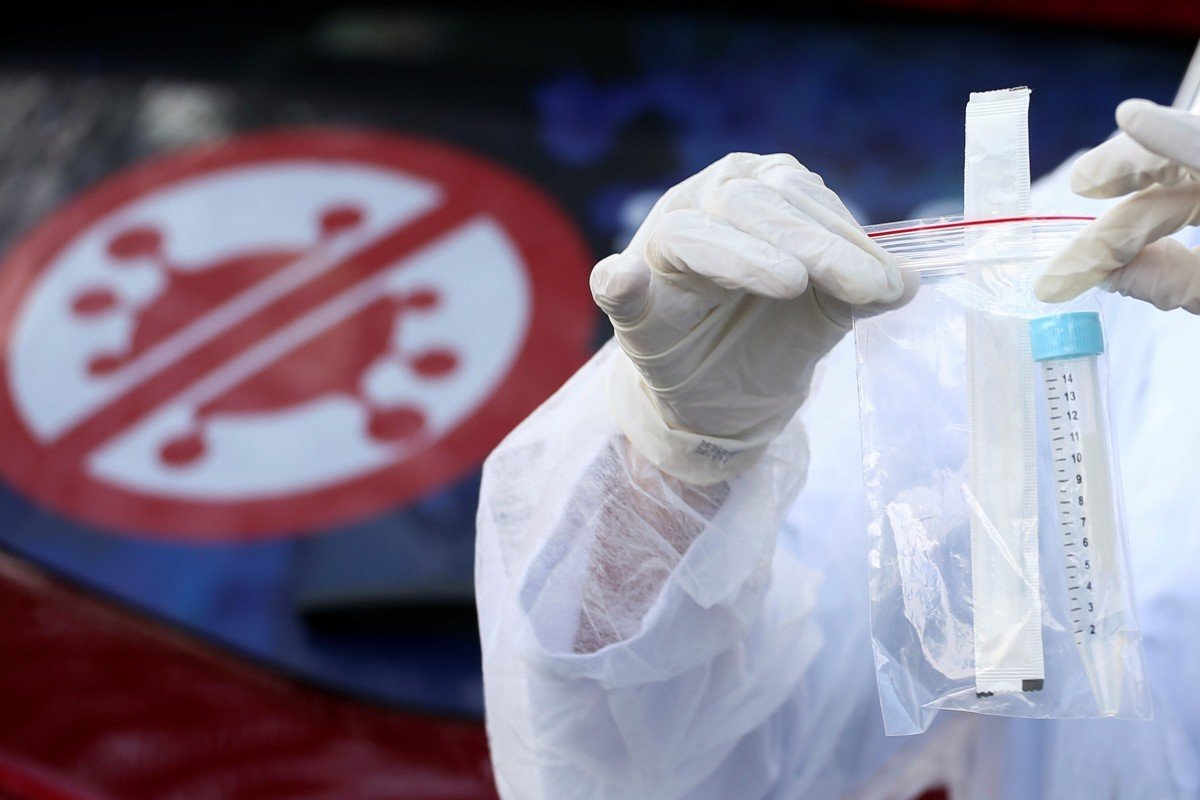 Trump says he is halting US funding to WHO. Britain’s true death toll ‘far higher’ than previous estimates.

The death toll in the US from the new coronavirus surpassed 25,000 on Tuesday, according to a rally by Johns Hopkins University, as the country remains the hardest hit by the pandemic.

The US has confirmed around 600,000 cases, more than three times the number in any other country. The real figure is likely higher, in part due to testing shortages.

President Donald Trump said at his daily White House briefing that he was halting funding to the World Health Organisation (WHO), accusing the world body of “covering up” the coronavirus and failing in its response to the pandemic.

Meanwhile, US authorities continued to debate how to reopen the economy without reigniting the outbreak, even as the IMF warned on Tuesday that the world is poised to plunge into a bruising global recession not seen in a century,

The deadly disease has already killed more than 120,000 people and infected close to two million around the world since it first emerged in China late last year.

It has upended lives from New York to New Delhi to Naples as governments imposed unprecedented lockdown measures to contain the virus’s devastating march.

Austria and Italy allowed some shops to reopen on Tuesday, a day after Spain allowed construction and factory workers to return to their jobs.

Trump halts US contributions to WHO


The US president said on Tuesday that he would suspend funding to the World Health Organisation (WHO) while the government investigates alleged missteps the UN agency made in responding to the coronavirus outbreak in China.

He said he planned a 60- to 90-day evaluation period during which funding would be held.

“Other nations and regions who followed WHO guidelines and kept their borders open to China accelerated the pandemic all around the world,” Trump said. “The WHO failed to investigate credible reports from sources in Wuhan that conflicted directly with the Chinese government's official accounts.”


UN Secretary-General Antonio Guterres warned on Tuesday that the world is facing “a dangerous epidemic of misinformation” about Covid-19 and announced a UN campaign to flood the internet with facts and science to counter what he called “a poison” that is putting lives at risk.

The UN chief decried what he described as a global “misinfo-demic” that is spreading harmful health advice, “snake-oil solutions”, falsehoods, and wild conspiracy theories.

Guterres urged social media organisations to do more to counter the misinformation and to “root out hate and harmful assertions about Covid-19”.

“Hatred is going viral, stigmatising and vilifying people and groups,” he said in a video statement. “Mutual respect and upholding human rights must be our compass in navigating this crisis.”


Trump suggested on Tuesday that some Democratic governors were “mutineers” after New York Governor Andrew Cuomo said he would refuse any order to reopen the economy too soon and risk reigniting the coronavirus outbreak.

Cuomo, a Democrat whose state has been the epicentre of the outbreak in the United States, and governors of six other northeastern states said on Monday that they would formulate a regional plan to gradually lift social distancing restrictions that have shut down non-essential businesses and schools.

On the Pacific Coast, the governors of California, Oregon and Washington state said they also would take a regional approach, but cautioned that any large-scale reopening would depend on a decline in the rate of spread in their area.

“Tell the Democrat Governors that ‘Mutiny On The Bounty’ was one of my all time favorite movies,” the Republican Trump wrote on Twitter on Tuesday, referring to a film classic about a rebellion against the commanding officer of a British naval vessel in the late 18th century.

“A good old fashioned mutiny every now and then is an exciting and invigorating thing to watch, especially when the mutineers need so much from the Captain. Too easy!” Trump wrote.


Two Brazilian state governors tested positive for the new coronavirus on Tuesday, in the tourist hotspot of Rio de Janeiro and the Amazon rainforest state of Pará, becoming the latest leaders to get the disease as it spreads across the country.

In a video posted on Twitter, Rio Governor Wilson Witzel said that after not feeling well in recent days, with a fever and sore throat, he requested a test and received the positive result on Tuesday.

Pará Governor Helder Barbalho, in a social media post, said he had also tested positive after members of his staff came down with the virus, although he had no symptoms.

Brazil had a record 204 deaths on Tuesday from Covid-19, the highest death toll for a single day since the outbreak began. More than 1,500 people have died of the disease in Brazil, with more than 25,000 infections confirmed.


Britain’s true death toll from the novel coronavirus far exceeds estimates previously published by the government, according to broader official data that include deaths in the community such as in nursing homes.

Even before the new figures, the official British death toll was the fifth-highest globally and a senior scientific adviser to the government has said the country risks becoming the worst-hit in Europe.

The Office for National Statistics said 5,979 people in England had died by April 3 with Covid-19, the respiratory disease caused by the virus, mentioned on their death certificates – 15 per cent higher than numbers published by the health service.

“I am not remotely surprised there would be an undercounting,” said Bill Hanage, associate professor of epidemiology at Harvard’s T.H. Chan School of Public Health.

“The UK hospital death toll that you are seeing – the one on the news each night – is a composite of things that have been trickling in over a period of time. It is not an exact number and does not include the numbers dying in places such as nursing homes.”

The new numbers, which reflect both deaths caused primarily by Covid-19 and where it was mentioned as a factor, show how limited British official data has been so far. Daily figures published by the health ministry record only Covid-19 deaths in hospitals.

Compared with the ONS figures, these daily counts had understated the true death toll for England and Wales by 52 per cent as of April 3, although this had narrowed from 70 per cent a week earlier.

Still, it raises the likelihood that the latest death toll for the UK as a whole – 12,107 as of April 13 – is in reality thousands higher when deaths outside hospitals are included.


The Cannes Film Festival will not take place this year in “its original form” due to the coronavirus pandemic, but organisers said they were continuing to review options for the event.

The film festival, one of the largest in the world, was initially due to take place from May 12-23. However French President Emmanuel Macron announced on Monday that he was extending a lockdown to curb the outbreak until May 11, and that public events including festivals could not be held until mid-July.

“Following the French president’s statement … we acknowledged that the postponement of the 73rd International Cannes Film Festival, initially considered for the end of June to the beginning of July, is no longer an option,” organisers said in a statement.

“It is clearly difficult to assume that the Festival de Cannes could be held this year in its original form.”

The organisers said, however, they had started discussions with film professionals, in France and abroad.

“They agree that the Festival de Cannes, an essential pillar for the film industry, must explore all contingencies … by making Cannes 2020 real, in one way or another,” they added, without elaborating on potential options.

US sailor from virus-hit aircraft carrier in ICU


A sailor from the coronavirus-stricken aircraft carrier Theodore Roosevelt was in the intensive care unit (ICU) in Guam, the Navy said on Tuesday, a day after a sailor from the carrier died after contracting the virus.

In a statement, the Navy said the sailor was moved to the ICU for “increased observation due to shortness of breath”. Three other sailors from the carrier are being treated at the US Naval Hospital in Guam for coronavirus symptoms.

So far, 589 crew members of the Theodore Roosevelt have tested positive for the coronavirus.

Weeks to go before Canada can start reopening economy


It will be weeks still before Canada can start reopening the economy, and any such effort will be done in stages and in coordination with the 10 provinces, Prime Minister Justin Trudeau said on Tuesday.

Trudeau also told a daily briefing that he would soon have more to say about a promised aid package for the oil and gas industry, which has been hard hit by the coronavirus outbreak. He did not give details.

Authorities across Canada have ordered a shutdown of non-essential businesses, throwing millions of people out of work. The jobless rate is set to soar to 25 per cent from around 6 per cent before the crisis struck.

“Everyone is very interested to know when things are going to get back to normal, when they’ll be able to go back to work. … The reality is, it is going to be weeks still. We recognise that it is going to be important to get our economy going and we will have to do it in phases,” Trudeau said.

Finland encourages use of masks in U-turn


Finns should now wear masks when outdoors, the country’s public health chief said on Tuesday, reversing previous advice that widespread mask usage would not slow the spread of the coronavirus.

Markku Tervahauta, head of Finland’s Institute of Health and Welfare (THL), said the policy change came after recent studies showed that the virus is spread by asymptomatic people more than previously thought.

“I recommend that people wear fabric masks to protect others from possible infection,” Tervahauta told the newspaper Helsingin Sanomat.

The recommendation will not be enacted into law, Tervahauta said, as authorities cannot monitor the quality or availability of fabric masks, which people can make for themselves at home. People should not try to obtain professional grade protective equipment, he said, to ensure sufficient stocks for health workers.