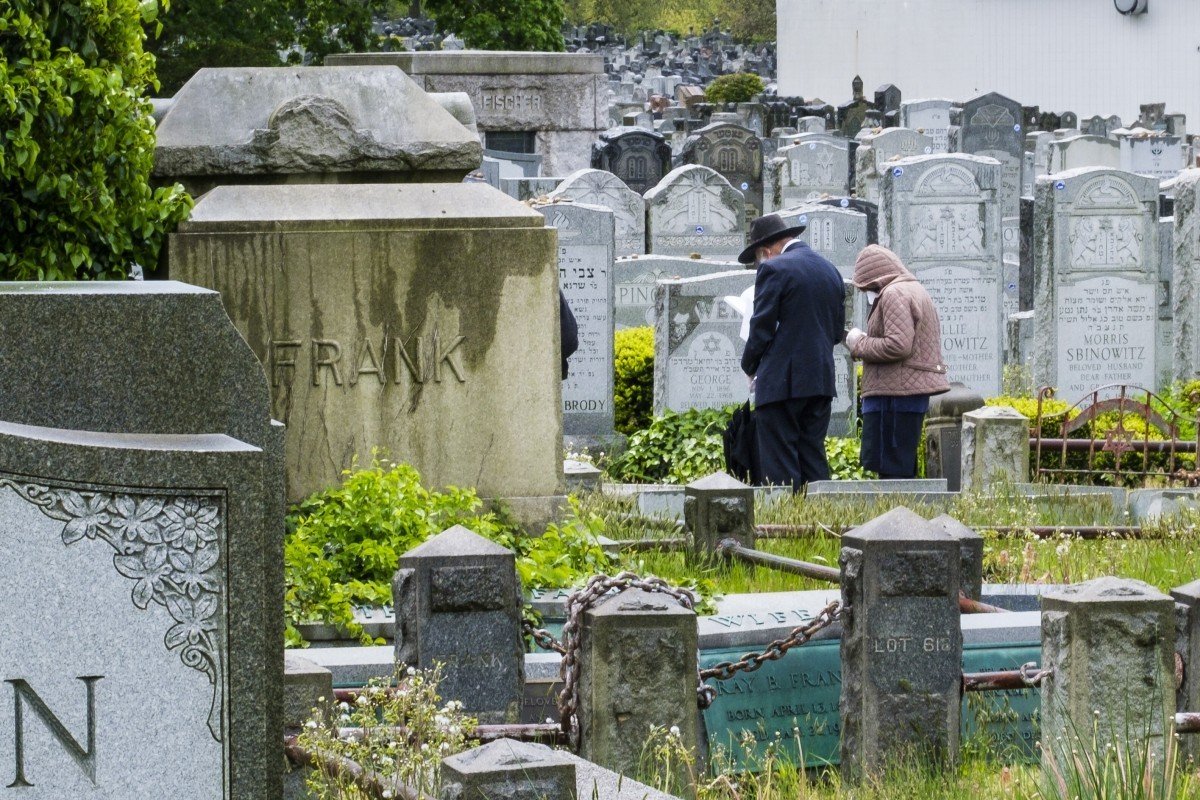 WHO warns countries are ‘driving blind’, as US deaths top 80,000

A top world health official warned on Monday that countries are essentially driving blind in reopening their economies without setting up strong contact tracing to beat back flare-ups of the coronavirus.

The warning came as France and Belgium emerged from lockdowns, the Netherlands sent children back to school. A number of US states continued to lift their business restrictions as well, even as the nation’s death toll climbed past 80,000, by far the highest recorded by any country.

Fears of infection spikes in places that have loosened up have been borne out in recent days in Germany, where new clusters were linked to three slaughterhouses; in Wuhan, the Chinese city where the crisis started; and in South Korea, where one nightclub customer was linked to 85 new cases.

Authorities have warned that the scourge could come back with a vengeance without widespread testing and tracing of infected people’s contacts.

Health officials in the US will be watching closely in the coming days for any resurgence of the virus two weeks after states began gradually reopening, and efforts to assemble contact-tracing teams are under way there and in Europe.

WHO emergencies chief Dr Michael Ryan said that robust contact tracing measures adopted by Germany and South Korea provide hope that those countries can detect and stop virus clusters before they get out of control. But he said the same is not true of other countries exiting their lockdowns, declining to name specific countries.

“Shutting your eyes and trying to drive through this blind is about as silly an equation as I’ve seen,” Ryan said. “And I’m really concerned that certain countries are setting themselves up for some seriously blind driving over the next few months.”

Other countries are far behind Germany. Britain abandoned an initial contact-tracing effort in mid-March when the virus’ rapid spread made it impossible. Now it is recruiting 18,000 people to do the legwork of tracking contacts.

In the hardest-hit corner of the US, contact tracers in New York began online training Monday, and Governor Andrew Cuomo said some upstate areas, including the Finger Lakes, could ease their restrictions after Friday. Contract tracing across the rest of the US is a patchwork of approaches and readiness levels.

The US has seen 1.3 million confirmed infections and about 80,000 deaths, the most in the world by far, according to a tally by Johns Hopkins University. Worldwide, over 4 million people have been reported infected and more than 280,000 have died, over 150,000 of them in Europe. Health experts believe all those numbers understate the true toll of the outbreak.


US coronavirus deaths topped 80,000 on Monday, according to a tally by Johns Hopkins University, as nearly all states have taken steps to relax lockdown measures.

Deaths in the United States, the epicentre of the global pandemic, have averaged 2,000 a day since mid-April despite efforts to slow the outbreak.

The toll is higher than any fatalities from the seasonal flu going back to 1967 and represents more US deaths than during the first eight years of the Aids epidemic, from 1981 to 1988.

Total coronavirus cases in the United States have exceeded 1.3 million, with infections rising in such states as Mississippi, Minnesota and Nebraska, highlighting the risk of a new wave of Covid-19 outbreaks.


Turkish President Recep Tayyip Erdogan on Monday announced a four-day lockdown from May 16 in Istanbul and other major cities as part of measures to stop the spread of the novel coronavirus.

Since the start of the outbreak, Turkey has had all-day weekend curfews in 31 cities including Istanbul and the capital Ankara. May 19 is a public holiday in Turkey, so the government decided to extend the weekend curfew until Tuesday.

Erdogan said his government had begun taking steps to return the life to “normal” but he warned that nothing would be the same as before.

“We have entered a new period” where rules of hygiene and social distancing need to be strictly followed, he said. “We have seen the examples in the world of how complacency could lead to big catastrophes.”

Last Sunday, anyone over 65 was allowed to go out for four hours – for the first time since March 21. They will be allowed to do the same this weekend.

On Monday, shopping malls opened in Turkey as well as barber shops and hair salons.

The government hopes the domestic tourism sector can reopen in June after the Eid holiday, which follows the Muslim fasting month of Ramadan.


Chile is ditching plans to pioneer a system of immunity cards for those who have recovered from Covid-19 following warnings it could fuel discrimination – and more infection.

The system, which would have been the first of its type in the world, was officially halted for one of the very reasons it was initially considered – to avoid creating a two-tier jobs market, Health Minister Jaime Manalich said on Sunday.

The point of such a plan, contemplated in a number of countries including the US, was to clear those no longer at risk to themselves or others for a return to full social integration.

But upon further reflection, that gave them a leg up over everyone else in the job market at a time of deep economic retrenchment. There is also insufficient evidence to prove that a person cannot be infected again or spread the virus after recovery.

The announcement not to press ahead with the plan came on the same day that Chile reported a record number of new cases – 1,647 in one day – in what the government has started to call the “battle for Santiago.”

The disease is now spreading fast in central Santiago, infamous for its tightly packed high-rise blocks known locally as vertical ghettos. The government has responded by expanding the number of neighbourhoods under lockdown, particularly in the poorer areas of Santiago, and tightening restrictions in those areas.

The total numbers of cases in Chile, with a population of 18 million people, now stands at more than 30,000 with 323 fatalities, which ranks fifth and seventh respectively in Latin America and the Caribbean.


A worker at a fish-processing factory in Ghana’s Atlantic seafront city of Tema infected 533 other workers at the facility with the coronavirus, Ghana’s President Nana Akufo-Addo said in a broadcast late on Sunday.

Health authorities reported the outbreak late on Friday, but did not provide details.

“All 533 persons were infected by one person,” Akufo-Addo said. He did not say how the disease spread in the facility or if safety measures had been in place.

He said that the 533 positive cases, which represent around 11.3 per cent of Ghana’s total infections, were part of a backlog of about 921 cases going back as far as April 26 that are only recently being reported.

There are two large fish-processing plants in Tema, one owned by Thai Union Group, the world’s top producer of canned tuna, and another owned by a local company called Cosmo Seafoods Company.

Abraham Koomson, the head of the Ghana Federation of Labour, said the 533 cases were at Thai Union’s Pioneer Food Cannery plant and that the facility had closed down. He said a handful of Cosmo Seafoods workers had also tested positive.

A Thai Union spokesman had no immediate comment. Cosmo Seafoods and government health officials were not immediately available for comment.

The new cases pushed Ghana’s total since the pandemic was first reported in the West African nation in mid-March to 4,700 as of Sunday night, the highest number of infections in West Africa. The president said 22 people have died of coronavirus-related causes, while 494 have recovered.