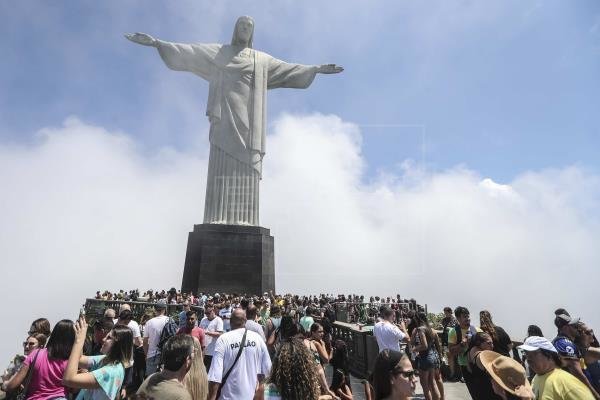 Gangs in the Rio de Janeiro have enforced a lockdown from 8pm tonight. The statement reads: "If the government won't do the right thing, organised crime will"

Residents of different communities in Rio report messages from traffickers and militias imposing a curfew on the population due to the pandemic of the new coronavirus.

The state government has already imposed some restrictions to isolate the capital of Rio de Janeiro and try to contain the spread of the virus. Measures were taken to reduce the operation of trains, ferries and the subway. However, no curfew was determined, with a set time for residents to be at home.

Going beyond the measures taken by the state, a message sent by social networks advises that the population does not leave the streets after 8 pm.

"Attention all residents of Rio das Pedras, Muzema and Tijuquinha !!! Curfew from 20:00 today. Whoever is seen on the street after this time will learn to respect the next one !!!".

In another publication, the note orders the curfew every day, at the same time, and says:

"We want the best for the population. If the government does not have the capacity to fix it, organized crime will solve it."

In this case, the MESSAGE is more important than the messenger...

If you're to think about it, the gangs need everyone alive as much as the government. They both would rather receive taxes/payment from a healthy society.