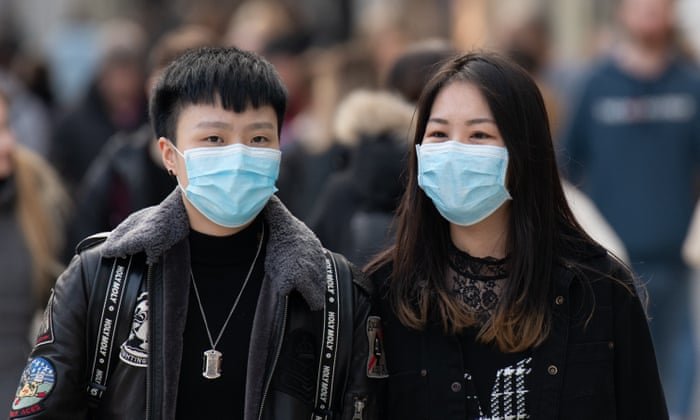 Coronavirus hits men harder. Here's what scientists know about it

The early evidence leaves little doubt that Covid-19 poses a greater risk to men – but are the reasons biological or cultural, asks science writer Philip Ball
The coronavirus crisis seems to be placing everything under a harsh, unforgiving spotlight: economic inequality, the vulnerabilities of healthcare systems, the fragility of globalisation and the challenges of dealing with scientific uncertainty. Here’s another issue for that list: men’s health.

It’s no secret that males are in many respects the frailer sex. On average, men die younger and are at more risk of life-threatening ailments, especially heart disease and many forms of cancer. The Sars-CoV-2 coronavirus seems to follow the same pattern. In all six of the countries that, up to 20 March, had sex-specific records of deaths from Covid-19, the proportion of men was higher than women. For four of those (China, France, Italy and South Korea), male mor
tality rates were more than 50% greater than female rates.

It’s best not to place too much trust in the exact figures: some of the data could be skewed by differences in the extent of testing, and how deaths are recorded and reported. But there seems good reason to trust the general trend: this coronavirus hits men harder.

We don’t know why – but it doesn’t necessarily reflect differences in biology. Covid-19 is more dangerous for people with existing health issues, particularly cardiovascular or pulmonary (lung-obstructing) problems or hypertension – and these are all conditions that disproportionately affect men.

Part of the reason for that is behavioural: on average, men indulge in more health-damaging habits such as smoking and drinking. Smoking is particularly suspected to cause the higher risk in men: in South Korea, where the ratio of male to female Covid-19 deaths is close to 2:1, the male smoking rate is the highest of all OECD countries, while the female smoking rate is the lowest. It’s possible that other differences in behaviour also play a part – for example, compliance with handwashing advice.

Yet biological differences could well be involved too. Men have weaker immune systems and so are more susceptible to a range of infectious diseases, such as those caused by bacteria. One potential explanation is that sex hormones, which differ in men and women, are involved in the way the immune system triggers an inflammatory response to pathogens.

Based on past pandemics, we would expect that SARS-CoV-2 would pose a greater risk to men. This coronavirus is closely related to the virus that caused the Sars (severe acute respiratory syndrome) outbreak in 2003, for which the mortality rate was significantly higher for men. In Hong Kong, for example, 21.9% of males with the disease died, compared with 13.2% of females. Here too it is possible that the higher proportion of smokers among men contributed to the difference – but one study found that there was also a higher death rate among male mice infected with the Sars virus, suggesting that sex differences in the immune response were responsible too.

There’s still plenty that we don’t understand about the sex differences seen so far for Covid-19. But there is also plenty to reflect on. Sex differences in our vulnerability to this coronavirus and other life-threatening diseases are shaped by social norms and practices. On the one hand, drug testing has neglected women (as well as females in animal tests), sometimes on the grounds that their hormonal cycles “complicate” the results, with the consequence that some approved drugs have had disproportionate and unforeseen side-effects on women. On the other hand, we insist on portraying men as the “stronger sex” to whom seeking medical help is a sign of weakness – until suddenly it’s too late.

Our societies often seem determined to encourage these disparities. Cigarette marketing, at least until the 1980s, targeted men with stereotypes of the rugged, independent male. Today, smoking is seen in China and other Asian countries not just as masculine but as an almost essential aspect of business relations and male bonding. While many problems of gender disparities in global health stem from underrepresentation of women in all sectors, reinforcement of such stereotypes causes problems for both sexes.

And although health conditions fall more heavily on men, they are also less likely to do anything about it. Many studies show that women are considerably more likely to seek healthcare advice. Even though men are at greater risk of many types of cancer, one recent study in the US suggested that only men who had already received a cancer diagnosis used healthcare services as frequently as women. Without making any assumptions about individual cases, the cliche of an ill man who dragged himself prematurely back to work and only made things worse is partly grounded in reality.

The sex differences in susceptibility to Covid-19, then, are a reminder of issues we have long known about but are failing to address. Even the highly incomplete statistics on these differences themselves reflect a failure to recognise longstanding WHO recommendations to separate the numbers by sex, so causes and responses can be better understood. Probably for both biological and cultural reasons, men and women are often affected differently by disease. But until we understand why, we are all the losers.
Add Comment