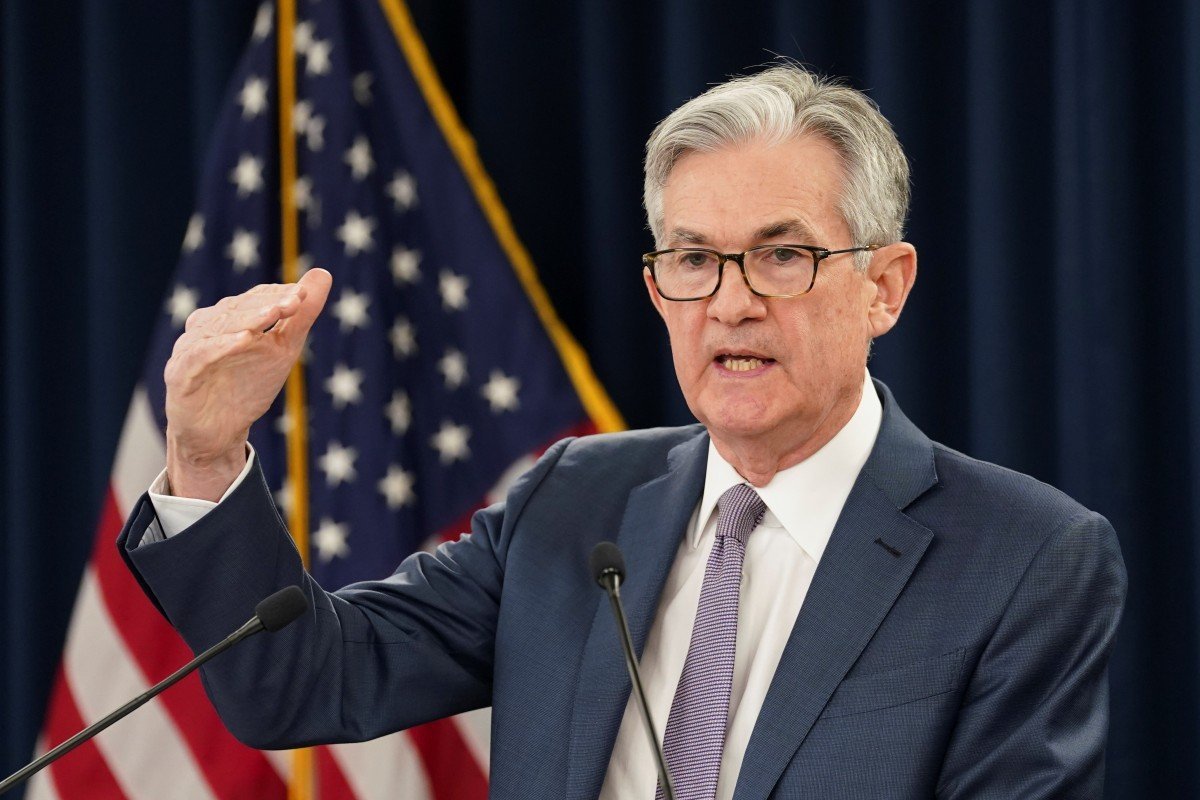 Half-percentage point emergency cut is the largest since the 2008 financial crisis amid growing concerns that the virus poses an outsize threat to the economy. US stock markets plummet as uncertainty caused by Covid-19 outweighs stimulus

The US Federal Reserve made an emergency interest rate cut of half a percentage point on Tuesday in an effort to support the economy in the face of the spreading coronavirus.

It was the Fed’s biggest rate cut since December 2008, during the financial crisis.

Morgan Stanley researchers led by Ellen Zentner said in a report on Tuesday that “policymakers are not waiting for financial conditions to tighten before acting, as they did last year”.

“They are pre-empting potentially significant financial market disruptions that could amplify downside effects from economic disruptions resulting from the coronavirus.”

But US stock markets were down sharply on Tuesday. The Dow Jones Industrial Average dropped nearly 800 points, or 2.94 per cent, while the S&P 500 and Nasdaq also fell by almost 3 per cent.

“The unfolding nature of the coronavirus threat – both real and perceived — is not yet quantifiable and, as such, the current global policy response can't immediately be judged as sufficient or insufficient for restoring investor confidence in the short term.”

At a news conference, Powell said the virus “poses evolving risks to economic activity.” As it continues to spread, he said, “the risks to the US outlook have changed materially”, signalling a growing concern that it poses an escalating threat and could hit the global economy harder than previously expected.

The negative market reaction indicates the fear the spreading contagion may exert on global growth.

Even after Powell’s announcement, US President Donald Trump urged that the central bank must do even more.

Even before the Fed’s action, economists had been cautioning that lower interest rates were not the ideal prescription for the threat posed by Covid-19, the pneumonia-like disease caused by the coronavirus.

Lower rates can lead people and businesses to borrow and spend, which can boost economic activity. But they cannot directly address the problems that the virus has caused – from closed factories to cancelled business travel to disrupted supply chains.

Zentner at Morgan Stanley said that although the rate cut would not be effective in dealing with public health or supply chain issues, “where easier Fed policy would help is to boost the economy, and particularly to support accommodative financial conditions and avoid tight financial conditions”.

The researchers said they expected the Fed to cut the benchmark rate further. “Following today’s action, we are expecting the Fed to deliver a 25 basis point interest rate cut at its April meeting,” they said.

Powell said the Fed would not rule out further actions “especially if increased [coronavirus] testing in the United States results in rising case counts that leads to more volatility and uncertainty”.

Globally, the seven major economies, or G7, pledged on Tuesday to use “all appropriate tools” to deal with the spreading contagion.

The group of major industrial countries – Italy, Germany, Japan, Canada, France, the US and Britain – said it was “ready to take actions, including fiscal measures where appropriate, to aid in the response to the virus and support the economy”.

The joint statement followed an emergency conference call among the finance ministers and central bank presidents, led by Powell and US Treasury Secretary Steven Mnuchin.

The G7 has issued similar joint statements during periods of extreme market turmoil, such as after the 9/11 terrorist attacks and the 2008 financial crisis.

The Dow plunged 11 per cent last week in its worst week since 2008.

“Given the potential impacts of Covid-19 on global growth, we reaffirm our commitment to use all appropriate policy tools to achieve strong, sustainable growth and safeguard against downside risks,” the G7 said.

On Monday, the Organisation for Economic Cooperation and Development (OECD) lowered its forecasts for global growth in 2020 by half a percentage point, to 2.4 per cent – and said the figure could go as low as 1.5 per cent if the outbreak is sustained and widespread.

The OECD said the coronavirus – which was first reported in China in December but has spread to 60 nations in Europe, the US, Latin America and other parts of Asia – could cause the world economy to shrink this quarter for the first time since the financial crisis that began in 2008.